Electricity demand in Australia has barely budged since COVID-19 took hold. Many may be wondering: after months spent largely at home, are huge household power bills on the way?

The answer, largely, is no. But as the pandemic forces hundreds of thousands of Australians into unemployment, some will still struggle to pay their electricity bills.

A mass failure to pay would threaten the viability of electricity retailers. If some folded, this would reduce market competition and drive up energy costs for everyone.

So let’s take a look at how stay-at-home measures are affecting energy demand, and what the coronavirus pandemic means for electricity consumers in Australia. 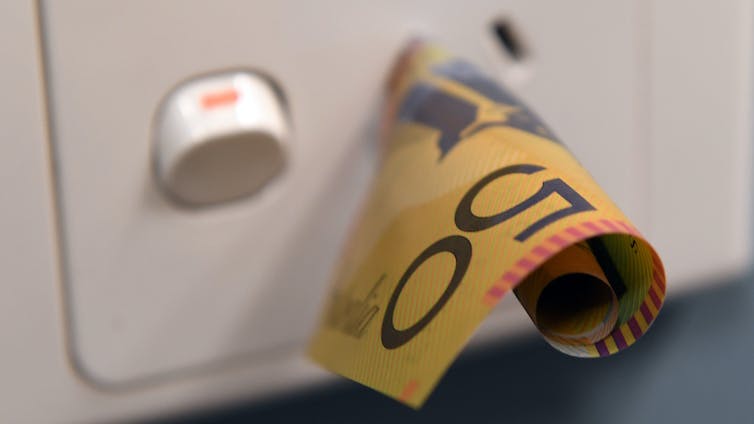 The unemployed may struggle to pay their electricity bills this winter. Julian Smith/AAP

We’ve assessed how social distancing restrictions have affected both demand for electricity and “mobility” (the movement of people) in Australia, New Zealand, the US and the UK.

Interestingly, changes in electricity demand and mobility go together and were significantly different across the countries after strict stay-at-home rules were imposed in late March.

Grid-based electricity demand in both the UK and New Zealand has declined significantly (20% and 15% respectively). Demand is largely unchanged in Australia and has declined about 5% in the US overall, relative to the baseline.

Read more: How changes brought on by coronavirus could help tackle climate change

Among Australian states, electricity demand has declined in New South Wales by around 5%, and increased slightly in Western Australia and Tasmania. Demand is largely unchanged in Victoria, South Australia and Queensland compared to the baseline.

The relative strictness of social distancing policies seems to be the main driver of changes in electricity demand. For example, unlike New Zealand, Australia’s construction industry was not subject to lockdown restrictions, which meant electricity use in that sector has continued.

Of course, many factors affect electricity demand, and further analysis is required to isolate the precise impact of social distancing policies. 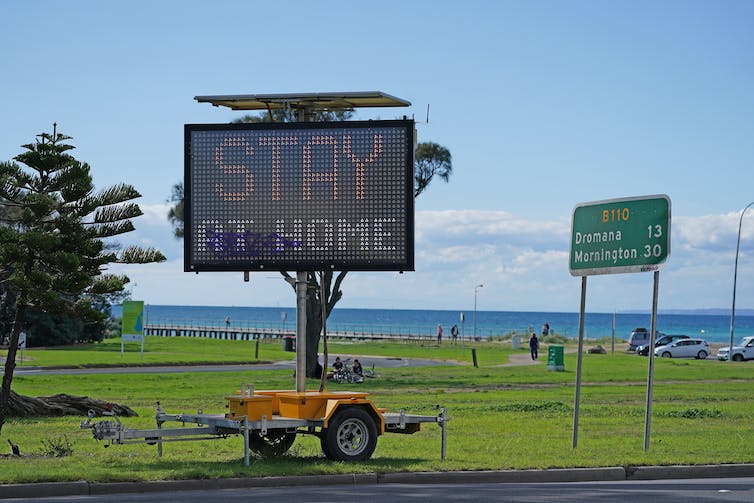 To crosscheck changes in electricity demand, we examined the change in the movement of people to retail, recreation and workplace locations as measured in Google’s COVID-19 Community Mobility Reports. These reports use location history data from users to create a picture of how people are moving around the community.

Mobility changes are consistent with the change in electricity demand: since stay-at-home restrictions were imposed, falls in mobility have been about twice as large in New Zealand and the UK as in Australia.

Mobility in the US states of New York and California has declined more than in Australia, but less than in the UK and New Zealand. 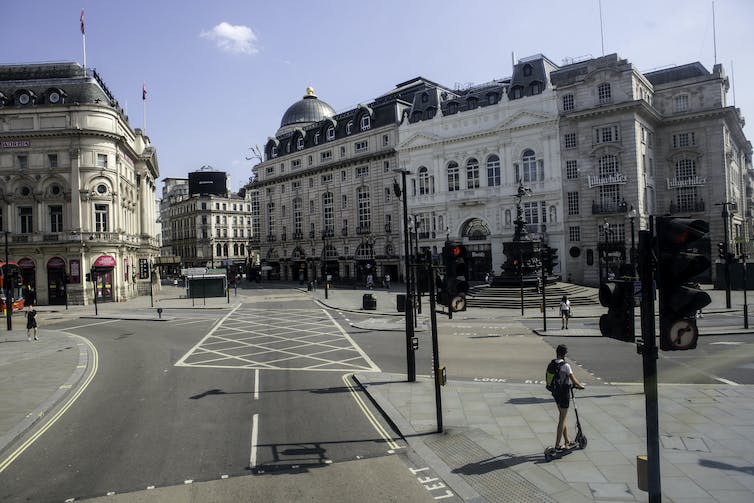 An empty London street. Electricity demand and mobility in the UK has fallen since social distancing was enforced. SOPA Images

What to expect this winter

In Australia, electricity demand from households has increased slightly as millions of people stay at home, prompting warnings of bill shock. But activities such as boiling the kettle and cooking more often, and keeping lights on all day, do not make a big difference to consumption.

This will change in winter, when we need to keep our houses warm. Households using split-system air conditioners for heating can expect seasonally adjusted electricity bills to be around 10-20% higher if they’re heating the house 24 hours a day, rather than just briefly in the morning and again in the late afternoon and evening.

But demand will vary greatly depending on weather and a home’s size, insulation, efficiency of heater and so on.

Read more: Finally, your electricity bill looks set to fall. Here's how much you could save

Averaged across all Australian households (and assuming social distancing regulations continue to apply in winter), we expect total residential electricity consumption to be a little higher this winter than in previous years.

Differences will be more pronounced in the colder states: Victoria, Tasmania, South Australia and to a lesser extent New South Wales. The warmer states of Queensland, Western Australia and the Northern Territory will see little change. 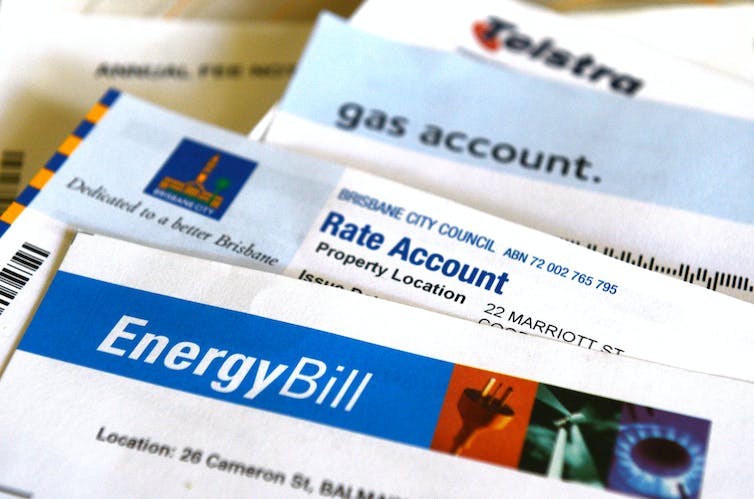 Many Australians are worried about bill shock this winter. Dan Peled/AAP

While overall electricity demand might not shift much in Australia, skyrocketing unemployment may create a surge in the number of households struggling to pay their energy bills, even with Jobkeeper payments.

Long before the pandemic, regulators, governments, retailers and customer groups had worked to improve consumer protections such as hardship policies. These measures are now likely to be put to the test.

There are signs that electricity retailers are already anxious about looming non-payment. For example, some retailers have offered incentives for customers to take up direct debit, or cash-back for bills paid in advance.

Retailers pay for both the electricity produced, and its transport. If many thousands of customers can’t pay their bills, some retailers may become financially unviable. The smaller retailers have the weakest balance sheets and are most at risk.

But these small companies are the lifeblood of competition in Australia’s retail electricity markets. Losing them would, in time, translate into higher prices.

In Queensland, the government has announced assistance to electricty consumers in response to COVID-19.

If utility non-payment spirals and retailer viability is seriously threatened, governments and regulators might consider ways to share the risks more broadly, to protect competition and consumers.