A year later, amid an ongoing elevated terror level, the government has quietly dropped its promises the laws will prevent future mass shootings. It has shifted instead to platitudes about never wanting to see repeats of such horror, and vague assurances about making people “feel safe”.

The government aimed to have more gun laws in place before the first anniversary of the massacre, but it is unclear whether its bill – which focuses on creating a national gun register, substantially altering requirements around legal firearm ownership and making numerous other administrative reforms – will pass parliament.

The opposition National Party does not support the bill. It has raised serious concerns that many proposals ignore evidence about what does, and does not, work to reduce firearm violence.

Even the NZ First Party, which is in coalition with Labour, is voicing doubts – including about whether police are fit to administer the laws.

This marks a major shift from the almost unanimous passage of laws banning “military style” and many other semi-automatic firearms less than a month after the Christchurch shootings.

Political appetite for extensive gun law change appears to have diminished considerably – but why?

There are three key issues that help to explain this.

Similar to Australia’s response following the Port Arthur massacre in 1996, New Zealand implemented an amnesty period and compensation scheme (“buyback”) to facilitate newly prohibited firearms being handed in to police.

Estimates about the total number of now-prohibited guns in circulation in New Zealand before the buy-back have varied wildly, from a remarkably convenient 56,000 to a far more awkward 300,000. 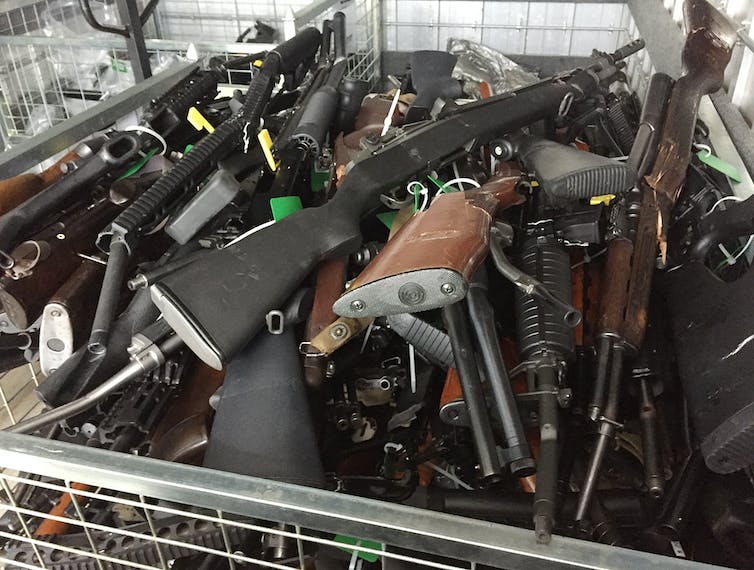 The figure commonly bandied about in the media is 170,000, suggesting a compliance rate of under 30% (similar to - or even lower than - Australia’s estimated compliance rate).

Challenging government statements that the amnesty and buyback scheme have been a success, opponents highlight the prospect the same black market that appeared in Australia following the 1996 laws is now going to occur in New Zealand. They also cite international research showing hand-in programs are ineffective at tackling crime.

Drawing on Australian and Canadian evidence, the National Party has further

In response, the government says it has “got to be a good thing” there are fewer guns in the community. It also cites public opinion polls showing support for strengthening gun laws.

However, it has been unable to provide credible evidence to support its belief the laws will have a direct effect on firearm misuse.

Police issued the perpetrator of the Christchurch massacre with a gun licence shortly after he arrived in New Zealand, and were seemingly aware of the firearms he owned.

It has been suggested he was not properly vetted and if he had been, he would not have been issued a licence. Police deny this, but the allegations have not been independently investigated.

Read more: A national amnesty will not rid Australia of violent gun crime

Was there a failure to enforce existing laws prior to the Christchurch shootings? It would be hoped not, but what we know about Australian mass shootings suggests New Zealand cannot ignore this possibility.

The royal commission into the attacks may consider this issue, but its terms of reference are somewhat open to interpretation.

Moreover, its report is not being released until late April. The government has been pressing hard to get its new gun laws passed before then, giving the impression it expects findings that could run counter to its policy positions. Whether or not that turns out to be true, it is not a good look. 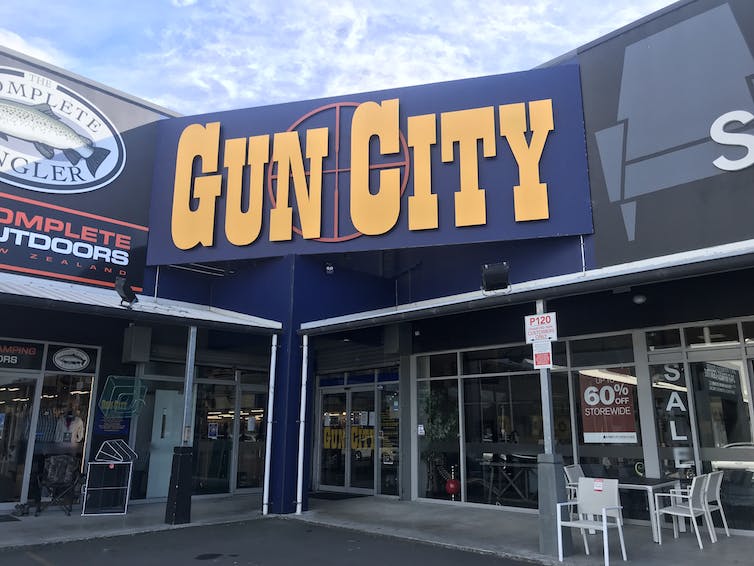 The firearms store in Christchurch where the mosque shooter acquired four of the five guns he used in the attack. Karen Sweeney/AAP

There were raised eyebrows when, during the first round of gun law reforms, the select committee process was shortened to just one week.

This has been followed by questions about the committee considering the second tranche of proposed laws. The bill was not sent to the Justice Committee, where firearm matters most logically sit. Rather, it was sent to the Finance and Expenditure Committee, which focuses on economic and fiscal policy, taxation and related matters.

Sending a bill to that committee greatly improves the chances of findings favouring the government. Unlike other committees, which tend to have an even split of members from opposing sides of the floor, the 13-member Finance and Expenditure Committee has a majority of members from the Labour-NZ First coalition.

The committee recommended a small number of what are essentially “cosmetic” rather than “substantive” changes to the bill. Nevertheless, the overall impression is the government is more focused on a scoring a “political win” than on carefully considered legislative development.

What else is going on?

The government and its supporters have tried hard to characterise criticism as nothing more than “gun lobby pressure”. This simplistic response seeks to deflect and delegitimise reasonable analysis of whether the proposed measures are really going to achieve their stated outcomes.

It also makes the government look fearful of being questioned and unable to provide arguments that withstand serious scrutiny.

Recent polls provide further insight. Labour is facing a battle to retain power in this year’s general election. And critics have cast it as inept and struggling to perform on a range of domestic policy issues.

Some commentators also speculate Prime Minister Jacinda Ardern is less interested in handling domestic matters than in positioning for a future UN role. Others say her party is too quick to embrace symbolic but poorly thought-out measures.

Read more: One year on for Ardern's coalition government in New Zealand

Against this background, it would be naive to believe the government is not trying to use gun laws to boost its re-election hopes. Again, this mimics Australia, where political parties use gun policy to signal their moral and law and order credentials.

Yet, in one regard, the two countries diverge. In Australia, tactics such as sloganeering, deflecting close examination of policy, shifting goalposts and discrediting those who ask unwelcome questions have been meekly accepted.

Based on the bipartisanship in New Zealand immediately following the Christchurch shootings, there can be no doubt New Zealand’s government expected an equally smooth run. Instead, it is being held to account and seems affronted by that.

Inevitable political horse-trading may still see the laws pass. But rather than unifying the country, it appears government overreach has instead paved the way for distrust and division. And when it comes to that, sadly, New Zealand and Australia are again in step.