By the 20th anniversary of Harry Potter in 2017, over 400 million Harry Potter books had been sold worldwide and translated into 68 languages. In spite of J. K. Rowling’s rejection by a dozen publishers before her success with Bloomsbury, Harry Potter and the Philosophers Stone became one of the best selling books of all time.

With bars, theme parks, fan conventions, mugs, costumes and knitting patterns going gangbusters, it seemed the little wizard could do no wrong. Words like “muggle”, “quidditch” and “Hogwarts” have become part of our vocabulary. But more than a decade since the last Harry Potter book was published, it appears the lucrative spell is wearing off. 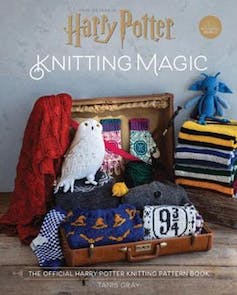 For the wool wizards. Booktopia

Page to screen to stage

Since the end of the beloved series (the last book in 2007 and film in 2011), there have been two spin-off stories: the film Fantastic Beasts and Where to Find Them, and the play Harry Potter and The Cursed Child, both released in 2016. The film’s sequel Fantastic Beasts: The Crimes of Grindelwald was released in 2018.

The first Fantastic Beasts film performed reasonably well at the box office, grossing US$814 million worldwide (A$1.2 billion), which is within the earnings range of the first eight Harry Potter films.

However, the Fantastic Beasts sequel resulted in less box office revenue than the first, at US$654 million (A$1 billion) globally, the lowest grossing of all the “Harry-verse” films.

Subsequent questions have been raised about how the third planned film will perform, let alone the rest of the five-film series that had previously been mooted.

The Harry Potter and the Cursed Child play is broadly considered a West End and Broadway success and has toured internationally. Despite the huge amount of money invested and the creative approach taken in promoting the production, ticket sales have seen a considerable drop in the past year (50% since their peak). 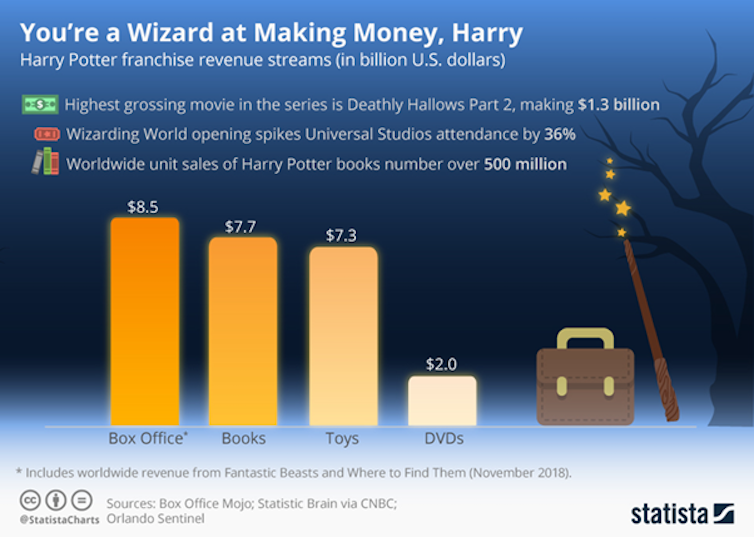 In and of itself the play was always going to be a challenge: it is a two-part production which means theatre goers have to buy two tickets and attend twice. The producers say it is intended to be seen “in order on the same day (matinee and evening) or on two consecutive evenings”.

This makes cost a problematic factor. It’s also a big time commitment. The play has a rather daunting running time of around two hours and 40 minutes each time, making a total duration of just over five hours. That’s likely to be too much for many young fans. 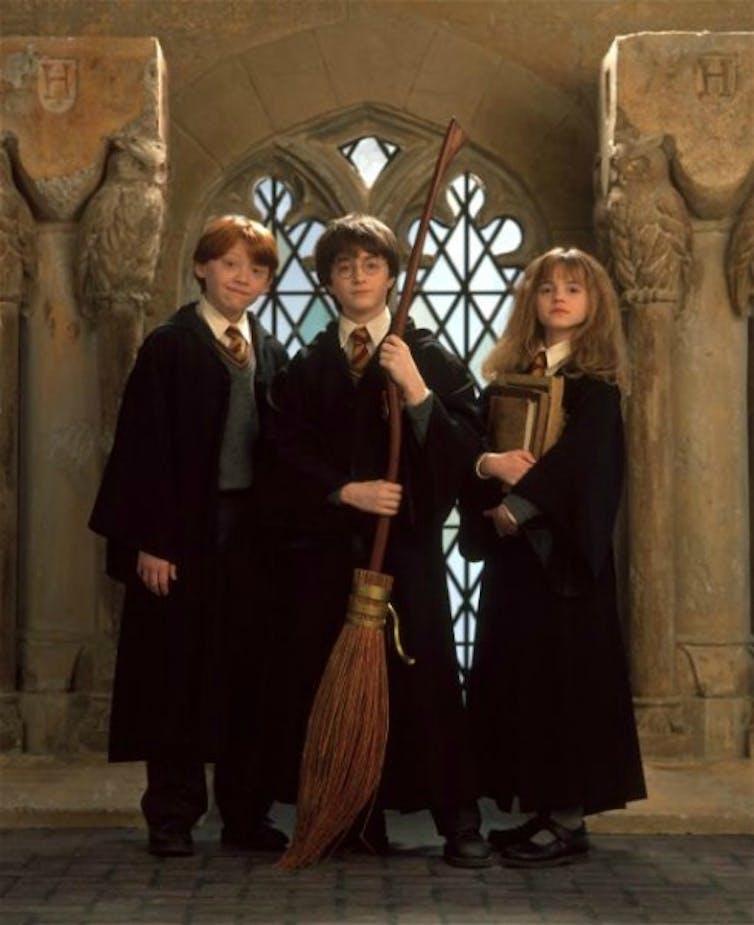 And about those “young fans”. When the Harry Potter and the Chamber of Secrets movie debuted in 2002, 60% of the audience was under the age of 15. This cohort are now in their 30s and this age group is considered as “non-theatre goers”. In the UK the average theatre audience member is 52. The average age of the Broadway theatregoer is 42 years old. Australian audiences at musicals and operas were last estimated to be predominantly between 55 and 74 years of age in 2014.

Another huge part of the appeal with the books and the films is the incredible fantasy world presented. Though audience members were encouraged to #keepthesecrets, transferring the magic of film CGI to the stage is an obvious challenge.

Another issue could be the recasting of Harry, Hermione and Ron. Not only are the famous three played by completely new people, but they’re no longer the young mischievous kids who captured our hearts.

The play, also published as a book, is set 20 years on from the last film, and Harry and the gang are all grown up. Daniel Radcliffe, Emma Watson and Rupert Grint have become so cemented as their characters, it is a stretch for audiences to accept anyone else in these roles.

As well as challenges with the play, there are reports that ticket sales for theme parks and book sales are also slowing. Perhaps this is to be expected, given the nature of marketing “momentum”.

Marketers build momentum through exposure of their brand, product or service and through generating excitement. But eventually, when a product has been in the market for a certain period of time, momentum inevitably slows. Demand subsequently drops and may fall away completely. 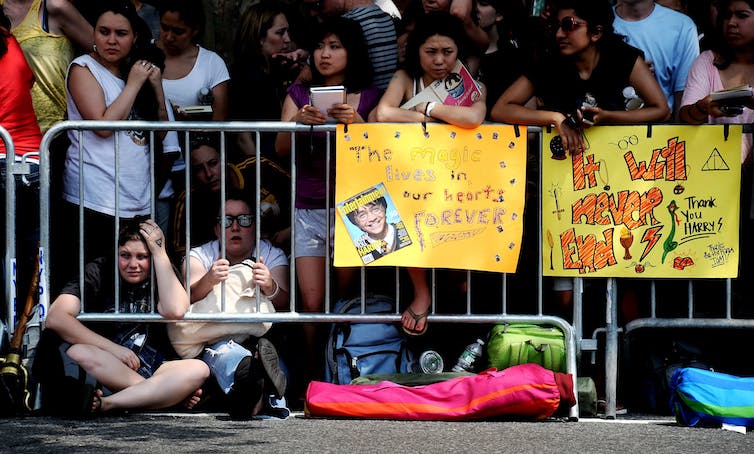 For some Harry Potter fans ‘it will never end’. EPA/Justin Lane

Product campaigns – and Harry Potter is indeed a product – need certain elements to be successful. It all starts with marketing the right product, promoted with the right message to the right audience at the right time. Marketers add momentum into this mix and voila - you have marketing gold. The Harry Potter franchise ticked these boxes in a way that few brands have ever done, providing wonder and delight to audiences worldwide and riches to its creator.

Over 20 years later, the highly successful book and movie franchise, and all its various spin-offs, may finally be losing momentum.

Perhaps another fictional character will take his place. There are no doubt authors sending their pitches to a dozen publishers right now and hoping this will be the case. Or maybe Harry Potter was a once-in-a-lifetime wizard.