The National Disability Insurance Scheme (NDIS) promises a life-changing opportunity for Australians living with disabilities to get the supports they need to engage and participate fully in their communities.

The size, complexity and rapid roll-out of the NDIS meant that teething problems would inevitably arise.

People with a mental illness were the last group to be included in the NDIS. Initial planning focused on physical and intellectual disability, failing to recognise the unique needs and challenges of people with psychosocial disabilities.

While some refinements have occurred in the years since the roll out, more changes are needed to make it easier for eligible Australians with a severe mental illness to get into the NDIS, and then get the supports they need.

Read more: The NDIS is changing. Here's what you need to know – and what problems remain

Why it’s hard to get into the NDIS

To gain access to the NDIS, people need to gather and submit evidence to prove that their mental illness results in a disability.

Sometimes a mental illness does not have a long-term effect on the person’s ability to study, work or look after themselves. These people don’t have a psychosocial disability and they don’t need the NDIS.

However mental illnesses – including schizophrenia, depression, and a range of other types of illness – do often have a long-term effect on a person’s ability to do these everyday activities. This is when their mental illness results in a psychosocial disability and the NDIS is needed.

To gain access to the NDIS, they also need to prove that this disability is permanent.

This can be incredibly difficult.

Many people with a severe mental illness don’t recognise they have an illness or disability and don’t access supports and treatments.

They may be unaware that they’re potentially eligible, or too unwell or fearful to engage with the NDIS, unless someone reaches out and builds their trust over time.

People with psychosocial disabilities often live transient lives, disconnected from or only sporadically involved with mental health services. This means they won’t have the evidence they need to prove permanency.

Another barrier is that psychosocial disabilities, unlike other types of disability, typically fluctuate. Many people – whether they have schizophrenia, depression or another mental illness – have times where they’re unable to do even the most basic tasks needed to look after themselves and just getting out of bed is a struggle, while at other times their illness has less impact.

Finally, a mismatch between the NDIS language of disability, and the strengths-focused language that mental health services use, can create additional barriers to accessing the system.

While NDIS requires the person to be “permanently impaired”, clinicians strive to focus on hope and the potential of living a meaningful life. So they avoid using hopeless language such as “permanent”. If clinicians don’t use disability-related language in evidence they provide, the person is likely to be assessed as ineligible. 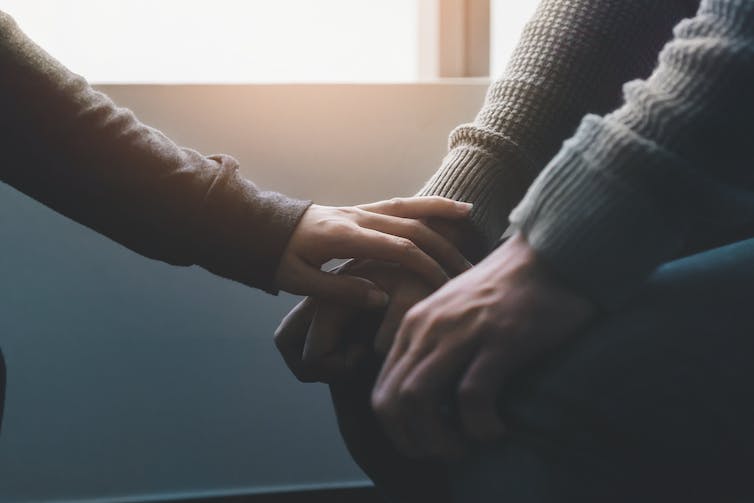 Clinicians try to avoid using hopeless language such as ‘permanent’ but this can be a barrier to accessing services. Chanintorn.v/Shutterstock

How to make it easier to get into the NDIS

The proposed solutions in this week’s independent review mirror those suggested by the more than 80 Australian mental health organisations that participated in our two national studies.

There is now strong evidence on what would make it easier for people with psychosocial disabilities to access the NDIS. This includes:

Read more: The NDIS is delivering 'reasonable and necessary' supports for some, but others are missing out

They are on the NDIS, now what?

Even if a person has successfully navigated the application process and are assessed as eligible, they might encounter problems accessing services that meet their needs.

These problems can include:

Read more: Women, rural and disadvantaged Australians may be missing out on care in the NDIS

The NDIS needs a new, psychosocial-specific stream with trained assessors, increased flexibility of plans and recognition of the need for support coordination.

For the NDIS to live up to its potential it needs not only flexibility, but ongoing input from experts, including people living with mental illnesses and their families.