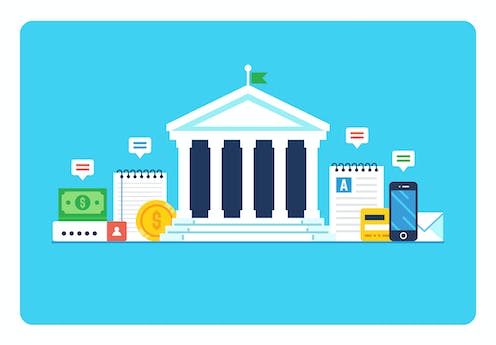 In politics, when you have little to show for your achievements, you can release a “roadmap” for what will supposedly be achieved in the future.

You can look on the bright side. Use phrases such as “ontology of capabilities”, and disregard a number of crashes, traffic jams, protests and policy detours.

When the strategy was launched last year, it was described as offering a “clear direction” for the government’s digital efforts over the next seven years. It would ensure Australia’s place as one of the “top three digital governments” by 2025.

Read more: What Australia can learn about e-government from Estonia

It purportedly offers a “complete view of digital activities” occurring across national government agencies, in the form of a roadmap spanning the next two years.

But if you’re someone who interacts with government, it’s worth asking questions about the basis of the strategy, and how Canberra communicates the often bumpy road to e-government.

E-government is a mantra, both a process and goal. In essence, it involves using digital technologies, notably the internet, to streamline interactions between government agencies and the public. Examples include payment of licences and taxes, business registration and allowance claims.

And taking that activity online should force bureaucracies to take a hard look at how they operate.

Problems on the transformation highway

Overall, there are benefits for national productivity and the taxpayer in taking government online. Most of us love the convenience of getting rid of paper and queues.

However, we should ask whether government as a whole needs to lift its game in how it deals with the public when transforming, and how it develops its priorities. Those priorities need to be more than “we can do it”, plus media opportunity.

If we look at what’s happening on the transformation highway, we might be sceptical about the value of the minister’s roadmap.

The Digital Transformation Agency (DTA), the latest iteration of government re-engineering agencies since the Paul Keating era, was championed by Malcolm Turnbull.

Without prime ministerial support, it has consistently underperformed in bureaucratic infighting. The Australian Taxation Office, and departments of human services, home affairs and defence have gone their own way.

It has also been affected by churn among senior staff, including several chief executives.

Former DTA executive David Shetler damned the strategy as lacking substance. That is a valid criticism of the document and associated “roadmap” report, which presents isolated projects across government as proof of a coherent strategy that is being delivered effectively.

In practice, digital initiatives originate and are implemented at department level. This reflects the authority and ambitions of individual ministers.

Read more: What a 'digital first' government would look like

It also reflects the imperatives of their departments and own agencies, administering statutory powers surrounding responsibilities such as migration, taxation and education.

The strategy thus resembles the traditional agreement to agree (rather than a coherent central direction), where different ministers and departments will continue their individual plans, while merely paying lip service to a whole-of-government approach.

It’s not something for which Robert can take much credit. And it doesn’t acknowledge concerns about underperformance.

E-government has been a mantra in all advanced economies for the past 20 years. Australia has discovered the road to e-government is more challenging than the maps provided by consulting or ministerial media advisors.

The expectation is that digital transformation will radically improve services to everyone who interacts with government. Ideally, it will reduce costs, increase consistency of services, and provide rich pools of data to enable smarter policy development.

It will get rid of paper, use large-scale data matching to detect criminal activity, and strengthen Australia’s artificial intelligence industry.

The vision is founded on a innovative whole-of-government approach. In practice, it is a document with little strategy. It essentially bundles initiatives “owned” by different ministers and put into action by separate departments in fierce competition for funds.

We need to look beyond a roadmap in which the government (and minister) claims credit for initiatives that are episodic, rather than strategic. Government doing what it’s meant to do, working smarter for us, is not a cause for celebration.

“Transformation” has produced some clear winners, independent of the strategy.

Commercial service providers have done well out of each department’s programs. Transformation has been great for the likes of SAP, ORACLE, KPMG and Amazon Web Services: large multi-year contracts for system design, maintenance and connectivity.

Has it been great for you and me in terms of value for money, respect and good governance?

In looking at the roadmap, remember CensusFail and billion-dollar e-health project, which faced consumer backlash.

What about the misery-causing RoboDebt initiative damned by the Federal Court last week?

The national auditor recurrently criticises inadequate e-government planning such as a biometric scheme damned as “deficient in almost every significant respect”.

Benefits for citizens through interagency data sharing do not include greater government accountability. That’s unsurprising, given the government’s hostility to freedom of information requests.

The e-government vision requires learning from mistakes. Sadly, that’s ignored by the strategy.