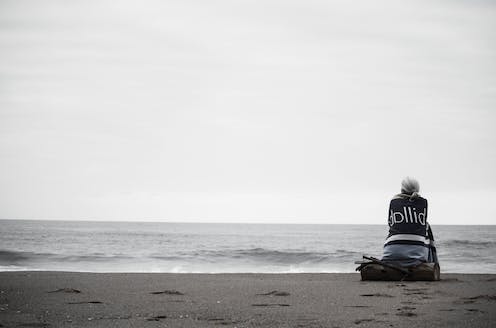 Recently, the Council of Australian Governments endorsed the Fourth Action Plan under the National Plan to Reduce Violence against Women and their Children 2010-2022.

The Fourth Action Plan is among a series of four-year plans that build on each other to make up the National Plan.

Read more: The long history of gender violence in Australia, and why it matters today

But several criticisms of the Fourth Action Plan have begun to emerge. In particular, women’s support services, perpetrator programs, and specialist prevention programs remain under-resourced. And controversially, A$10 million has been allocated to couples and faith-based counselling.

It may not be perfect, but the Fourth Action Plan represents a substantial, increased investment in responding to violence against women, as well as a bilateral government commitment to prevention.

The majority of women’s experiences of violence are perpetrated by men known to them, and largely occur in private spaces such as the home.

Though Australian men too experience violence, it is overwhelmingly at the hands of other men - most often by a stranger and in a public place.

What this means in day-to-day life is that men are much less likely than women to be repeatedly victimised by a partner or ex-partner, from whom they need protection, escape and/or other supports.

This is why investing in services to respond to violence against women – safe housing options, crisis services, perpetrator programs and justice responses – are so important.

In March this year, the federal government announced a funding package of A$328 million towards women’s safety. This includes additional funding for the 1800 RESPECT helpline, emergency accommodation, training for health workers responding to domestic violence victims, and consistent national standards for sexual assault response services.

It’s a welcome increase in investment from the previous A$100 million in funding attached to the Third Action Plan in 2016, and A$100 million for the federal Women’s Safety Package in 2015.

It’s also worth remembering that this federal funding adds to state and territory investment into crisis responses and the criminal justice system.

For example, in 2016, the Victorian Government launched its own 10 Year Plan to prevent and respond to family violence. This includes an initial A$572 million investment in initiatives such as Support and Safety Hubs (The Orange Door), workforce development for family violence response services, and a further A$218 million into social housing support.

What is primary prevention?

Australian and international governments increasingly recognise that it’s not enough to respond to violence after it has happened. If we want to boost the safety of women, we need to change the factors that place women at greater risk of violence.

This is “primary prevention” – the population-wide effort to change the underlying attitudes, behaviours and structures that drive violence against women.

And the Fourth Action Plan makes prevention a strong priority, with prevention work receiving around 20% of the total federal funding.

This includes A$20.9 million in funding for Our Watch to set up a “national prevention hub”, as well as other key initiatives such as social marketing campaigns and workforce development.

International and local research shows the main causes of violence against women are gender inequality, sexist and discriminatory attitudes, and associating masculinity with dominance and aggression (or so-called “toxic masculinity”).

Read more: Australian study reveals the dangers of 'toxic masculinity' to men and those around them

When women, on average, have fewer financial resources than men, they’re less independent and so can’t easily leave an abusive relationship. When women are viewed as less capable and less worthy of respect than men, people are more likely to make excuses for perpetrator behaviour and blame victims rather than offer help or intervene.

And when men hold attitudes that justify violence, and view women as unequal to men, the research repeatedly shows these men are more likely to perpetrate violence against women.

If we don’t invest in community-wide prevention work – changing these attitudes and behaviours in schools, universities, workplaces, sports settings, and in the media – then the violence will continue, generation after generation.

We’ve seen other policy efforts succeed in reducing the harms of smoking or drink driving. Changing population-wide attitudes and behaviours is complex and takes time, but only by achieving change at this scale can we stop the violence.

The Fourth Action Plan might not provide all of the answers, but it’s surely a sign of positive progress.