The battle for domination of the physical and digital public realms has been crucial to the fortunes of the Hong Kong protesters. Their overwhelming numbers in the tense stand-off with the might of the People’s Republic of China (PRC) has captured our attention over the past eight weeks.

However, there are less obvious dynamics at work as protesters use public space – both physical and digital – to maintain their advantage. An understanding of these public realms is critical to understanding why freedom of expression either flourishes or dies in particular urban contexts.

Hong Kong protesters have drawn the world’s attention to the fragile state of democratic rights in this Special Administrative Region of China. As many as 2 million people, out of a population of 7.5 million, have poured into the streets, protesting the erosion of their special status.

Read more: Hong Kong: why the 'one country, two systems' model is on its last legs

As many as 2 million people have joined the Hong Kong protests.

These protests have been remarkably effective in the face of a PRC-aligned Hong Kong leadership, which has for now backed down on a contentious proposal to make it easier to extradite Hong Kong residents to mainland China.

In physical terms the public realm means places to gather freely with diverse others with high visibility. This makes them a focus for expressions of democratic conviction. Many great cities of the world contain iconic public places, such as Taksim Square in Istanbul, the National Monument in Jakarta, Trafalgar Square in London and, of course, Tiananmen Square in Beijing. But with varying levels of surveillance and restriction, not all of these places qualify as functioning public realms.

Read more: How city squares can be public places of protest or centres of state control

Taking to the streets …

Hong Kong, one of the most densely built and populated cities in the world, has few recognisable public places. None is capable of holding even a fraction of the numbers of protesters that have mobilised.

For that reason, crowds have taken to the streets. These are usually a degraded form of public space, but protesters have turned them from thoroughfares for vehicles to a vibrant public realm, allowing an impressive show of willpower.

The protests have been well organised and until last week were free from violence. The involvement of alleged China-backed triad criminals escalated the risk for ongoing demonstrations and the fragile public realm in Hong Kong is now threatened.

The success of the protests is not entirely dependent on the use of physical space. The speed and coordination of the protests would not have been possible without access to a public realm in the abstract. We see it in an active and independent press and media, and in the ability of protesters to communicate with each other quickly and freely through the digital public realm provided by social media and encrypted messaging apps.

The sheer volume of people on the streets implied spontaneous anarchy. However, the use of social media, even in the presence of covert and overt surveillance by security forces and China-friendly media, enabled organisers and protesters to retain a tactical advantage.

They have been using anonymous calls in encrypted chat applications like Telegram and Signal to coordinate efforts. These apps allow users to create public and anonymous channels to share information, as well as smaller, more private, group chats. 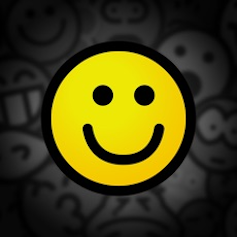 LIHKG is often referred to as the ‘Hong Kong version of Reddit’. LIHKG

The protest was coordinated visibly on LIHKG, an online forum that ranks posts by popularity in a similar manner to Reddit. These forums allow protests to move fluidly and quickly, responding to changing conditions on the ground.

Protesters used social media to rapidly distribute photos to counter security authorities’ attempts to deliberately and drastically underestimate crowd numbers to downplay the strength and size of the opposition.

There was also a need to avoid particular technologies. China employs sophisticated surveillance of its citizens.

However, protesters have taken effective evasive measures. These included simple physical acts such as standing in huge queues at the Metro for paper tickets to avoid being tracked on transit smart cards. Protesters also used umbrellas, face and eye masks to prevent facial recognition and to shield themselves from teargas attacks and drone surveillance.

The digital public realm has been used successfully in other contexts as a potent intensification of physical protest. Digital spaces can amplify, broadcast and coordinate physical action.

Urban protests in many cities, like Hong Kong, are defined by their limited access to sanctioned public space. The co-opting of other public commons like highways and inner-city roads becomes necessary. This has been particularly successful in the American context where public space is degraded or privatised, and roads are “neutral” space.

Public space does not always look the way we imagine it. When access to public space is untenable, protesters with sufficient will can turn privatised or commercial space into a new public realm.

The Hong Kong protests have turned the international airport terminal into a temporary public realm for this purpose. The “yellow shirt” protesters did the same in Bangkok in 2008. The continued visibility of these public sites and the desire by security forces to close down protest create an uneasy stand-off, testing authorities’ resolve to respond under international scrutiny.

There is now more to the public realm than just a place to gather. Protesters need to combine their determination with a sophisticated appreciation of the digital environment and the nature and limits of public and private space.