New South Wales Premier Gladys Berejiklian made a “captain’s call” in recent months that raised the ire of many parents, teachers and education groups. She announced NSW would build a 49th selective school. It will be the first new fully selective school in the state in 25 years.

Selective schools are public schools that take high-achieving students. They are meant to offer opportunities for any higher achiever, regardless of social class, but research has consistently shown a high proportion of students in selective schools are from more advantaged households.

Despite this, NSW has 48 fully or partially selective schools, which is more than all other states combined. Victoria, for instance, has only four. This is because, over the last 150 years, NSW has responded to the demand for public secondary schooling differently from the rest of Australia.

A history of Australia’s public schools

Australian states have distinct histories when it comes to public secondary education. NSW began such schooling in the 1880s and Victoria not until just before the first world war. Queensland also held back founding public high schools, due to the earlier foundation of state grammar schools.

In Victoria there was some successful early opposition to government secondary schooling. The private, then church, colleges were the only available schools for most of the wealthy and professional middle class. Victoria developed a pattern of non-government school loyalty.

By contrast, the middle class in NSW used public secondary education from the late 19th century. Schools such as Fort Street (1849), Sydney Girls and Sydney Boys High School (1883), North Sydney Girls (1914) and North Sydney Boys High School (1915), and later Hurlstone Agricultural and James Ruse Agricultural School (1959), were academically selective from the beginning. They were meritocratic and hardly accessible to everyone.

In the 1890s, state Labor parties campaigned for greater educational opportunity for working-class youth and higher, and technical education for youth generally. As demand rose for universal secondary schooling, a parallel system was established from the 1920s for the “less clever” and the “less likely to succeed” with academic subjects.

So central, home-science and junior technical schools were established. These attempted to meet the assumed vocational aspirations of working-class youth (home-making and domestic service for girls, of course). This was the beginning of the great age of vocational guidance, usually based on intelligence tests.

Schools were differentiated, based on high or low IQs. This system gained criticism in the late 20th century for trapping children in educational streams that determined narrow futures. With the economy expanding after the second world war, pressure built for more schools and secondary schooling that opened, rather than closed, opportunities. 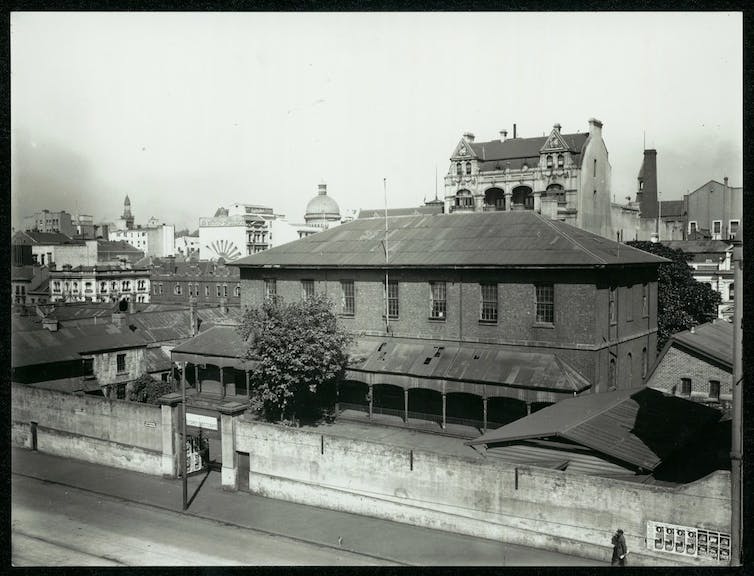 Schools like Sydney Girls High School, established in 1883, were selective from the beginning. NSW State Archives/Flickr, CC BY

This led to the introduction of comprehensive secondary schools. These would take in all young people from a defined geographical area (usually zoned) regardless of students’ prior accomplishments at primary school.

In NSW, the director of education, Harold Wyndham, released a 1957 report that recommended comprehensive secondary schools replace the previous differentiated system. All high schools were to be turned into comprehensives.

Through the Wyndham Scheme in the early 1960s, NSW was an early adopter of the comprehensive ideal. The technical schools were subsequently closed. There was also the possibility NSW would no longer have any selective high schools (public) at all, unlike Victoria with its continuing dual system of academically oriented high schools, and technical schools.

Read more: Why tech schools won't seem to go away

But the Wyndham Plan didn’t suit everyone. Old scholar and parent communities associated with the inner-city selective high schools, such as Fort Street, fought hard against their schools turning into comprehensives. Such schools had educated a large proportion of the professional middle class – proportionately more than similar schools in Victoria.

As the Wyndham Plan was progressively implemented in the 1960s, many of the high schools that had selective entrance, including Newcastle High for example, were converted into comprehensive schools. But not all. A rump of selectives survived, usually close to inner Sydney.

Fort Street High, the four single-sex Sydney and North Sydney high schools and the agricultural high schools, James Ruse and Hurlstone, formed an institutional base from which new selective establishments could be justified in the 1990s.

Why the small group of selective schools survived

In the 1970s and 1980s, two arguments shored up the acceptability of the surviving selectives. First, there were too few selective schools to affect the effectiveness of the comprehensive schools. The latter could attract, keep and promote opportunity for the academically able.

Second, the examination results of the selective schools brought distinction to the public education system. It was in the interest of public education that the “best” schools in NSW were public.

In 1988 the NSW Greiner Liberal-National government’s education minister, Terry Metherell, saw an injustice. Why should the mainly middle-class and professional families of the gentrifying inner city and suburbs have access to selective high schools that others in the outer suburbs did not? 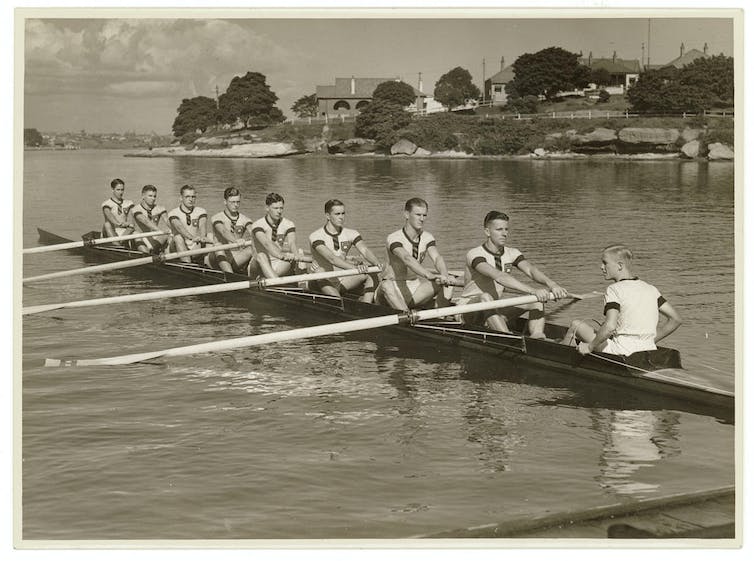 Not only would there be selective schools, but separated, selective streams would be created in new dual-purpose schools. For example, Newtown Performing Arts High School had a selective entrance stream, but also enrolled local students in its comprehensive stream.

Historically, the professional and aspiring middle classes have been the most successful in managing their children in ways that ensured their access to and success in academically selective schools.

With the rise in youth unemployment since the late 1970s, the anxieties associated with finding a school that may advantage a child have heightened, initially for the middle classes but increasingly for all.

More recently, traditional Anglo-Australian users of NSW selective schools have been losing the competition to migrant families, many of these from South and East Asia, who have been even more determined for their children to gain selective places.

Whether the young people come from migrant families or other groups, the students in such schools and streams usually come to expect they will enter the more prestigious universities.

A market of schools has been fostered since the 1980s, as federal governments have deliberately increased the number of non-government schools and made access financially easier for parents. State governments have re-introduced differentiation in the public school sector (sports, language, performing arts and visual arts high schools, for instance.)

The ideal of the comprehensive school – a common school with a common curriculum for all youth in a community – has not been sustained. Many so-called comprehensive public high schools in high-unemployment areas have neither sustained enrolments nor a broad or comprehensive curriculum.

The survival of a small group of selective schools in NSW, with strategic and loyal support from left and right in politics and society, enabled the selective system’s rapid expansion from the 1980s, especially as public policy responded to new enthusiasm for markets – not only in schools.