Yesterday, the government introduced a bill into Parliament that, if passed, would allow the home affairs minister Peter Dutton to temporarily exclude some Australian citizens – including children – from returning to Australia.

The bill is aimed at mitigating threats posed by foreign fighters coming back to Australia from conflicts in Syria and Iraq. It was first put before Parliament in February, and has now been reintroduced with some amendments.

The bill draws on similar legislation in the UK and, if passed, would add to an arsenal of around 75 pieces of anti-terrorism legislation currently operating in Australia.

National security laws must continue to adapt to changing circumstances. But the government has not made it clear how the bill would fill an identified gap in Australia’s already extensive national security regime. 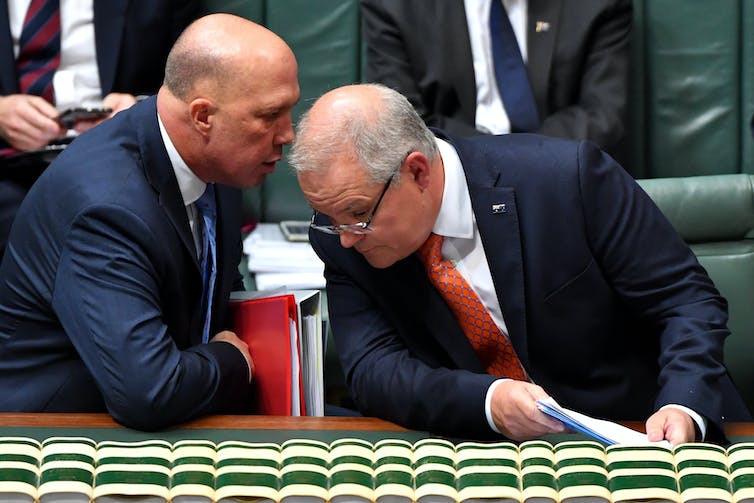 Dutton and the Prime Minister in parliament yesterday. Dutton proposed a bill that if passed could prevent Australian citizens from entering the country for up to two years. Sam Mooy/ AAP

How would the bill work?

If passed, the bill will allow the minister to issue a Temporary Exclusion Order (TEO) preventing an Australian citizen who is overseas from re-entering Australia. These exclusion orders aren’t designed to exclude citizens from Australia forever, but rather to provide a system that manages their return.

A TEO can be imposed on a citizen outside Australia if they are at least 14 years old, and:

But neither of these criteria actually requires a TEO candidate to have engaged in any wrongdoing.

A person may not enter Australia while a TEO is in force against them. If they do, they can face up to two years behind bars. A TEO may also require the person to surrender their Australian passport.

Each TEO can be issued for a maximum of two years, but a person may have multiple TEOs issued against them. This means the actual period of exclusion from Australia can be much longer.

So how does a return to Australia work?

The return of citizens with TEOs against them is managed through “return permits”. This is designed to allow the government to monitor and control foreign fighters’ entry and presence in Australia. A return permit must be issued if the person applies for one, or if a foreign country moves to deport them to Australia.

Read more: How can we understand the origins of Islamic State?

A return permit may prescribe various conditions. Significantly, it doesn’t guarantee an immediate right to return to Australia – a person may be prohibited from entering Australia for up to 12 months after the permit is issued.

Once in Australia, a range of post-entry conditions may also be imposed. These can include passport surrender, and requirements to report changes to residence or employment, contact with particular individuals and technology use.

Breaching the conditions of a return permit is an offence, punishable by up to two years in prison.

Are the proposed laws constitutional and compatible with international law?

The right to return to one’s country is commonly regarded as a core aspect of citizenship. And some experts have argued that a citizen’s right to return home is constitutionally protected in Australia.

But the High Court has never ruled on the question of whether a constitutional right of this nature exists, so it’s impossible to say for certain whether the bill, if passed, would be unconstitutional. Still, it’s likely to face constitutional challenge.

In any case, international law protects an individual’s right to voluntarily return to their country of citizenship. The government acknowledges that TEOs restrict a person’s capacity to do this, but says the bill is justified because it’s “reasonable, necessary and proportionate”. This, however, isn’t clear.

Does the bill contain adequate safeguards?

In April, when reviewing the original bill, the Parliamentary Joint Committee on Intelligence and Security recommended 18 changes, aimed at improving safeguards.

But the new bill only took on seven changes in full, including requiring the minister to consider specific criteria when imposing a TEO on a child, and providing independent oversight of decisions to issue TEOs.

Read more: If Dutton had defeated Turnbull, could the governor-general have stopped him becoming prime minister?

Importantly, some of the committee’s most significant recommendations have been ignored, such as narrowing the criteria for issuing a TEO. And others have only been partially implemented.

Given the significant impact a TEO has on a person, the bill should adopt the committee’s recommendations in full.

Is the bill even necessary?

In parliament, Dutton said national security agencies advise that many Australians who have travelled to conflict zones in Syria and Iraq to support extremist groups are “likely to seek return to Australia in the very near future”, and the bill is needed to keep Australians safe. 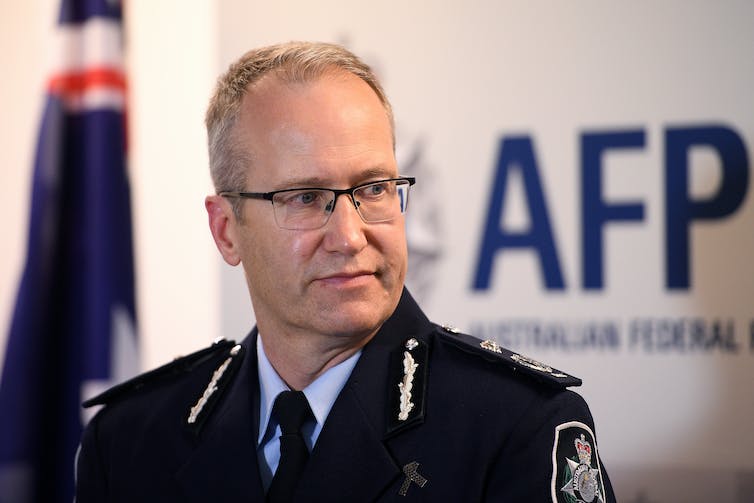 And they protect Australia from the risks posed by returning foreign fighters in a variety of ways.

For example, a person who returns to Australia as a known member of a terrorist organisation can be charged with an offence punishable by up to 10 years’ imprisonment. Where the person has done more – such as fight, resource or train with the organisation – penalties of up to 25 years each apply.

Although gathering sufficient evidence to prosecute returning foreign fighters can prove challenging, there are mechanisms in our legislation that already account for this.

For instance, a control order may be imposed on a person in cases where they are deemed a risk but there is not enough evidence to prosecute. This restricts the person’s actions through measures such as curfews and monitoring requirements.

Arguably, this suggests Australia has not only the capacity, but also the responsibility to use the full force of our laws to bring foreign fighters to justice in Australia, rather than leave them stranded in conflict zones where their only connections may be to terrorist groups, thereby weakening global security.

Of course, if it’s to remain fit for purpose, Australia’s national security framework must continue to adapt to changing circumstances. But with extensive, demonstrably effective mechanisms in place, the government must clearly explain what gap this bill would fill. This has not been done.