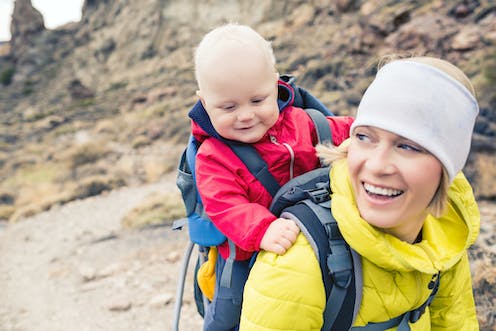 If you're going overseas with your little one, you can vaccinate them against measles early. But they'll still need their regular jab when they turn one.from www.shutterstock.com

This year, we’ve seen a resurgence of measles around the globe. The World Health Organisation (WHO) recorded more than 230,000 cases in the first five months of...

Australia has had 128 measles cases since the beginning of the year compared to a total of 103 cases for all of 2018.

Measles causes fever, cough and a rash. But it can also cause more serious illness and even death. Babies and people with weakened immune systems are at the greatest risk of complications.

Read more: Prepare for a healthy holiday with this A-to-E guide

The best protection against measles is vaccination. Two doses of a measles-mumps-rubella (MMR) vaccine has a success rate of more than 98%.

Under Australia’s National Immunisation Program, children receive two doses of MMR. The first dose is given at 12 months of age and a second dose at 18 months.

But given the rise of measles cases around the world, doctors are now calling for infants travelling overseas to be assessed by their GP to see whether they need the measles vaccine at six months.

Many adult Australians may not have received two doses of MMR vaccine, as only one dose was recommended before 1992 (a single dose is around 95% effective). 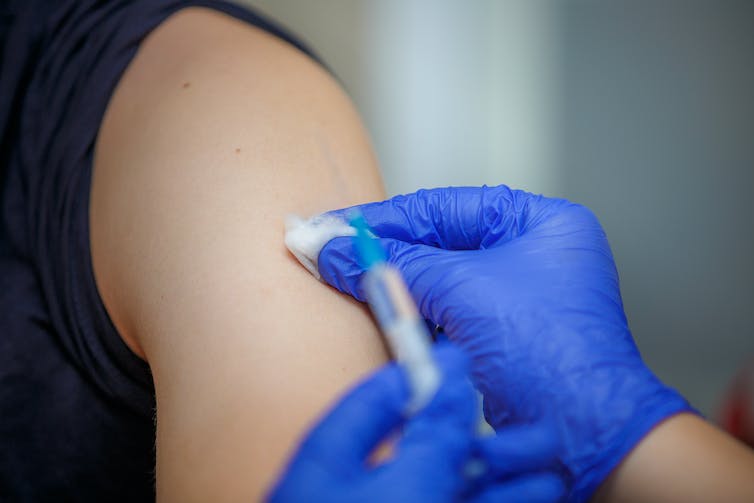 People can catch up on their measles vaccinations at any age. From shutterstock.com

Measles is highly infectious. Once imported from overseas, it’s adept at seeking out and infecting the unvaccinated in a population.

The recent resurgence of measles has led experts to advise that people ensure they have had two lifetime doses of the MMR vaccine prior to travel.

Read more: Six myths about vaccination – and why they're wrong

Mums protect their babies in the beginning

As the first MMR vaccine is not given until 12 months of age, infant travellers who are too young to have received their first dose of MMR are particularly at risk of contracting measles.

We don’t routinely recommend MMR immunisation for infants younger than 12 months because of the presence of maternal antibodies. During pregnancy, antibodies which protect against many diseases, such as measles, whooping cough and influenza, are actively transferred through the placenta to the baby.

Most mothers have antibodies to protect against measles either from receiving the MMR vaccine themselves during childhood or adolescence, or as a result of prior infection.

But during the first year of life, the antibodies protecting the baby naturally wane. The antibody levels are usually high enough in the first six months of life to protect against measles.

Once an infant reaches 12 months of age, the measles antibodies have usually sufficiently disappeared and can no longer provide protection. For this reason, we give the first dose of MMR vaccine at 12 months old.

Read more: Why people born between 1966 and 1994 are at greater risk of measles – and what to do about it

Maternal antibodies can interfere with and reduce the response to an MMR vaccine given to an infant before 12 months of age.

The WHO Expanded Program on Immunisation recommends the first dose of MMR vaccine be given at nine months old. This is because in many countries the rates of measles are higher than in Australia, and the increased risk of infection outweighs any reduced vaccine response because of persisting maternal antibodies.

The WHO recommends that for countries like Australia that have achieved low rates of transmission, it’s better to give the first MMR vaccine at 12 months, because higher protection occurs among older infants as there is less interference from maternal antibodies.

Until recently, our immunisation handbook stated that children as young as nine months could receive the MMR vaccine in certain circumstances, including travel to highly measles-endemic areas and during outbreaks.

But given the rise in measles globally, the recommended age at which Australian infants can receive MMR vaccine in special circumstances has been lowered from nine months to six months.

The US and England also state vaccination from six months of age can occur for travellers and to help control outbreaks. 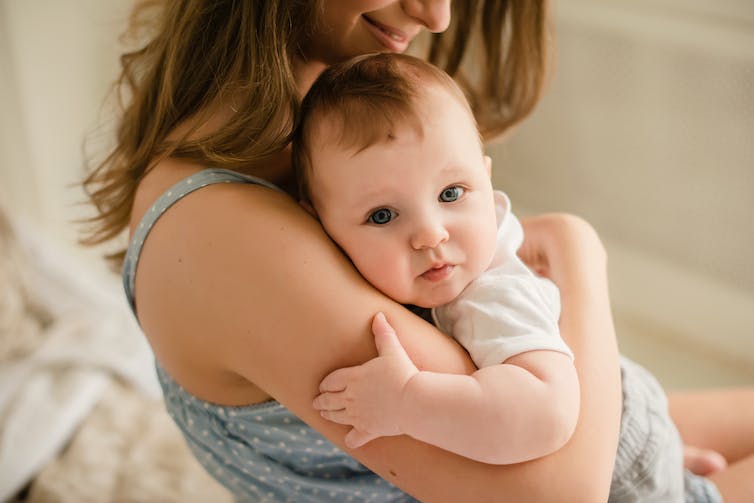 Babies inherit antibodies that protect against measles from their mums while they’re in the womb, but these wane over time. From shutterstock.com

While MMR vaccines are normally free, because this early dose is not part of the National Immunisation Program, parents would have to pay around A$50 to get it. Check with your local pharmacy.

Importantly, if MMR is given before 12 months old, infants still need two further doses of measles-containing vaccine. This is to account for the possibility the early dose may not have been completely effective because of interference from the maternal antibodies.

They should receive the next dose of MMR vaccine at 12 months of age or four weeks after the first dose – whichever is later. They should then receive their final dose of measles-containing vaccine – an MMR and varicella (chickenpox) combination, known as MMRV – at 18 months. Both these vaccine doses are free under the National Immunisation Program.

MMR is safe and effective for babies

A recent review of MMR vaccines in infants under nine months found the overall effectiveness was 72%. So it’s not quite as effective as the near complete protection afforded by vaccination at 12 months and older, but still has a very strong chance of being effective.

MMR vaccine in infants from six months old was considered safe, with no reports of serious events recorded across seven studies in the review. Fever and rash were the most common adverse reactions, occurring in 5-10% of infants. This is similar to vaccination at 12 months old.

Read more: Health Check: are you up to date with your vaccinations?

Parents of young infants planning international travel should talk to their GP. The GP will consider factors including the length of the trip and destination countries when giving advice.

Adult travellers, too, should review their own vaccination record and speak to their GP if they are unsure they are fully protected.