In January, 107-year-old Daphne Keith broke her hip and became the oldest Australian to have a partial hip replacement. This isn’t something you would have heard of two or three decades ago.

For Daphne, the decision was fairly clear-cut. Surgery, with all its risks, was a better option than the alternative: to be stuck in bed for the rest of her life. As she summed it up, “What do I have to lose?”

But in many cases the balance between benefits and harms of surgery for older people is not as clear-cut.

Advances in anaesthetic and surgical techniques (especially keyhole surgery) now allow older adults to undergo operations and procedures that were previously not possible.

As the population ages, we’re operating on older and older people. Rates for elective surgery in Australia are increasing the most among those aged over 85.

So how do we decide who should and shouldn’t undergo surgery?

Age is a factor, but not the only one

As we age there are increasing differences between individuals in terms of how our minds and bodies function. Younger people – whether they’re aged five, 20 or even 40 – are generally very similar to their age-matched peers, in terms of their cognitive and physical abilities.

But if we compare older adults, there are marked differences in their function. Some 70-year-olds are fit, healthy and still working full-time. Other 70-year-olds have multiple medical conditions, are frail and living in nursing homes.

So decisions about surgery shouldn’t be based on age alone.

Read more: What's happening in our bodies as we age?

However, we can’t ignore the changes associated with ageing, which means sometimes the potential harms of surgery will outweigh the benefits.

The harms associated with surgery and anaesthesia include death, surgical complications, longer hospital stays and poorer long-term outcomes. This might mean not being able to return to the same physical or cognitive level of function or needing to go into a nursing home. 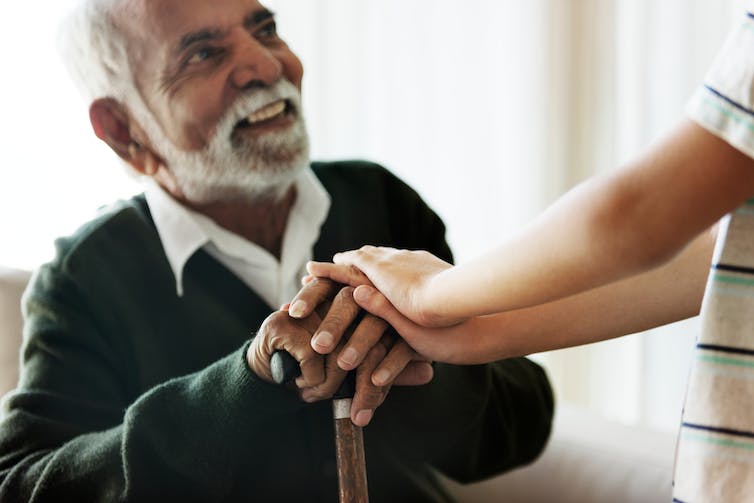 Two 70-year-olds can be in very different health and have vastly different preferences for what they want out of their health care. Rawpixel.com/Shutterstock

The changes in our body as we age, as well as an increase in the number of diseases, and therefore medications we take, can increase the risks associated with surgery and anaesthesia.

Frailty is the strongest predictor of poor outcomes after surgery. Frailty is a decrease in our body’s reserves and our ability to recover from stressful events such as surgery. Frailty is usually associated with increasing age, but not all older people are frail, and you can be frail and still relatively young.

Patients tend to overestimate the benefits of surgery and underestimate the harms. This highlights the importance of shared decision-making between patients and clinicians.

Shared decision-making means the patient and clinicians come to a decision together, after discussing the options, benefits and harms, and after considering the patient’s values, preferences and circumstances.

Research shows that as we age many of us become less focused on longevity and prolonging life at all costs and much more focused on what that life is like, or our quality of life.

Outcomes such as living independently, staying in our own home, the ability to move around, and being mentally alert often become increasingly important in the decision-making process. This information about a person’s values is critical for shared decision-making conversations.

It’s also important to note that, in some cases, cognitive impairment and dementia associated with ageing mean it’s not the patient (but their appointee) making decisions about surgery.

Not everyone should be offered surgery

The ageing of our population raises challenges for policymakers. More surgeries means greater pressure on the health budget. We don’t have a bottomless pit of health funding, so how do we decide who is eligible, based on fair and equitable resource allocation?

Given the marked variability between individuals as we age, decisions and policies about access to medical care (including surgery) should not be based on age alone. There should not be policies that say “no” to surgery based on age. 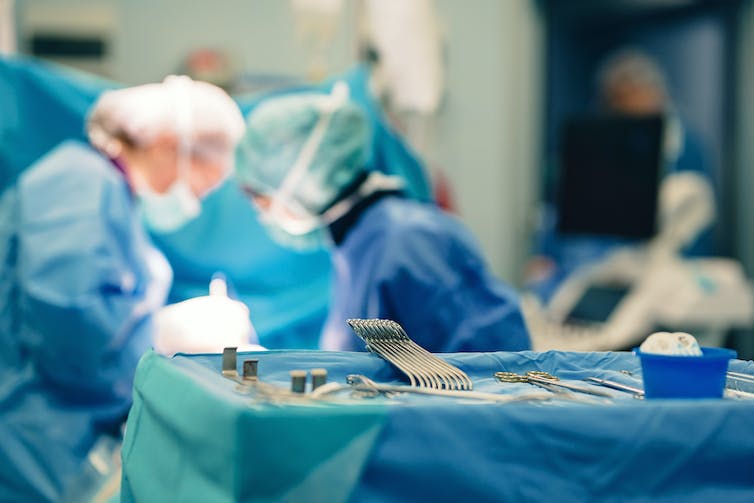 Equally, when considering resource allocation, it should not just be about how many years a person has to live, or blunt assessments based on how much their operation might cost the health system.

Take a decision about performing a hip replacement on a 90-year-old with arthritis, for example. A patient who has an elective hip replacement for arthritis and is able to remain living at home will probably “cost less” overall than if that same person would otherwise have had to live in a nursing home.

Read more: Who gets a piece of the pie? Spending the health budget fairly

However, this also does not mean we can, or should, offer surgery to everyone.

The practice of medicine, especially when considering older adults, needs to remain focused on individualised patient care. Decisions should be based on medical appropriateness of treatment combined with a patient’s goals and values.

To do this we need to train clinicians in shared decision-making and how to have these often difficult discussions. The goal is to have clinicians who are able to explore a patient’s values and preferences around outcomes, effectively communicate individualised information about options, benefits and harms, and then come to a decision together.