Diving on the remote coral reefs in the north of Western Australia during the world’s worst bleaching event in 2016, the first thing I noticed was the heat. It was like diving into a warm bath, with surface temperatures of 34⁰C.

Then I noticed the expanse of bleached colonies. Their bright white skeletons were visible through the translucent tissue following the loss of the algae with which they share a biological relationship. The coral skeletons had not yet eroded and collapsed, a grim reminder of what it looked like just a few months before.

Read more: Western Australia's coral reefs are in trouble: we mustn't ignore them

The WA coral reefs may not be as well known as the Great Barrier Reef, but they’re just as large and diverse. And they too have been affected by cyclones and coral bleaching. Our recent study found many WA reefs now have the lowest coral cover on record.

When my colleague, Rebecca Green, witnessed that mass bleaching for the first time, she asked me how long it would take the reefs to recover.

“Probably not in my lifetime” was my reply – an abrupt but accurate reply considering the previous rate of recovery, future increases in ocean temperatures … and my age. 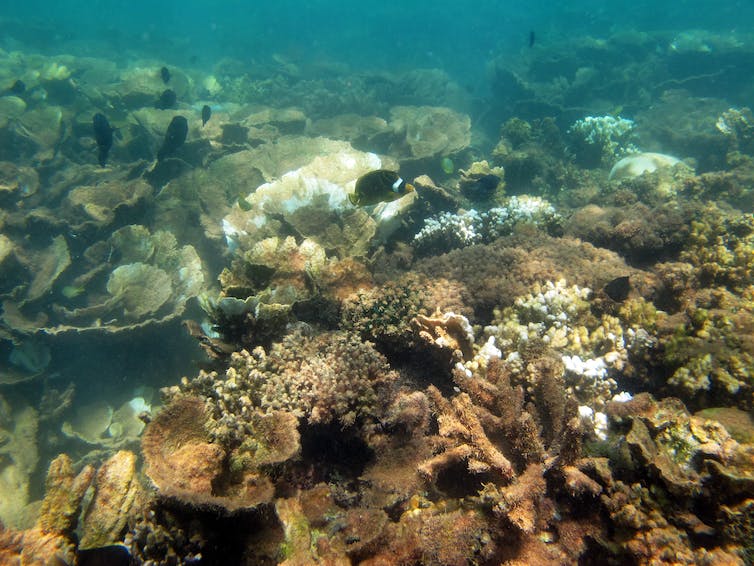 The worst mass bleaching on record

A similar scene is playing out around the world as researchers document the decline of ecosystems they have spent a lifetime studying.

Our study, published in the journal Coral Reefs, is the first to establish a long-term history of changes in coral cover across eight reef systems, and to document the effects of the 2016 mass bleaching event at 401 sites across WA.

Given the vast expanse of WA coral reefs, our assessment included data from several monitoring programs and researchers from 19 institutions.

These reefs exist in some of the most remote and inaccessible parts of the world, so our study also relied on important observations of coral bleaching from regional managers, tourist operators and Bardi Jawi Indigenous Rangers in the Kimberley.

Our aim was to establish the effects of climate change on coral reefs along Western Australia’s vast coastline and their current condition.

The heat stress in 2016 was the worst on record, causing mass bleaching and large reductions in coral cover at Christmas Island, Ashmore Reef and Scott Reef. This was also the first time mass bleaching was recorded in the southern parts of the inshore Kimberley region, including in the long oral history of Indigenous Australians who have managed this sea-country for thousands of years. 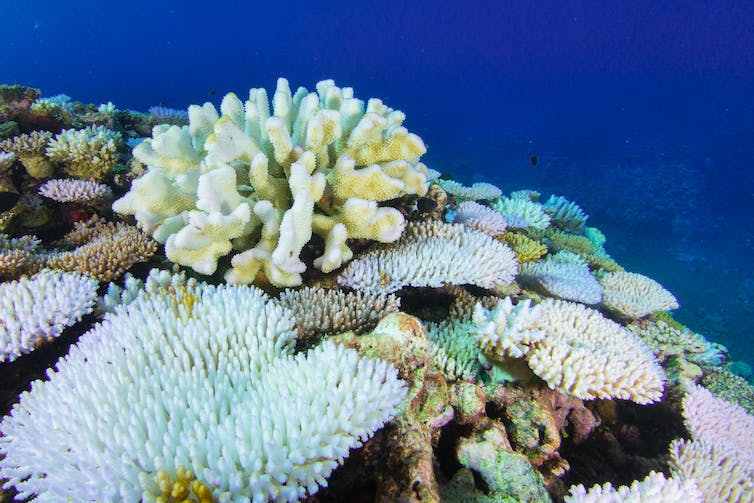 The mass bleaching events we documented were triggered by a global increase in temperature of 1⁰C above pre-industrial levels, whereas temperatures are predicted to rise by 1.5⁰C between 2030 and 2052.

Read more: The world's coral reefs are in trouble, but don't give up on them yet

The future of WA’s coral reefs is uncertain, but until carbon emissions can be reduced, coral bleaching will continue to increase.

The extreme El Niño conditions in 2016 severely affected the northern reefs, and a similar pattern was seen in the long-term records.

The more southern reefs were affected by extreme La Niña conditions – most significantly by a heatwave in 2011 that caused coral bleaching, impacted fisheries and devastated other marine and terrestrial ecosystems.

Since 2010, all of WA’s reefs systems have bleached at least once. 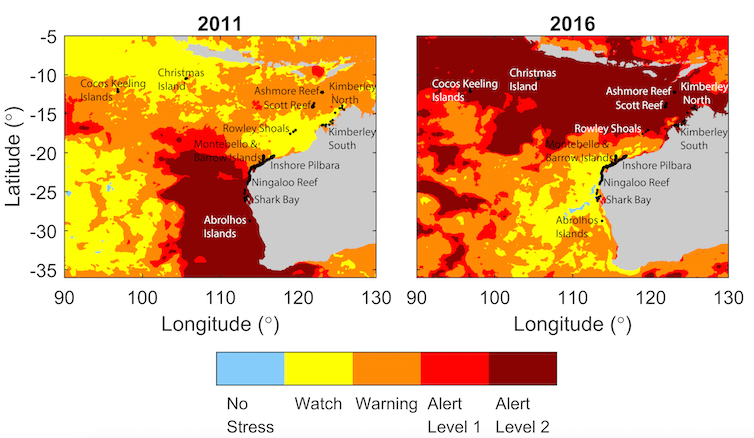 Frequent bleaching and cyclone damage have stalled the recovery of reefs at Shark Bay, Ningaloo and at the Montebello and Barrow Islands. And coral cover at Scott Reef, Ashmore Reef and at Christmas Island is low following the 2016 mass bleaching.

In fact, average coral cover at most (75%) reef systems is at or near the lowest on record. But not all WA reefs have been affected equally.

In 2016 there was little (around 10%) bleaching recorded at the northern inshore Kimberley Reefs, at the Cocos Keeling Islands, and at the Rowley Shoals. Coral cover and diversity at these reefs remain high. 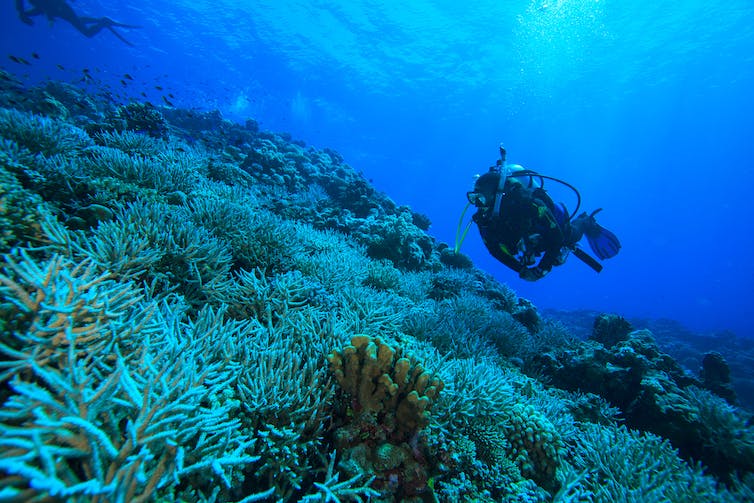 Some WA reefs, such as the Rowley Shoals, have not yet been severely affected by coral bleaching and are well managed. Their outstanding coral communities and diversity of marine life are a reminder of the value of healthy coral reefs. AIMS: N Thake, Author provided (No reuse)

And during mass bleaching there were patches of reef that were less affected by heat stress.

These patches of reef will hopefully escape the worst impacts and retain moderate coral cover and diversity as the world warms, acting as refuges. There are also corals that have adapted to survive in parts of the reef where temperatures are naturally hotter.

Some reefs across WA will persist, thanks to these refuges from heat stress, their ability to adapt and to expand their range. These refuges must be protected from any additional stress, such as poor water quality and overfishing.

Read more: Even the super-corals of Australia's Kimberley are not immune to climate change

In any case, the longer it takes to curb carbon emissions and other pressures to coral reefs, the greater the loss will be.

Coral reefs support critical food stocks for fisheries around the world and provide a significant contribution to Australia’s Blue Economy, worth an estimated A$68.1 billion.

We are handing environmental uncertainty to the next generation of scientists, and we must better articulate to everyone that their dependence on nature is the most fundamental of all the scientific concepts we explore.