The effects of European consumption are being felt in Brazil, driving disastrous deforestation and violence.

But the destruction can end if the European Union demands higher environmental standards on Brazilian goods. Hundreds of scientists and Indigenous leaders agree: the time to act is now, before it’s too late.

Read more: Jair Bolsonaro can be stopped from trashing the Amazon – here's how

In an open letter published today in the journal Science, more than 600 scientists from every country in the European Union (EU) and 300 Brazilian Indigenous groups asked the EU to demand tougher standards for Brazilian imports.

The letter calls on the EU to ensure a trade deal with Brazil respects human rights and the natural world.

Crucially, this can be done without harming Brazil’s agriculture, if already cleared land is used to its full potential. Indeed, in the long term, farming in the region depends on the rains brought by healthy forests.

Destruction of the Amazon under Bolsonaro

Brazil’s Indigenous people and the forests they protect are facing annihilation.

Controversial president Jair Bolsonaro is opening the Amazon rainforest to business and threatening Indigenous people who stand in the way. In his first hours in office, Bolsonaro gave power over Indigenous land to the Ministry of Agriculture, which is widely seen to be controlled by corporate lobbyists.

Read more: Bolsonaro's approval rating is worse than any past Brazilian president at the 100-day mark 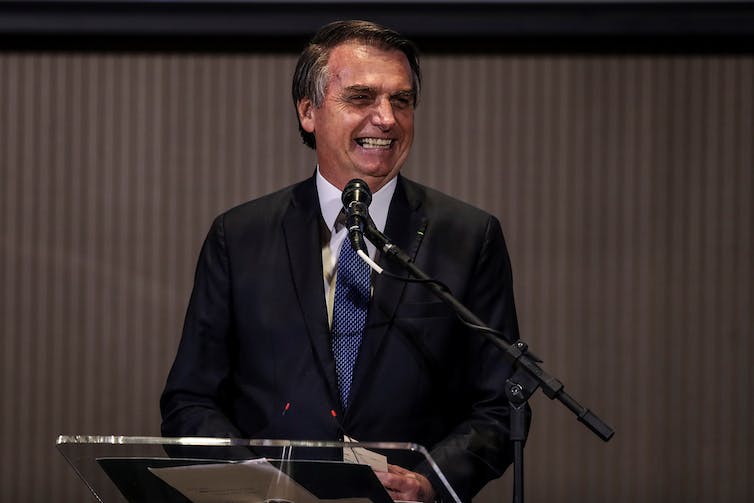 In the months since, he has axed environmental roles in the government and planned three major building projects in the Amazon, including a bridge over the river itself.

As Bolsonaro scraps environmental laws, forests are being cut down faster than they have been in years. And the EU is helping drive this carnage: more than a football field of Brazilian rainforest is cut down every hour to produce livestock feed and meat for Europe.

Although the situation may seem dire for the Amazon and its inhabitants, ongoing trade talks provide a chance to act.

Billions of euros flow to Brazil from business with the EU, its second-largest trade partner. Goods flowing in the other direction include environmentally and socially destructive livestock feed (usually soy grown on deforested land) which enters the EU on a tariff-free basis. Right now, European consumers have no way of knowing how much blood is actually in their hamburger. The ongoing EU-Brazil trade talks are therefore a powerful opportunity to curb Bolsonaro’s appetite for destruction. 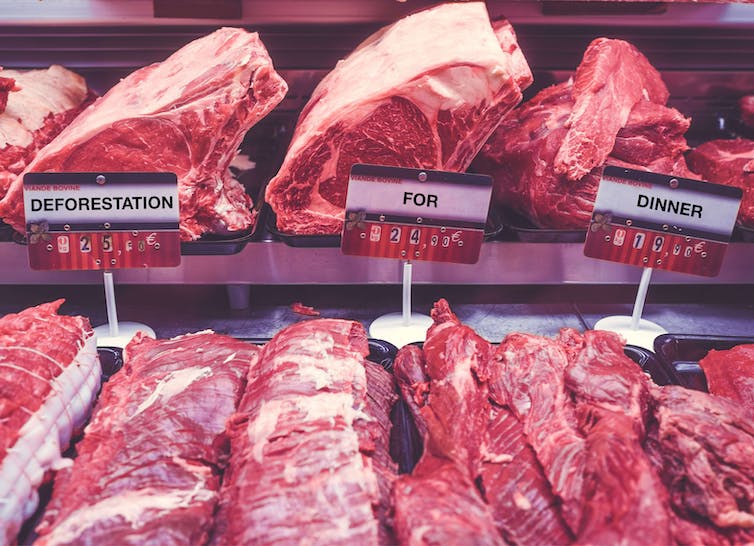 With a side order of indigenous human rights abuse. Laura Kehoe and Sara Lucena, Author provided

It is hard to overstate the case for strong action from Europe. People in Brazil – especially Indigenous and local communities – are being violently repressed when trying to defend their land against agricultural and mining companies.

This violence has reached record levels under Bolsonaro, with at least nine people murdered so far in April 2019. And genocide is a real possibility if nothing is done to protect Indigenous people and their land.

Alarmingly, Bolsonaro has even said:

It’s a shame that the Brazilian cavalry hasn’t been as efficient as the Americans, who exterminated the Indians.

On top of the horrifying assault on Brazil’s original inhabitants, demolishing the country’s forests, savannas and wetlands would have devastating consequences for the world.

If the Amazon rainforest alone is destroyed, the resulting carbon emissions could make it extremely difficult to limit global warming to less than two degrees. Burning fossil fuels is often seen as the only culprit in climate breakdown, but tropical deforestation is the second-largest source of carbon emissions in the world. 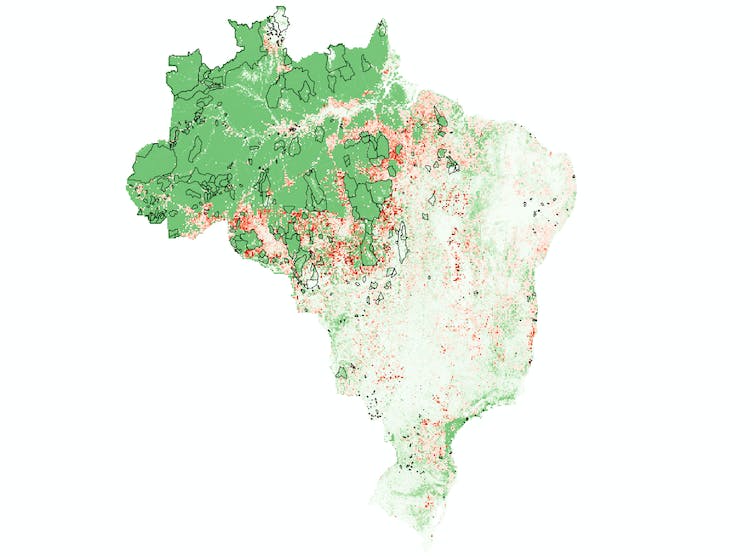 Even losing part of the Amazon could cause a tipping point where the forests no longer create enough rain to sustain themselves. This would cause droughts that would drive many species to extinction, devastate farming in the region and likely cause further violence.

We must act now

We are not just at an ecological tipping point, but a social one, too. The world is waking up to the risks posed by destroying our climate and natural world. Climate change is considered the number one security threat by Brazilian people and by many European nations. 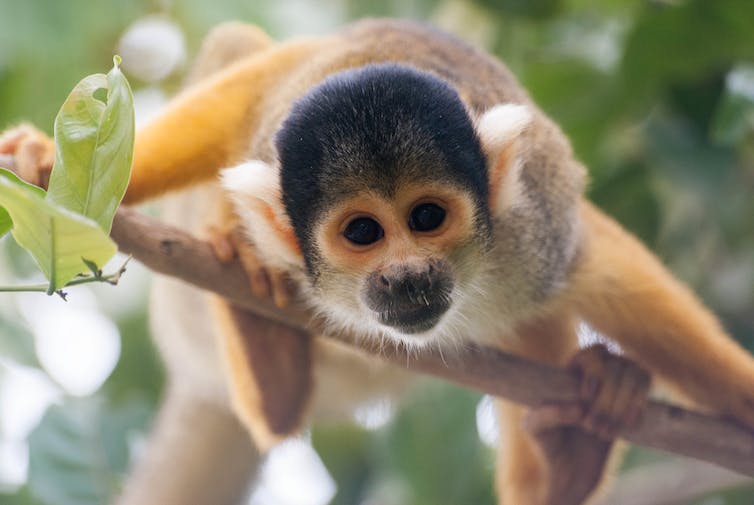 Europeans believe neither their country nor the EU is doing enough to protect our planet’s life support systems. As protests flare up in Europe over environmental crises, climate change will be a key issue in the upcoming European elections.

As scientists, we use emotive words carefully. But our open letter calls on the EU to take urgent action because we are terrified of the consequences of Brazilian deforestation, both locally and globally.

We beg the EU to stand up for its citizens’ values and our shared future by making sure trade with Brazil protects, rather than destroys, the natural world on which we all depend.

Visit EUBrazilTrade.org for more information – including a list of parliamentary members standing in the European election who support this initiative. Register to vote in the EU elections here.