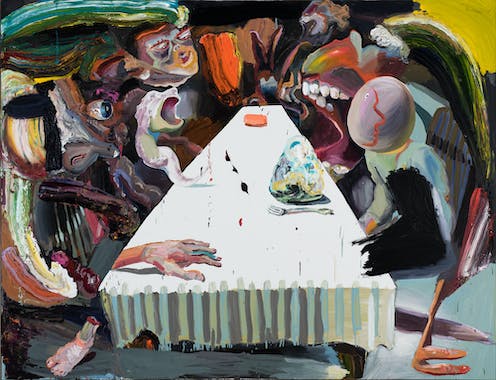 Over the past few years arts coverage in newspapers and magazines has been shrinking. Staff cuts have hit arts journalism hard, with expert writers and critics disappearing in alarming...

Over the past few years arts coverage in newspapers and magazines has been shrinking. Staff cuts have hit arts journalism hard, with expert writers and critics disappearing in alarming numbers. Yet considered criticism is vital to the health of many art forms. An informed critic can explain and contextualise a work, contributing to its appreciation and to our wider cultural conversations.

At The Conversation, we are working to help fill this gap. Our national team of specialist arts critics have decades of experience in their fields – visual art, theatre, film, music, to name just a few – and are given the space and freedom to write at length.

Our focus is on new Australian work in particular. We believe our nation’s cultural offerings deserve serious attention, for the insight, provocation, originality, energy and sheer pleasure they can bring. As theatre historian Julian Meyrick, one of our regular commentators, has put it, arts criticism is “an identifier and definer of national identity”.

This week, Sasha Grishin offers a nuanced review of a major exhibition of Ben Quilty’s work at the Art Gallery of South Australia. Quilty, at 45, is a passionate, prolific artist, known for his engagement with issues such as the plight of refugees, the impact of war and the death penalty. His works are exuberant and urgent, writes Grishin, but there is a sameness to these “huge slabs of oil paint”.

Another of our regular writers, Joanna Mendelssohn, is a former winner of the prestigious Pascall Prize for Australian “critic of the year”. In this superb essay, she considers the fate of artist Nora Heysen, the first woman to win the Archibald Prize, who continued to be overshadowed by her more famous father throughout her lifetime.

Australia’s creative minds are tackling some of the nation’s most pressing moral questions. Our coverage of the Perth Festival recently wrapped up with Stephen Chinna’s review of Speechless, a new opera by composer Cat Hope that is a response to the Australian Human Rights Commission’s 2014 report into children in immigration detention. And as The Adelaide Festival continues, Julian Meyrick will review Manus, a piece of agit-prop theatre in which interviews with Iranian asylum seekers in limbo on Manus and Nauru are relayed verbatim by a cast of actors.

On a different note, look out this week for our reviews of Arbus & West, a new play from Australian playwright Stephen Sewell, and Two Feet, a work by acclaimed Australian dancer and choreographer Meryl Tankard.

At a time of widespread disillusion, our artists continue to surprise and delight us – and ask the hard questions. We hope you enjoy reading about their work, and that our critical engagement enhances the relevance and urgency of their art.