A criminal trial often helps to provide finality for the accused, and closure for victims and society. But following this week’s news, George Pell’s barrister, Robert Richter QC, indicated Pell maintains his innocence and the legal team have already lodged an appeal. Richter said this would be pursued following Pell’s sentencing.

Pell’s conviction no longer appears final, but provisional. The Vatican initially said it would wait until the appeal outcome before launching its own investigation that could lead to the Cardinal being defrocked. But it has now been confirmed the investigation is starting regardless.

The Australian government, though, said it will only strip Pell of his Order of Australia honours if he loses the appeal. Meanwhile, the media and community are awash with confusion about the verdict that came in a retrial after the first trial concluded with a hung jury. It seems many people are holding their breath until the appeal is heard.

Defendants generally only get one appeal, though that one appeal may be taken further to the High Court. If Pell’s appeal is dismissed, he will require exceptional intervention from the Government, which is very rare.

So, what is an appeal, and what might it look like for someone with Pell’s profile and convictions?

Read more: We knew George Pell was guilty of child sex abuse. Why couldn't we say it until now?

How long would an appeal take?

The appeal process is fairly elaborate. It requires the Court of Appeal’s leave (or approval). If given, the defence and prosecution will make written submissions to the court. There is then a hearing, on the basis of which the court will make a decision, explain its reasoning, and make appropriate orders. 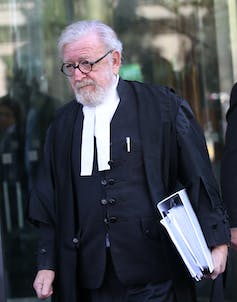 Bail was revoked pending sentencing, anticipating a custodial sentence, and Pell will remain in custody until the appeal. If the appeal is upheld, the court may make a decision immediately following the hearing and publish its reasons subsequently.

Evidence at the trial

The trial did not involve a great deal of evidence. One of the alleged victims had made a report to police in 2015, claiming the assaults occurred after mass. The other alleged victim died of an accidental heroin overdose in 2014, apparently without reporting abuse.

Like many delayed sexual assault cases – almost 20 years in this case – there simply isn’t much evidence available. At Pell’s trial, there seemed to have been little more than the complainant’s allegations and Pell’s denials. Pell did not testify. Video of his denials to police were played to the jury.

The jury may have preferred to see how Pell coped with cross-examination. But he has the right to silence, and his failure to enter the witness box can’t be used against him.

A few other witnesses gave evidence about the masses delivered by Pell at St Patrick’s Cathedral, where the abuse allegedly took place. They supported the defence’s claims of the impossibility of the abuse taking place. Witnesses noted the then Archbishop Pell would have been accompanied at all times during the crowded events and would not have had the opportunity to commit the offences. 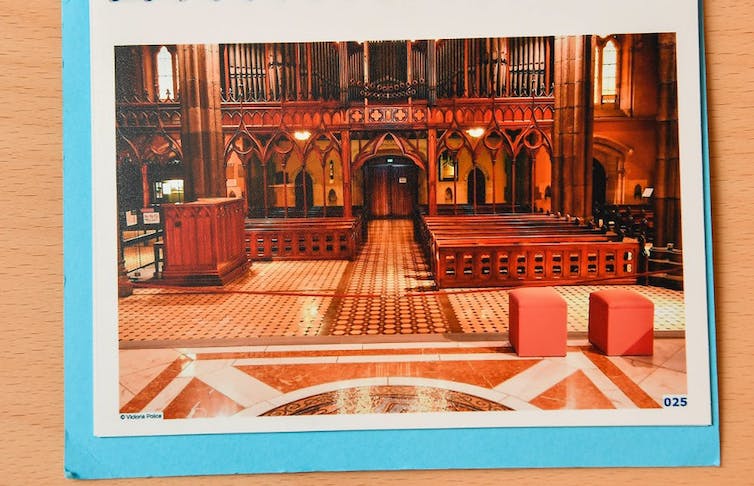 The defence claimed it would have been impossible to conduct the abuse right after mass, when St Patrick’s Cathedral was crowded with people. VICTORIA POLICE

Other types of evidence often relied on by the prosecution in child sexual abuse trials did not feature in the Pell trial. The prosecution wasn’t able to present the complainant’s earlier reports of abuse. It seems he told no one prior to the police report.

The absence of earlier reports would not necessarily help the defence. Courts now recognise there are many reasons why victims of child sexual assault find it hard to talk. They feel confused and powerless, particularly where the offender is in a position of authority.

Read more: Triggering past trauma: how to take care of yourself if you're affected by the Pell news

Many child sexual assault prosecutions rely on evidence of other alleged victims to demonstrate the defendant’s propensity or tendency for child sexual abuse. Such evidence was potentially available in the Pell trial – other allegations had been made from his time in Ballarat in the 1970s.

However, this evidence was not admitted at trial. The two sets of allegations were kept entirely separate (and the trials split), perhaps to avoid the risk of jury prejudice. Pell’s Melbourne convictions (in the cathedral trial) were suppressed while the Ballarat charges (swimmers trial) were pending.

It was only when the prosecution dropped the Ballarat charges that the convictions on the Melbourne charges were made public. 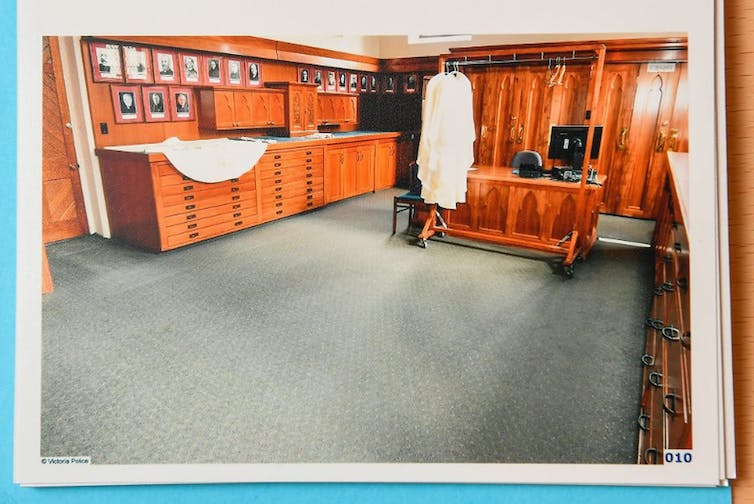 The court heard the offences were committed in the sacristy of the cathedral. Image tendered as evidence at trial, provided by Victoria Police

What would the defence appeal?

Because only limited evidence was relied on at trial, relatively few legal issues were raised. This means the defence may find it difficult to identify any legal error as a ground for appeal. Richter has indicated the defence will claim there were errors regarding the constitution of the jury and the defence not being permitted to use a graphic.

If errors are found, the Court of Appeal would still dismiss the appeal if the errors seem too slight to have affected the outcome.

The other defence argument on appeal could be that the conviction was unreasonable. The jury simply got the facts wrong. Here the defence may face obstacles. The Court of Appeal is unlikely to entertain claims the jury was prejudiced and blamed Pell for the Church’s inadequate response to other paedophile priests.

Appeal courts generally trust a properly directed jury will comply with its duties. Appeal courts are also generally wary of overriding jury verdicts, particularly where they rest upon witness credibility, as in this case. Inconsistencies and gaps in a complainant’s account may be attributed to the delay rather than fabrication.

However, the Court of Appeal may feel well placed to assess the defence argument of impossibility. And in this case, unusually, the court may be able to assess the complainant’s demeanour, since the witness testified over video link.

This may be one of those exceptional cases where the court is prepared to say the jury got it wrong. But the court may also hesitate to override the jury – the community’s representatives – in a case that has opened such a rift in Australian society.