The war on terror has resulted in the gradual erosion of basic civil and human rights in the name of security. The latest casualty in Australia is Mohamed Kamer Nizamdeen, a 25-year-old PhD student, who was locked up in solitary confinement in a high-security prison for four weeks on the flimsiest of evidence.

Nizamdeen has now returned home to Sri Lanka, where he told a press conference that his life has been “shattered” and his future “clearly ruined”.

Nizamdeen was charged with making a document connected to the preparation of a terrorist act. The sole piece of evidence was a notebook found in his workplace desk at the University of New South Wales. Despite denying the handwriting in the notebook was his, and the fact Nizamdeen had not used the office space for a month, he was arrested, deprived of access to a lawyer for six days and denied communication with his family for a month.

He was also classified as an “AA extreme high risk restricted” inmate, the highest classification under NSW’s corrective services system.

Mick Sheehy, NSW police’s detective acting superintendent, told the media that Nizamdeen had “affiliated” with ISIS, but less than two months later, the charges were dropped. 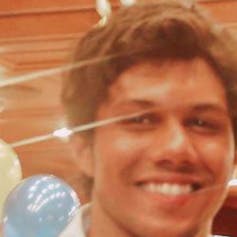 Nizamdeen was not released because he was proven innocent. He was released because the system could not prove him guilty. This is the logic of how counter-terrorism policing and the law works against Muslims and people of colour who are policed as suspect communities.

Under the law, one of the criteria of a terrorist act is:

it intends to coerce or influence the public or any government by intimidation to advance a political, religious or ideological cause.

In her book Traces of Terror, Victoria Sentas, a counter-terrorism law expert, argues that:

the requirement for an accused to advance a political, religious or ideological cause formally introduces a motive element to terrorism offences.

A person can also be convicted of preparing to carry out a terrorist act even without proof that he or she intended to commit such an offence. The prosecution only needs to prove motive – and in the context of the war on terror, proof of a Muslim “extremist identity” becomes evidence of motive.

This is why Nizamdeen’s belongings, such as his computer, mobile phone and residence were searched for evidence of extremist ideology. (None was found.)

Far-right extremists not treated the same

Those who have followed Australia’s unprecedented expansion of counter-terrorism laws, preventative detention and control orders, and intelligence, security and law enforcement powers will not be surprised by the travesty of justice suffered by Nizamdeen.

It has always been the case that the biggest casualties of counter-terrorism laws and policing practices are racialised minorities. Years of law reform, policy frameworks, political rhetoric and community partnerships have normalised the perception that Muslims and “ethnic” people, particularly young people, are part of a suspect community.

Despite the mainstreaming of white nationalist voices and the normalisation of far-right extremist rhetoric in recent years, Muslims and people of colour are still considered the preeminent threat to national security in the war on terror.

The 2014 case of convicted firebomber Daniel Fing is a case in point. Fing was caught with more than a notebook in an office desk – he had a stockpile of explosive materials and maps of targets in Sydney and Newcastle.

Police believed he was plotting a mass attack on the two cities. But not only was Fing not charged with any terrorism-related offences, NSW police “strongly reassured” the public that the plot had “absolutely no links to terrorism”. Then-Prime Minister Tony Abbott also remarked:

There are all sorts of people who do all sorts of weird and, at times, pretty dangerous things. But I haven’t been advised of any potential terrorist threat in respect of this particular issue. 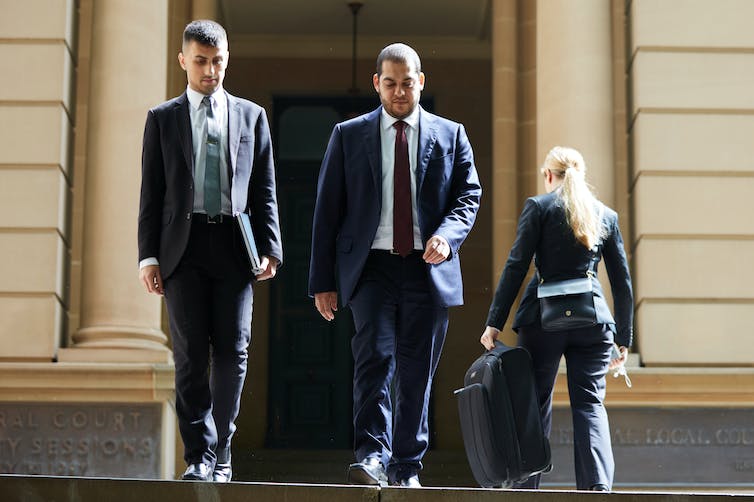 A normalisation of racialised policies

The construction of Muslims and people of colour as “suspect communities” relies on a system that considers them the natural objects of counter-terrorism and countering violent extremism work. This normalises and justifies enhanced social controls and state power over minorities in the name of national security.

As such, a person like Nizamdeen becomes justified collateral damage in the “greater fight against terror”. Policymakers have also used this rationale to justify the curtailing of personal freedoms.

This is what led to the extension of control orders to children as young as 14 and the imprisonment of Junaid Thorne with an AA classification in Goulburn’s high-security facility for the crime of booking airline tickets under the fake name of Prince Bhopal.

We have seen arrests based on spurious evidence (Muhamed Haneef) and police misconduct (Izhar ul-Haque). Our televisions and social media feeds feature sensationalised home raids in Sydney neighbourhoods reported to be “incubators of terrorism”, where police seize “weapons” that are later discovered to be plastic swords and home-made fly swatters.

If Nizamdeen had been a Smith or Jones, it is highly likely he would have met a different fate. Since the September 11 terrorist attacks, the rhetoric of the war on terror has turned the term “terrorist” into an everyday codeword for Muslims and ethnic minorities.

This is the world in which the police, politicians, media and public have come to expect the potential terrorist to exist. This is why new grants and policies aimed at countering violent extremism (CVE) are announced on the steps of mosques and CVE operations target geographic areas and populations deemed “at risk”.

It also explains why Islamophobic attacks are condemned by politicians and the police because they might undermine relationships of “cooperation” between intelligence and law enforcement and the Muslim community.

Read more: How the Australian government is failing on countering violent extremism

Even the government’s Living Safe Together website, a community-based grants program introduced by Abbott’s government to counter violent extremism, reinforces the centrality of Muslims and ethnic minorities to its agenda.

In this context, a suspicious notebook in an office desk codes differently when it is connected with a young Muslim man.

Nizamdeen is the latest in a long line of ethnic minorities who have become victims of a miscarriage of justice in a racialised counter-terrorism regime. While whiteness seems to be a mitigating factor in terrorist offences, being Muslim or a person of colour appears to be evidence of motive.