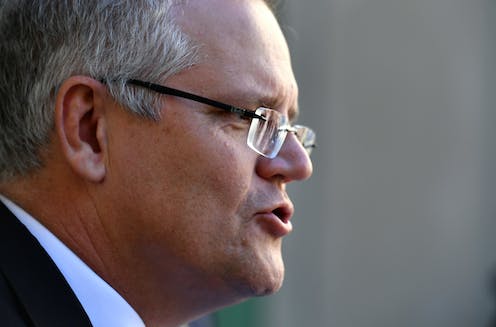 Since Scott Morrison became prime minister last month, much has been made about his religious beliefs and the impact they are likely to have on his leadership.

Understanding Morrison’s faith and how it influences his worldview requires some basic knowledge about Pentecostalism and how it differs from other forms of Christianity.

Pentecostalism has 300 million adherents worldwide, with most found in the United States, South America, Africa and parts of Asia. When combined with Charismatic Christians, who share many of the characteristics of the Pentecostals, this number rises to over half a billion.

As of the 2016 census, only 1.1% of Australians identify as Pentecostal. However, the religion commands significant media attention in Australia, largely because some of Australia’s largest churches – such as Morrison’s own Horizon Church – are Pentecostal.

A brief history of Pentecostalism

Pentecostalism has no universally accepted origin story. Perhaps the best-known starting point is the Azusa Street Mission in Los Angeles in 1906, where the movement emerged under the leadership of African-American pastor William Seymour.

Still another origin story dates back to a bible school in Kansas where a young woman, Agnes Ozman, spoke in an unknown language after receiving the Holy Spirit in 1901. This became known as “speaking in tongues”, or “glossolalia”, and it became an early hallmark of the movement. The first Pentecostals regarded this enigmatic phenomenon as the “initial evidence” that one had received the blessing of the baptism in the Holy Spirit.

Read more: What kind of prime minister will Scott Morrison be?

The Biblical foundation for this is a passage in Acts 2:1-13, which explains how the first Christians experienced the blessing of the Holy Spirit. As a result of this blessing, the members were able to speak in other languages, enabling them to be understood by diaspora Jews gathered in Jerusalem to observe the feast of Pentecost (from which the movement takes its name).

In the early 20th century, Pentecostals believed the blessing was a sign of the second coming of Jesus and the end of history was imminent. This led to Pentecostals being very active in evangelism, which also helps explain the movement’s rapid growth.

From their beginnings, Pentecostals have emphasised what they often call “encounter” with God – a direct experience of God’s presence.

This experience, which is central to Pentecostal worship, is understood to be the empowerment not only for speaking in tongues, but also divine healing and even exorcism. Pentecostals tend to take a literal, “common sense” approach to the Bible, believing that if speaking in tongues and miracles are recorded in the New Testament, these things should continue to be experienced today.

What does this mean for Morrison’s politics?

It might be difficult to claim that Morrison’s policies have been directly formed by his faith, as he has emphasised that the Bible is “not a policy handbook”. However, it is likely his beliefs have had some influence on his policy decisions and viewpoints.

Pentecostals tend to take a socially conservative position toward issues such as same-sex attraction and marriage. This is based on a literal approach to the Scriptures, together with a “restorationist” view that the social and ethical norms of the era of the New Testament should still apply today.

Many LGBTIQ Pentecostals have ended up leaving their congregations as a result of these views. There are, however, a handful of “affirming” (that is, inclusive of LGBTIQ people in ministry) Pentecostal churches in Australia.

The dominant conservative view on same-sex marriage is consistent with Morrison’s abstention from the marriage equality bill. He has also indicated he would enact “preventative regulation” to ensure greater religious freedoms.

Read more: 'Welcoming, but not affirming': being gay and Christian

Pentecostals have been accused of taking an uncritical view of money and capitalism. An often cited example of this is “prosperity theology”, which links financial success and physical wellbeing to God’s blessing. Prosperity theology is, however, a phenomenon that emerges more from American Evangelicalism rather than Pentecostalism.

A better example is the Pentecostal phenomenon of “pastorpreneurs” – a term coined to describe a neoliberal approach to faith emphasising financial growth and entrepreneurial risk-taking.

During his time in politics, Morrison has demonstrated a neoliberal view on economic policies, once referring to welfare recipients as “the taxed-nots”.

His oft-repeated mantra “a fair go for those who have a go,” while reflecting Pentecostal pragmatism, also suggests a viewpoint that only those who contribute financially to the country should reap the rewards of lower taxation.

His maiden speech as prime minister reinforces this message:

I think that’s what fairness means in this country. It’s not about everybody getting the same thing. If you put in, you get to take out. And you get to keep more.

This also relates to one of Morrison’s most controversial positions – his prominent role in the Coalition’s “Stop the Boats” policy.

In his first speech to parliament, he outlined his beliefs as such:

So what values do I derive from my faith? My answer comes from Jeremiah, chapter 9:24: ‘I am the Lord who exercises loving kindness, justice and righteousness on earth; for I delight in these things, declares the Lord’.

However, the asylum seeker policy that Morrison strongly defended during his time as immigration minister seems to run counter to this belief in compassion and justice for those in need.

Also, Morrison’s participation in a multicultural Pentecostal church has thus far not led him to publicly challenge or critique his immigration policies.

There is no unanimity in Pentecostalism on the issue of asylum seekers, and many Pentecostals have been involved in movements such as Love Makes a Way, which seek to end immigration detention.

Current Australian asylum seeker policy does not reconcile easily with the Christian tradition. In relation to this issue and other areas, our new prime minister may seek to make a sharp distinction between faith and politics.