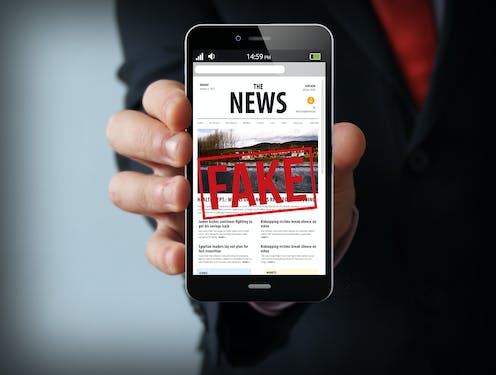 In an age of social media and smartphones, people are accessing more news than ever. The problem is, they don’t believe much of it.

Three-quarters of Australian news consumers say they have experienced “fake news” and are very concerned by it. In the US, two-thirds of adults get their news from social media, but more than half of people expect this news to be “largely inaccurate”.

This is in stark contrast to public trust in journalism before the rise of the internet. In the 1970s, more than two-thirds of Americans trusted news media. By 2016, that figure had fallen to less than one third.

This question motivated new research at the Centre for Media Transition at UTS, which was funded by Facebook as part of the company’s APAC News Literacy initiative, but conducted independently by my colleagues and me.

Our findings suggest that what Australians want most from their news media is accuracy and objectivity, not necessarily accessibility and friendliness – the hallmarks of social media.

What can be done to restore trust in news media?

In the first stage of our research, we compiled an extensive, annotated bibliography of the academic and non-academic literature focusing on trust and the news media. That bibliography includes more than 200 titles and many more authors.

Among these authors is Rachel Botsman, who argues that institutional trust in the media has largely been replaced by what she calls “distributed trust”. Where people used to trust banks, the church, the government and the news media implicitly, she argues, they now tend to trust their friends, family and even strangers.

This is evident in the success of social media, but more obviously in the rise of companies such as Uber and Airbnb, which exemplify the “gig economy” and “collaborative consumption.”.

Read more: FactCheck Q&A: Has confidence in the media in Australia dropped lower than in the United States?

Drawing on Botsman and other authors, we postulated that today’s news consumers want a different type of news media: one that is more peer-to-peer and less top-down. And so in the second stage of our research, we held four qualitative workshops in Tamworth and Sydney to ask participants about their relationship with the news media.

In one exercise, we asked participants to design their ideal news source by choosing from a list of 13 characteristics, including “interactive”, “accurate”, “transparent”, “easy to access”, “objective” and “vulnerable” (by admitting and correcting mistakes). We also included “like a friend” and “less ‘voice of god’”. These last two, we suspected, might well be popular, especially among the young. (Of our participants, half were under the age of 35.)

But the results surprised us. Overwhelmingly, participants both young and old did not want their ideal news source to be like a friend or less like the “voice of god”. These two attributes were the least popular. Conversely, top of the list were three highly traditional journalism values: accuracy, objectivity and being in the public interest.

A closer look, however, revealed that participants did value some elements of a peer-to-peer news media – they also wanted their ideal news source to be transparent, easy to access and interactive.

Trust goes deeper than the source

If our participants are typical, these results suggest that Australians want the news media to be aligned foremost with traditional journalistic values, but also enable consumers to be part of the news-sharing, and sometimes even news-making, process.

In other words, Australians seem to want news that blends elements of institutional and distributed trust.

The workshop participants repeatedly expressed grave concerns about trusting news on social media. However, our results also suggest that Australians believe the trust problem is not wholly the fault of social media. According to our participants, part of the problem is that journalists themselves need to be better at accuracy, objectivity and working in the public interest.

This corresponds with the results of the Digital News Report: Australia 2018, published earlier this year, which found the most common form of “fake news” encountered by Australians is “poor journalism”.

In another exercise, we asked our participants to rate six trust-enhancing strategies currently being trialled by media outlets in various forms.

Tellingly, the most preferred option was “go behind the story”, which involves informing readers why a story was written and what the journalist was unable to find in his or her reporting, among other details. The second preferred option was a clear labelling of news, comment and advertising.

Clearly, consumers want a higher degree of transparency from their news sources.

People will pay for media they trust

The good news emerging from research globally is that there has been a rebound in trust in journalism. Currently, 50% of Australian news consumers trust the news, up from 42% last year. By contrast, only 24% of people trust the news they find on social media.

In his 1995 book Trust, US political scientist Francis Fukuyama argued that high-trust societies tend to be thriving societies. And this is where the media play a crucial role. As philosopher Onora O’Neill says:

If we can’t trust what the press report, how can we tell whether to trust those on whom they report?

Our workshops suggest that Australians want to trust the media, but are suspicious. This must be addressed, not least because, as the Digital News Report: Australia 2018 found, there is a strong link between trust in news, concern about fake news and people being prepared to pay for their news.

This raises an interesting prospect: if we can successfully address the issue of trust and news media, we might even begin to solve journalism’s revenue crisis.