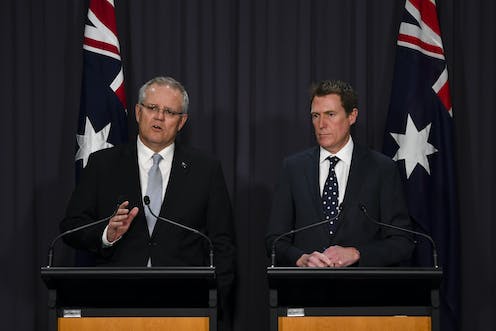 The fruit contamination crisis has delivered a devastating blow to the growers of Australia. The crisis is now so big it seems to have reached New Zealand as well.

Producers and consumers have been justifiably outraged that someone, for reasons no one knows or understands, has decided to place sewing needles into packaged strawberries. The question for authorities is how to prevent this.

Prime Minister Scott Morrison was quick off the mark, foreshadowing amendments to legislation to create new offences and to change proof requirements. He also announced plans to increase the penalties for this type of crime: imprisonment for up to 15 years. Morrison said:

Two matters arise from these announcements. One requires a legal explanation; the other involves some criminological and political speculation.

To that end, section 380 of the Commonwealth Criminal Code Act makes illegal any activity that involves the contamination of goods, including food, where there is an intention to cause anxiety, harm or loss.

Attorney-General Christian Porter has foreshadowed a change to the mental element for this crime. No longer will it require proof of a specific intention to cause harm. It will be sufficient for prosecutors to prove reckless indifference that harm might be caused.

Also before the federal parliament is the Espionage and Foreign Interference Bill, which contains new “sabotage” offences that make it a crime to cause damage to Australia’s critical infrastructure.

In light of the fruit contamination crisis, the definitions of “sabotage” and “infrastructure” will be amended to include tampering with goods intended for human consumption, where that tampering is deemed prejudicial to national security.

It is now time for some speculation. Leaving to one side the new offences and the alteration to the intention threshold, which may or may not increase the number of future arrests and conviction rates, can we confidently assume we will all be safer as a result of the increased penalties? The answer is no.

We have known for a long time that deterrence theory is highly speculative. There is little hard evidence that punitive approaches have a consistent deterrent effect.

Indeed, how does one ever know what conduct, and how much conduct, has been deterred by a rise in a penalty? And how do we know whether it was that specific legislative change that caused any recorded drop in crime?

Sentencing specifically for deterrent purposes is equally problematic. Magistrates and judges must sentence a myriad of personalities, in circumstances that change from case to case, to achieve a broad range of often inconsistent sentencing goals (not just deterrence), using a limited range of penalties, and guided by case law and legislation that is often contradictory. It is a tough ask to expect that this exercise alone will achieve a specific deterrent outcome.

Indeed, deterrence theory is premised upon a “free will” view of human motivation. That is, the theory assumes all offenders are rational decision-makers who weigh up the pros and cons of their actions. It is a brave assumption.

Moreover, for the deterrent penalty to be effective, a close relationship has to exist between the severity of the sanction and an offender’s perceived risk of being apprehended and convicted. That relationship rarely exists. So it is fanciful to think that a saboteur will think twice about his or her actions on the strength of penalties being increased from 10 to 15 years.

Read more: Strawberry sabotage: what are copycat crimes and who commits them?

It is also unrealistic to suggest that it is in the public interest to sentence to, say, a dozen years behind bars someone who, for reasons unknown, engages in a “copycat” crime and presents to a police station or media outlet with a contaminated package that they themselves have tampered with.

So there must be something more behind the government’s announcement. There is. It is caught up in what we refer to as “desert” theory. This is the idea that any penalty structure should reflect a relationship between the seriousness of a particular crime and the harshness of the punishment. Desert theory, moreover, demands the imposition of sanctions that are of a nature and sufficient degree of severity to express the public’s abhorrence of the crime for which the penalty was imposed.

Viewed in this light, the government’s announcements make complete sense. But we need to remember that the changes the government has foreshadowed have a far greater likelihood of making political mileage by expressing our collective outrage than of altering the behaviour of an unknown person’s twisted mind.