Released today, the third annual Australian Digital Inclusion Index report shows that digital inclusion – a measure of digital access, affordability and ability – has improved for Australians over the past 12 months.

While the gains were modest across the country (reflecting the trend since 2014), the digital inclusion score recorded by Tasmania rose substantially. This improvement is partly a result of the rapid and extensive uptake of NBN services across a state where the rollout is now essentially complete.

Overall, the NBN does not seem to have been hugely successful so far in convincing the more than 2.5 million Australians who are not online to connect.

But the ADII, which comprises more than 100 indicators of personal internet access, expenditure, activity and attitudes, shows that the NBN can directly and indirectly enhance a range of aspects of digital inclusion.

Read more: Australia's digital divide is not going away

Each dimension registers a score out of 100, and together these form an overall digital inclusion index score.

An ADII score of 100 represents a hypothetically perfect level of access, affordability, and ability. A score of 70 or over is regarded as high; one below 50 as low.

The ADII is populated with data from around 16,000 respondents to Roy Morgan’s Single Source face-to-face interview and product poll survey collected weekly over the course of a year.

The NBN and Tasmania’s rise in digital inclusion

Tasmania’s ADII score for 2018 is 58.1. Although this is the second lowest score of any state or territory in Australia (just above South Australia), it represents a major improvement on Tasmania’s 2017 ADII result of 50.1. 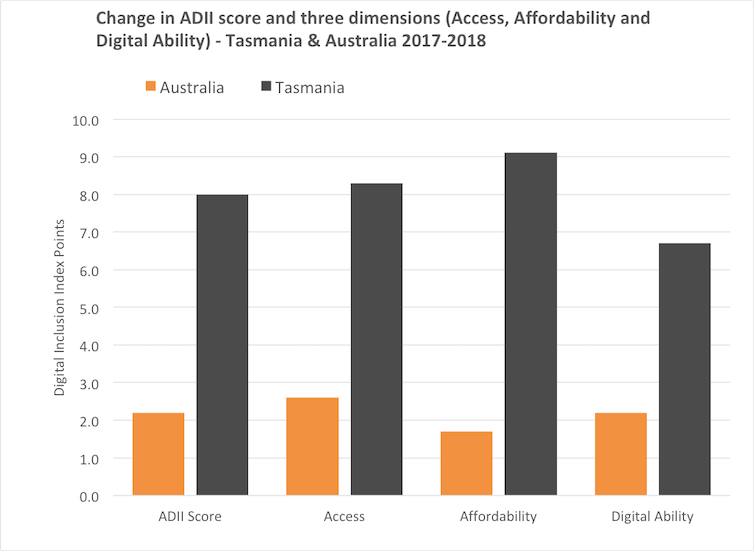 Notably, the gap in the access dimension (which captures if, how, and where people access the internet and the data allowances they have at their disposal) has now all but disappeared. 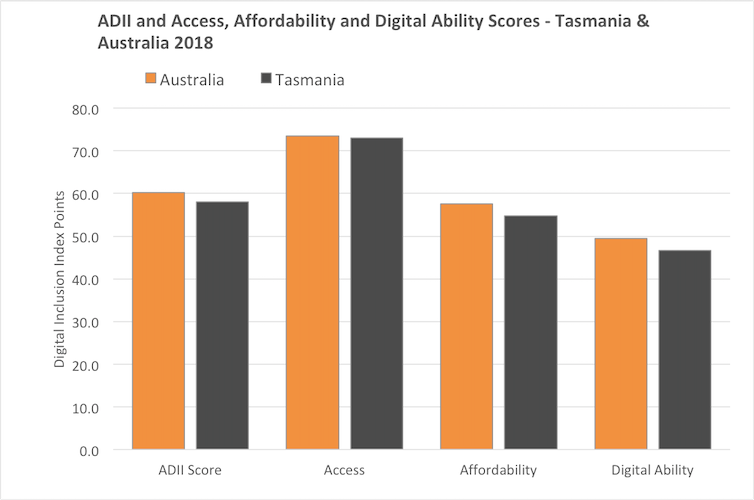 In 2018 there’s only a 2 point gap in the ADII score between Tasmania and Australia as a nation. In previous years the gap was bigger. Roy Morgan, ADII Dataset, March 2018, Author provided (No reuse)

Tasmania’s access improvement is underpinned by the uptake of NBN services.

Between 2017 and 2018 the percentage of Tasmanians with NBN connections more than doubled, from 29% to 60%. Over this period the NBN became accessible to almost all Tasmanian households. 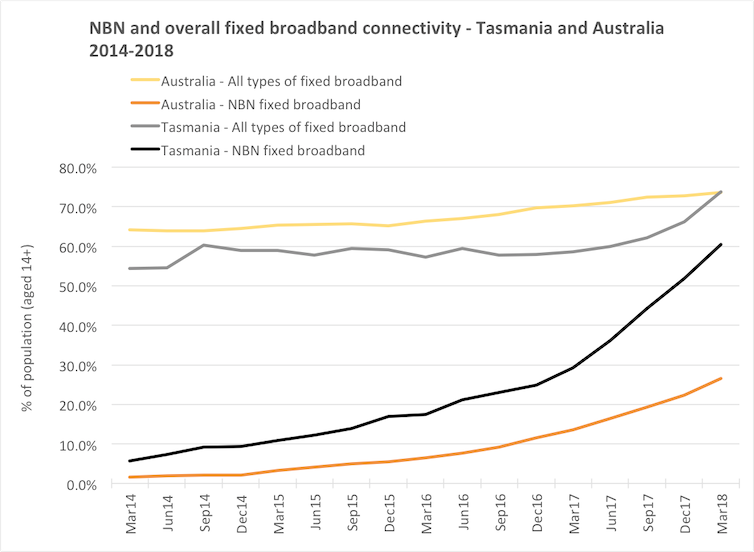 The rollout of NBN in Tasmania is close to complete - and it’s having an impact on internet connectivity in that state. Roy Morgan, ADII Dataset, March 2018, Author provided

Many of these households were required to make NBN decisions in the past year as the shutdown of existing landline and internet networks progressed across NBN-accessible areas.

The uptake of the NBN has directly increased the access score for Tasmania because, based on speed and reliability , the NBN is generally a superior fixed broadband technology than ADSL (notwithstanding some consumer experiences).

An analysis of other indicators contributing to access improvements in Tasmania reveal some secondary NBN effects.

1. More people signed up for the NBN

The NBN rollout seems to have encouraged those previously without fixed broadband to establish a connection. Around 11% of Tasmanian NBN subscribers indicate that they did not have fixed broadband a year earlier, while the corresponding “conversion rate” for ADSL connection technology was 6%.

Having fixed broadband of any type fundamentally improves access. So the NBN rollout’s impact on pushing up fixed broadband penetration in Tasmanian from 58.6% of the population in 2017 to 73.7% in 2018 is important.

2. People signed up for more data

The NBN rollout has contributed to a large increase in the internet data allowances Tasmanians have at their disposal.

3. People are getting better value for money

The increase in data allowances had a flow-on impact on affordability. In particular, it has improved value for money based on cost per gigabyte of data since the sharp rise in allowances has not been matched by an equivalent rise in expenditure.

It is essential that the speed, capacity, reliability and value for money improvements yielded by NBN connectivity be translated into more productive and rewarding online activity if digital inclusion is to be meaningfully realised.

Tasmania’s digital ability score, which measures people’s attitudes to technology and their capacity to engage in online tasks, rose substantially in the past year. This is reassuring, but the state still trails the national average by 2.9 points on this dimension of digital inclusion. 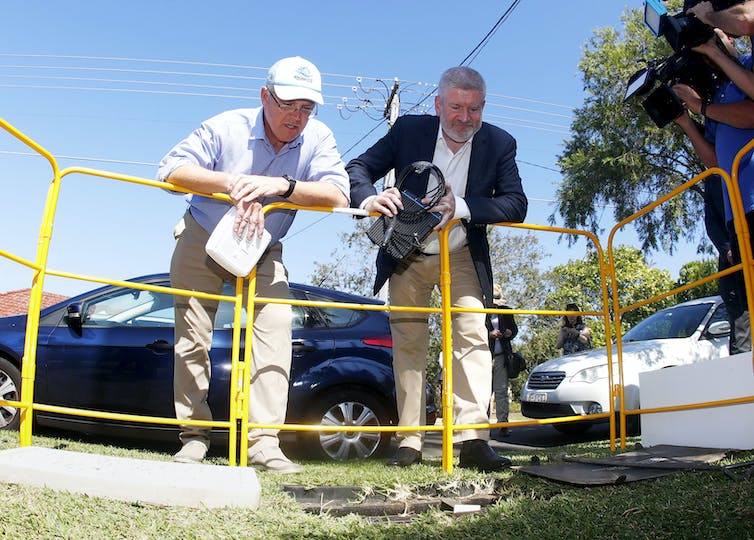 But the impact will be tempered by local factors. Tasmania registered a substantial improvement in digital inclusion across all three dimensions, but it did so from a very low base. Whether states with higher existing levels of digital inclusion will experience the same NBN step change remains to be seen.

The NBN may have improved the average level of digital inclusion across Tasmania, but deep digital inequalities persist in the state, as they do elsewhere, based on a range of geographic and socio-economic factors.

Low-income earners, those not in the labour force, those who did not complete secondary school, and people aged over 65 continue to record low digital inclusion index scores in 2018, and some of these groups are falling further behind.

Some recent research also suggests that the NBN may actually exacerbate digital inequality, since the rollout of lower speed and less upgradable NBN technologies is more prevalent in lower socio-economic areas. It will take many years to gauge the long-run social and economic consequences of NBN’s complex, evolving mix of technologies in creating a patchwork of new digital inequalities.

The ADII does not currently capture data on specific NBN technologies. This is an aspect of digital inclusion worthy of further investigation.