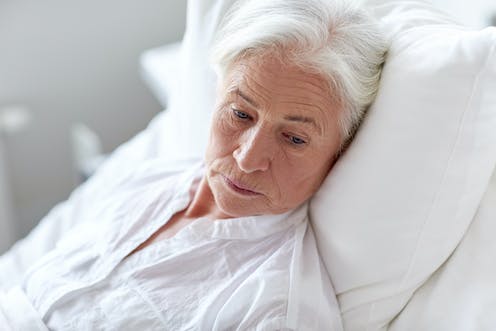 Heart disease is the leading cause of death in both Australian men and women. But our new research shows Australian women who have heart attacks are less likely to receive treatment and are at a greater risk of experiencing problems with their care than men.

Past research noted the different health outcomes of women and men who had heart attacks, but it was unclear whether this was due to differences in the type of heart attacks they suffered or other differences such as age and size.

Our study, published today in the Medical Journal of Australia, set out to examine whether – all things being equal – women with a STEMI (ST-elevation myocardial infarction) type of heart attack have the same outcomes as men.

A STEMI is a common and lethal type of heart attack. We chose this condition because it has a tell-tale signature on an ECG (or electrocardiogram, which measures the electrical activity of the heart), making it easy to identify. It also has a standard treatment pathway.

We analysed data from a large national registry that collects information about patients who have had heart attacks and been admitted to 41 Australian hospitals.

We found that women with a STEMI heart attack were less likely to undergo coronary angiography – a special X-ray of the heart’s arteries – to see if they are narrowed or blocked than men.

Women were more likely to have a serious problem with their care after their heart attack than their male peers, and were less likely to be referred for cardiac rehabilitation (for things like exercise and nutrition advice), or to be prescribed medications.

What does this mean for women’s care?

If patients don’t undergo coronary angiography, any blockages are unable to be identified and treated.

Our study found that not only were women less likely to get these blockages treated than men, when they did, this treatment was more likely to be later than recommended by the hospital’s own performance goals.

These treatment disparities lead to women being twice as likely to die than men six months after their heart attack.

The exact reasons for the disparity are unclear. But the type of heart attack and differences in other risk factors – such as the rate of diabetes, high blood pressure, high cholesterol – did not explain the differences.

Addressing the gap in care

Heart attacks remain under-diagnosed in women, which is likely to stem from poor awareness among health providers and the general public.

Because heart attacks have traditionally been thought to be a disease of middle-aged men, women are often quick to encourage their partners to seek medical attention when they develop worrying symptoms, while ignoring similar symptoms themselves.

While it’s commonly thought that women take better care of themselves than men, research has found that women who have a heart attack are less likely to attend cardiac rehabilitation, less likely to take their medication regularly and less likely to make lifestyle changes to improve their health.

Women who have heart attacks may have fewer classical symptoms such as pain in the centre of the chest and are more likely to experience breathlessness or nausea.

We need to be pro-active about improving care for women who have had a heart attack and raising awareness about the unique risks women face.

This article was co-authored by Ehsan Khan, Cardiology registrar at the Flinders Medical Centre.