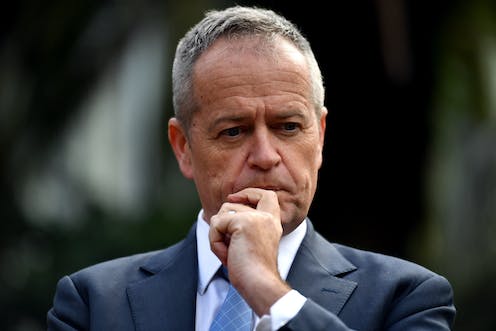 Although the gap narrowed, this was Malcolm Turnbull’s 35th successive Newspoll loss as PM, five more than Tony Abbott, and two more than the previous record 33 successive losses for a government.

42% (up two) were satisfied with Turnbull’s performance, and 48% (down two) were dissatisfied, for a net approval of -6, Turnbull’s best since March 2016. Bill Shorten’s net approval dropped three points to -25. Turnbull maintained a large unchanged 46-31 better PM lead over Shorten.

Other questions on the company tax cuts repeated a skewed question that I criticised five weeks ago. The question on whether the cuts would create more jobs (50-36 agreed) focused on a pro-tax cuts argument, without any counter-argument presented.

The final question asked if it was fair for Shorten to attack Turnbull for “having been successful in his business career?” This framing is very favourable to Turnbull.

It is likely that Labor dropped in this poll due to Shorten’s mess-up over the company tax rates. When a party’s leader blunders, it is more likely to affect the party’s vote than a mistake by anyone else. After Tony Abbott announced the resumption of knights and dames in January 2015, the Coalition’s vote dived.

I think Labor should be more worried about Turnbull’s rising ratings than Shorten’s bad week. The PM’s net approval and the government’s two party vote are strongly correlated, so the better Turnbull’s net approval, the better the Coalition will tend to do on voting intentions.

44% (down five since September 2017) blamed private power companies most for rising power prices, 21% the Turnbull government (down one), 11% environmentalists (up two) and 7% renewable energy companies (up two).

Since the earliest Longman poll in mid-May, Labor has turned a four-point primary vote deficit against the LNP into a four-point lead. Only One Nation’s strong preference flows to the LNP are keeping them slightly ahead or tied with Labor in the last two Longman polls.

Mexican election: landslide for the left

In Sunday’s Mexican presidential election, the left-wing candidate, Andrés Manuel López Obrador, known by his initials AMLO, won a commanding 53.0% of the vote, with Ricardo Anaya, who led a right-left coalition, in a very distant second with 22.5%. AMLO’s vote share was the highest in a Mexican presidential election since 1982. AMLO’s MORENA party and its allies are likely to win outright majorities in both chambers of the Mexican legislature.

I had a preview article for The Poll Bludger. AMLO’s win has been attributed to chronic violent crime and corruption, but I believe Donald Trump was also a factor.

Apart from the Irish abortion referendum in May, the left has not been able to celebrate in Australia or internationally in the first half of 2018. The Mexican election is a strong start to the second half of 2018 for the left.