Tasmania is in the grip of a rental housing affordability crisis. What do local governments do to help?

We wanted to know whether local governments recognised this issue and actively helped seniors to continue living in their communities. We found much more. Local governments have not traditionally been recognised as housing providers, yet many of Tasmania’s 29 local councils do provide subsidised accommodation.

How bad is the problem?

Local councils have been forced to intervene because the state is in the grip of an affordable housing crisis. In Hobart, rental vacancy rates are as low as 0.3%, the lowest of any Australian capital city. The average weekly rent of A$440 is 30% of median weekly household income. That’s the rental equivalent of being in mortgage stress.

Lack of other options has meant that some families resort to camping out and living in caravan parks while they try to secure rental accommodation. Tasmania’s extremely low vacancy rates combined with high rents, lower socioeconomic status, and highly decentralised population means that finding accommodation can be exceptionally difficult.

There are just over 54,000 rental properties throughout Tasmania. Housing Tasmania, the public housing provider, owns about 13,000 of these. Roughly 20,000 are owned and rented privately, as opposed to through a real estate agency.

The estimated shortfall of rental housing is about 5,000 households for Hobart and 29,200 households across the state.

The rental housing crisis has particular repercussions for older people who rent. Rising numbers are facing homelessness for the first time. Current health policies aimed at older people remaining in the community rather than in aged care may make matters worse.

Half of the Tasmanian population is 42 or older, the highest median age of any Australian state. Recent research has found that someone renting privately at age 45 is likely to be “highly impoverished” in retirement.

Read more: Why secure and affordable housing is an increasing worry for age pensioners

With housing need increasing, pressure is growing on all levels of government to help resolve the crisis.

What local councils do and why

Of those that responded, three councils provided local rental accommodation for older people. Two provided this at below-market rent specifically for those on low or fixed incomes. For example, in June 2017, Central Highlands Council advertised residential units for lease to low-income, local retirees.

Asset tests were not always applied. This meant older farmers who needed to be more centrally located for health reasons were able to apply. 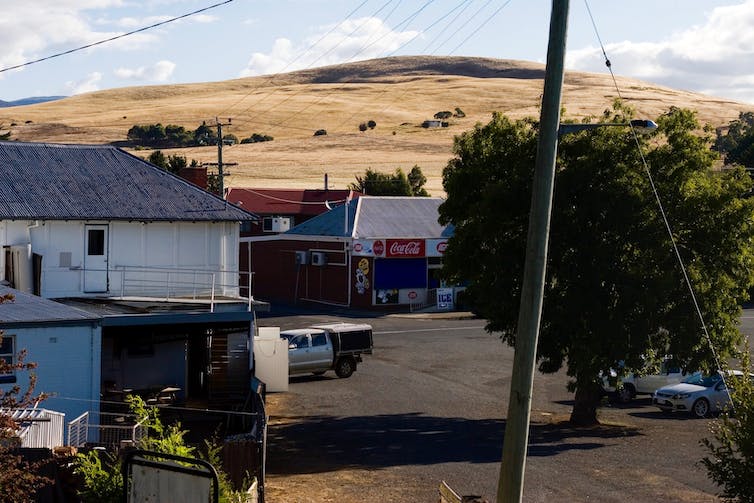 Low-income retirees may need local council housing support to be able to remain in small rural towns like Ouse in the Central Highlands. caspar s/Flickr, CC BY

Where councils identified that they leased properties targeted at seniors, most of these were bought or built in the 1980s with state and federal funding support. These grant programs no longer exist.

Only one local council indicated it was actively building more accommodation for seniors. When complete, this would provide 60 rental properties. This council had a higher proportion of people approaching retirement combined with a highly decentralised population.

In contrast, another council stated that it believed interest in council-supplied rental accommodation was declining.

This comment tallies with state government statements gathered as part of a 2016 study. The researchers stated that the number of applicants for state-owned seniors housing in the northern region was declining. Consequently, age restrictions were in some cases “relaxed” to fill vacancies.

Our study also identified regional differences in council approaches. Larger urban-based municipalities were less likely than their rural counterparts to own property targeted at the seniors group. But they were more likely to provide assistance in other ways.

The importance of our findings

Less popular forms of financial assistance were rates remissions and fee waivers for planning and building approval fees on applications for seniors and aged care facilities.

Councils also identified that they provided rental accommodation and accommodation support to a range of other cohorts, not just older people.

These findings highlight the importance of better understanding the diverse ways in which local councils can support housing in their communities. The roles of rural councils are particularly important to explore, given the socioeconomic disadvantages entrenched in these communities.

Better understanding the community benefits of such activities may encourage more councils to provide housing. It may also encourage state and federal governments to consider again supporting local governments in providing accommodation, particularly for older people.

The authors acknowledge the contribution of Jen Newman, of Regional Development Australia – Tasmania, to the research and this article.