ON THE PILL: In this seven-part series we explore the history, myths, side-effects and alternatives of the pill, and why it’s the most popular form of contraception in Australia.

The introduction of the contraceptive pill in the 1960s was a major milestone for female empowerment. It allowed women to separate sex from procreation, and to increase their participation in work outside the home.

Now, more than 100 million women worldwide use the oral contraceptive pill to prevent pregnancy or control their menstruation.

But the pill and other hormone contraceptives are not without side effects. We usually focus on the physical health effects of the pill, yet the most common reason women stop or change the pill is mental health side effects.

Depression is one of the most prevalent and debilitating mental disorders in Australia, and affects twice as many women as men. It is estimated that one in four women will experience depression in her lifetime.

One in four Australian women between the ages of 18 and 49 use the pill, at any one time. But few are aware of the link between the pill and depression.

There are many oral contraceptives available in Australia, with different types and doses of the hormones oestrogen and progesterone.

The most commonly prescribed is a combination pill, which contains an oestrogen to prevent ovulation, and a progesterone to reduce the chance of a fertilised egg implanting into the wall of the uterus.

Most combined oral contraceptives have a similar dose and type of oestrogen, but the progesterone types and doses vary widely. 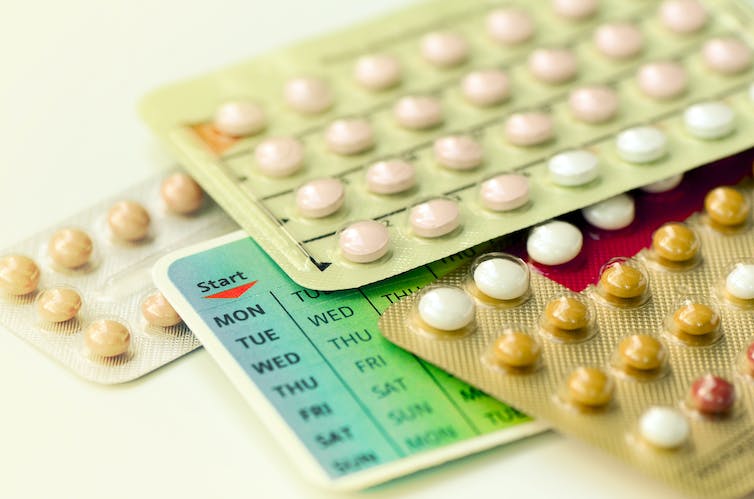 There are also several progesterone-only contraceptives that do not contain oestrogen. These are known as the “mini-pill”, or injected contraceptive (“depot provera”), or the skin implanted “straw” (Implanon or Norplant).

A recent review has shown that sex hormones have significant impact on brain areas related to emotional and cognitive functioning. Progesterones have been shown to induce depression, particularly in vulnerable women.

Synthetic progesterone (more than natural progesterone) has significant effects on the brain chemicals serotonin and monoamine oxidase, resulting in depression, irritability and anxiety.

There is a great deal of variation in the effects of hormone shifts on mood and behaviour. Some women are very sensitive to small shifts in oestrogen and progesterone; others aren’t.

What does the research say?

Women taking the pills with low amounts of oestrogen had more depression than those taking higher oestrogen dose pills.

Read more: Biology is partly to blame for high rates of mental illness in women – the rest is social

A 2016 Danish study of more than one million women supports our clinical findings. The researchers found that, compared to non-users, women aged 15-34 who took the combined oral contraceptive pill were 1.23 times more likely to be diagnosed with depression and prescribed antidepressant medication.

The study concluded that depression is a significant potential side effect of hormonal contraceptive use, especially in adolescents. 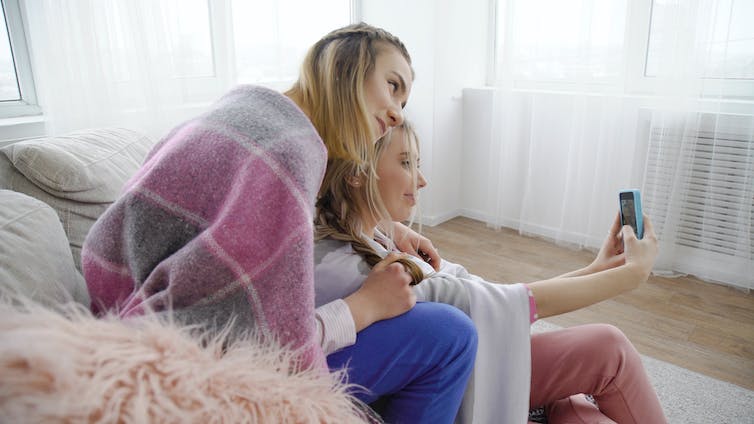 Adolescents taking the pill appear to be at higher risk of depression than women in older age groups. From shutterstock.com

It’s not all bad news

Emerging research by our group and others suggests the combined contraceptive pill may improve “verbal memory” or memory for words and language. This is thought to be driven by oestrogen, which has been shown to positively influence memory-related brain regions.

The development of new hormone contraceptives that don’t impact adversely on brain chemistry is well overdue. Women must have the right to control their fertility without compromising their enjoyment of life.