We’re living in something of a golden age for political satire. Politics and satire can even feel, at times, almost indistinguishable.

But politics and comedy have never been that far apart. Charlie Chaplin’s 1941 film The Great Dictator ridiculed Adolf Hitler. More recently The Thick of It mocked the UK political class and Veep satirised US politics with very funny and scarily prescient results.

Those latter two were written by Armando Iannucci, a Scottish writer and director who has been described as the hardman of political satire. His new film, The Death of Stalin, stars the likes of Steve Buscemi and Jason Isaacs and is about the chaotic political drama that followed the Russian leader’s demise in 1953. 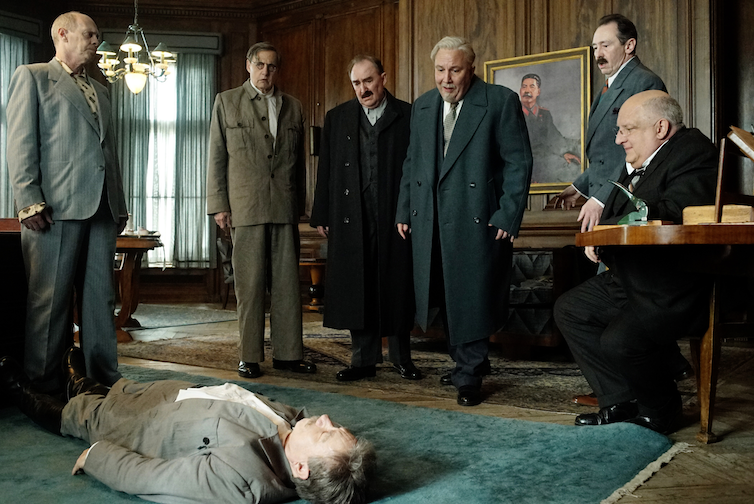 A scene from The Death of Stalin. Madman films

For this episode of Speaking With, I spoke to Armando Iannucci, who warns that we should beware any politician who can’t take a joke.

And, by the way, there’s a bit of swearing in this interview, so consider this a language warning.

The Death of Stalin will be in cinemas March 29 across Australia.