Six months after the explosive allegations of sexual harassment against Hollywood producer Harvey Weinstein came to light, giving impetus to the #MeToo movement, this series looks at the aftermath of the movement, and if it has brought about lasting change to sexual harassment and gender equality.

The recent surge of attention given to sexual harassment has laid bare a long silence about the reality of women’s working lives. As a practitioner and now researcher in sexual harassment law reform, it is a conversation I never imagined taking place on this scale. Yet there are still important gaps in it.

Our thinking around sexual harassment in the workplace is both too much about sex, and not enough. By concentrating on sexual behaviours alone, we overlook women’s non-sexual experiences of being denigrated or undermined at work.

Read more: #MeToo is not enough: it has yet to shift the power imbalances that would bring about gender equality

At the same time, discussions of sexual harassment are also not enough about sex. They ignore one of the most damaging consequences of harassment: the chilling effect on women’s sexual expression and behaviour.

When sexual harassment is too much about sex

When we think of sexual harassment, we typically think of a young woman subjected to the unwanted sexual attention of a (usually older) man. This focus on sex suggests that women are disadvantaged by individual acts of sexual aggression, rather than more systemic inequalities. The remedy for sexual harassment then becomes dealing with those individual men, with a select few publicly targeted and losing current positions or contracts.

This approach diminishes the many non-sexual acts that make workplaces hostile to women. These can often be subtle and cumulative.

In a recent Australian study, women reported – alongside sexual harassment – men being preferentially promoted because they were seen as more confident. Women felt they had to to dress differently, or take off a wedding ring to avoid assumptions about child-bearing. They also reported being “treated like a moron”, and not taken seriously compared to men. These undermining acts are arguably even more damaging than sexual harassment. 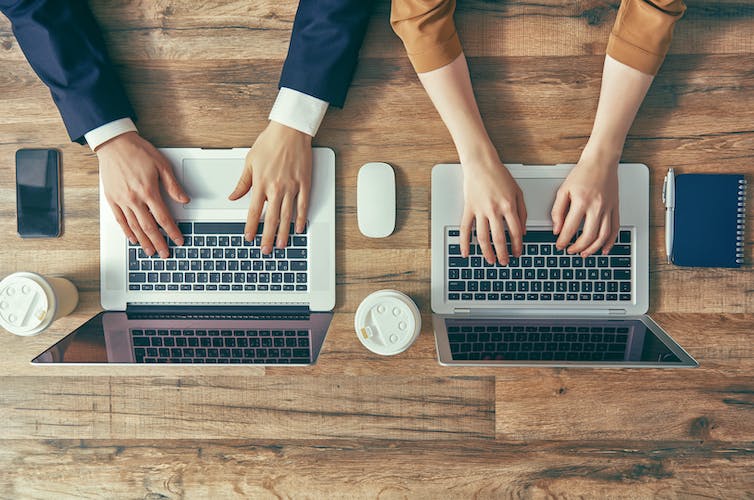 In a recent study, women reported forms of discrimination such as men being preferentially promoted because they were perceived as more confident. Shutterstock

When women are treated unequally at work because of their sex, this may still be protected as a form of sex discrimination, but non-sexual behaviours have not received the same level of public attention that sexual harassment has. The separation of sexual and non-sexual mistreatment has artificially created two seemingly distinct categories of gender inequality and channelled attention to the sexual. Non-sexual acts that contribute to women’s inequality are overshadowed by the racier stories of harassment, and since less visible, are even harder to pinpoint and prove.

Read more: #MeToo exposes legal failures, but ‘trial by Twitter' isn’t one of them

In law, courts have struggled to characterise certain behaviours as “sexual” enough to fit within sexual harassment. In 1996, the Supreme Court of Victoria awkwardly held that repeated and invasive declarations of love by an employer were “sexual”, bringing them within the law. In another case, a discrimination complaint was undermined by treating sexual acts (cutting women’s bra straps in a workplace ritual) as separate from non-sexual acts (calling a senior woman a “mother hen” and her team the “nursery”), rather than as evidence of a whole environment hostile to women.

More recently, a case failed when a woman could not show that the series of non-sexual acts she complained of (male colleagues turning off equipment taps so tightly that she could not use them, ignoring her, and being treated as less authoritative than junior male colleagues) were because of her gender. Sexual behaviours by men, in contrast, are presumed to be directed at and harmful to women.

Sexual harassment is not enough about sex

Sexual harassment reverberates far beyond an individual perpetrator or act. The chilling effect of constant low-level policing of sexual boundaries takes a wider toll on women’s sexuality. This is because they are forced to modify themselves – their appearance, their speech, their interactions with men – in response to anticipated as well as actual male behaviour.

Young women are particularly subject to sexual harassment, and their sexuality often develops in that context. While around a third of Australian women have been sexually harassed, a recent survey of hospitality workers, disproportionately female and young, found 89% had experienced harassment. Actor Natalie Portman said recently that receiving rape fantasy fan mail and being sexualised in the media as a teenager forced her to adopt a “prudish” persona to feel safe and respected. 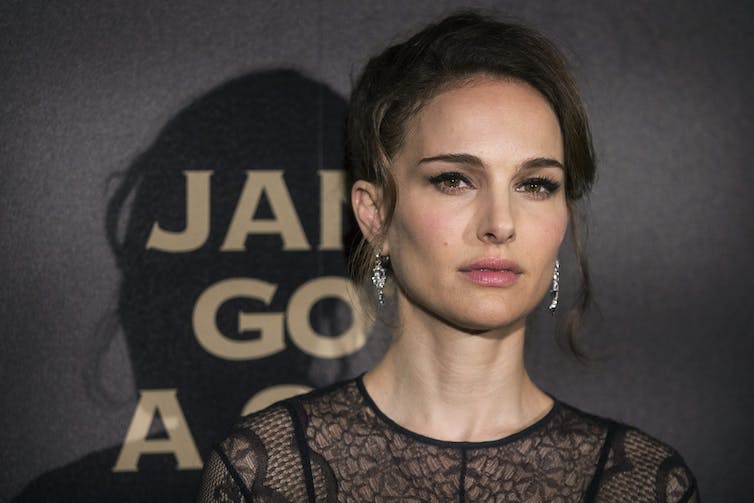 Actor Natalie Portman recently spoke out about the effect being sexualised has had on her behaviour. Etienne Laurent/AAP

Recent discussions about sexual harassment have largely ignored these significant sexual harms, for which there is little recognition and no legal remedy, while unnecessarily sexualising broader gender inequality.

How can we address these subtle, but serious, harms? Sexual harassment laws have existed in Australia for decades, but addressing inequality takes more than law. We can only fix the damage we can see.

We need to look beyond individual sexual misbehaviour to the wider meaning of sex in sexual harassment, and reform our current laws based on a broader understanding of women’s sexual and non-sexual experiences of inequality.