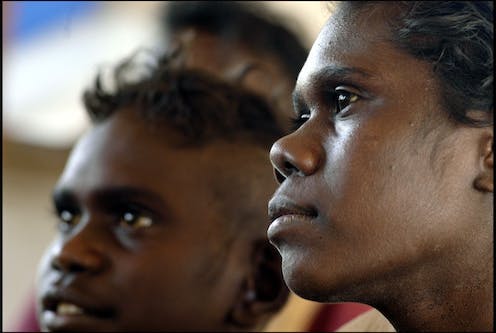 For almost a decade now, Aboriginal and Torres Strait Islander people carrying the hope and aspiration of their communities have made an annual pilgrimage to Canberra to hear what progress has been made to “close the gap”. Here they feast on hollow optimism and carefully crafted excuses that promise things will change.

Despite the cumulative effort of successive parliaments, departments and Aboriginal and Torres Strait Islander communities across the nation, ubiquitous gaps are yet to be arrested, let alone closed.

This year the three progress areas are nuanced aspects of child mortality, early childhood education and year 12 attainment. The success hailed in this year’s Prime Minister’s Closing the Gap report is predicated upon being on track to halve the gap rather than close it. The areas the same report declares off track are school attendance, literacy and numeracy, employment and life expectancy.

Every social indicator is important, but if there was a “silver bullet” it would certainly have been found by now. A greater focus on education in all aspects of Aboriginal and Torres Strait Islander life would advance tangible and sustainable change.

Aspects that herald grave concern from this year’s report card include the fact that Indigenous attendance rates in the secondary grades have declined slightly (by less than two percentage points) from 2014 to 2017, without an equivalent fall in non-Indigenous attendance. In 2017 77.1% of all students attended school 90% or more of the time. This suggests that a quarter of Australian children are not attending school consistently.

There have been big gains in year 12 attainment or an equivalent qualification, yet we are still yet to see these translate into equivalent representation in universities. Indigenous people comprise only 1.7% of the domestic student population (compared with 3.1% of the Australian working age population).

The gaps across educational sectors exist as silos. We need better integration between school and higher education options such as what the Toorong Marnong Accord in Victoria is achieving. This bridge between the two silos provides more sustainable pathways and early evidence of enhanced completion rates. Indigenous undergraduates continue to have much lower completion rates – 40.5% of Indigenous students who commenced university studies in 2010 had completed a degree by 2015, compared with 66.4% of non-Indigenous students.

The dropout rate for Aboriginal and Torres Strait Islander students within the first year of university is twice that of non-Indigenous students. This carries a direct flow on to the other social indicators. More Aboriginal and Torres Strait Islanders with university qualifications will give rise in time to an Indigenous middle class, taking them from “struggle street to main street”.

As Indigenous people we understand both the virtue and the vagaries of the Westminster political system. One wing of political believers is voted out and is replaced by another wing of political believers. Their policies are usually diametrically opposed to that of the previous group in order to differentiate themselves to constituents. This mechanism delivers society with a creative tension that spawns innovation and growth.

However for Aboriginal and Torres Strait Islander peoples and communities the issues are constant. In the fifty years since the 1967 Referendum Indigenous communities have seen gains made over one term of a parliament diminished and often returned to “ground zero” by the next.

This means that littered on the policy landscape are unfulfilled and under fertilised programs that insatiably consume resources without return on investment. Relegated to the policy and programmatic scrapheap you will find MATSITI (More Aboriginal and Torres Strait Islander Teaching Initiative) and the national network of Indigenous Education Consultative Bodies which were two significant drivers for educational change. This was amplified when the Abbott government culled Aboriginal and Torres Strait Islander programs and tethered within the Prime Minister and Cabinet department the folly that was IAS (Indigenous Advancement Strategy).

Within the IAS (Indigenous Advancement Strategy), initiatives in train were thwarted from within relevant departments in deference to a single arrangement. This jettisoned many community programs while at the same time elevating and encouraging non Indigenous competition to the community. This personality-driven extravagance ultimately cost millions, stagnated and reversed progress. Such are the vagaries of the Westminster system.

For Aboriginal and Torres Strait Islander people this is measured in lives of our families and our communities. The fact that the gap exists in so many critical social indicators is for any nation, particularly one blessed as ours, unacceptable.