A deadly feline disease is now spreading between cats after hiding in nature for nearly 40 years. Multiple cases of feline parvovirus, also known as cat plague, or panleukopenia, have been reported in stray kittens in the greater Melbourne area this week.

Feline parvovirus was a common disease in the 1960s and 1970s. Australia was one of the first countries to develop an effective vaccine. Once widespread vaccination became routine, the disease was pushed back into nature. 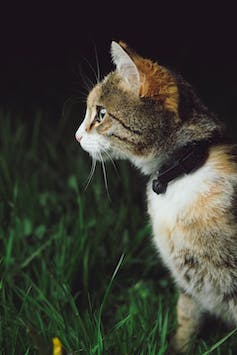 Most cases of parvovirus are in kittens and young cats. Raphael Schaller

In the 1970s, cases were typically seen in unvaccinated kittens purchased from markets or pet stores, and in shelters where vaccination protocols were lax.

Between the early 1980s and 2015, cases were unreported, but no doubt feral and semi-owned cats were still sporadically infected.

The re-emergence first occurred in animal shelters in Mildura and Melbourne in 2016 and south-western Sydney in 2016. Many cats died. Even survivors suffered greatly. In all these outbreaks, affected cats had one thing in common – they had not been vaccinated.

What is feline parvovirus and how does it kill?

The bone marrow is transiently wiped out by the virus, resulting in a depletion of white blood cells. As a result, infected cats are unable to fight the invasion by secondary bacteria that attack the leaky gut wall.

Most cases of feline parvovirus are in unvaccinated kittens or young cats. The welfare of cats is hugely impacted by this terrible disease – it makes cats miserable for many days, if they survive. 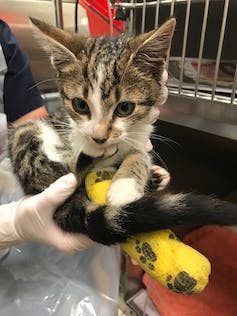 This eight-week-old kitten, Cola, wasn’t vaccinated and contracted feline parvovirus. She needed a transfusion and recovered from the infection. David Hughes

Treatment can costs thousands of dollars, and many owners just can’t afford it. But even with treatment, the fatality rate remains high.

Feline parvovirus is spread by faeco-oral contamination: from infected cats shedding virus in their faeces. Litter trays and natural latrines (such as sandboxes) are prime sources of infection.

This may occur where infected cats are kept close to uninfected cats (in shelters and pounds), and in homes where cats have outdoor access. But you can track feline parvovirus into your house on your shoes or clothing, so even 100% indoor cats are not safe.

Feline parvovirus can usually be quickly diagnosed by veterinarians using rapid point-of-care test kits and then confirmed in a lab.

There is no risk of this virus spreading to human patients.

How did it re-emerge?

Feline parvovirus was never completely eliminated from the Australian cat population and instead has been maintained at low levels in the unowned and feral cat population for the past 40 years. Remember, there are perhaps six times as many unowned cats than owned cats in Australia!

This adaptable virus also has the potential to infect foxes and wild dogs, only later to be passed back to cats, providing a variety of potential environmental reservoirs.

Read more: Our dogs and cats are spreading fleas around the world (and to us)

Perhaps with an increased effort to rehabilitate and rehome “fringe dwelling cats”, it was inevitable that the virus would spill back from these unvaccinated cats into the general pet cat population, given waning herd immunity.

Consistent with this hypothesis is the first outbreak occurring in rural Mildura, a somewhat underprivileged socioeconomic area (government figures show the median household income is A$878 per week), and subject to incursions by feral cats, foxes and wild dogs – including dogs used for hunting. 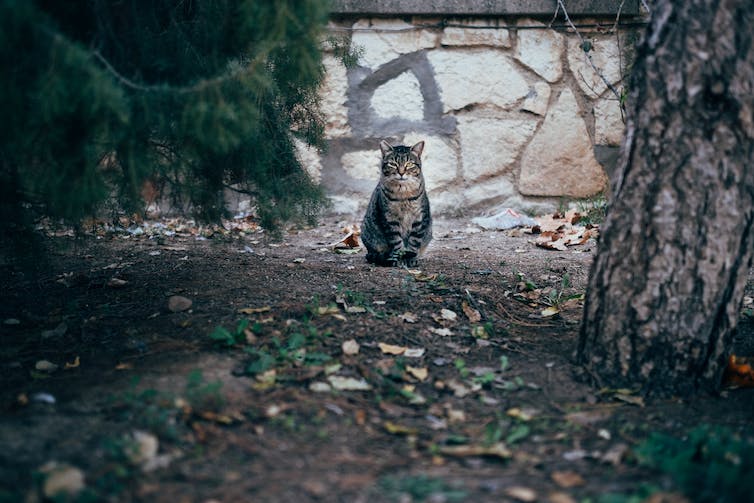 It is our suspicion that the cost of vaccinating the family cat (currently more than A$200 for a kitten requiring a course of two to three vaccines) exceeds the budget for many pet owners.

The best protection for any cat (and every cat) is widespread vaccination of as many cats as possible in the community at large. This “herd immunity” is the best protection against this highly contagious, persistent, resistant virus. When vaccination rates fall below 70%, cat populations are in trouble.

How do we protect pet cats?

Vaccination against feline parvovirus is highly effective (more than 99%) and is given by veterinarians as part of an F3 or F4 vaccine at the same time as a routine health check.

The Australian Veterinary Association recently recommended all cats be vaccinated annually. But with the modern range of vaccines, there is good evidence that in kittens older than 16 weeks, a single vaccination produces immunity which last several years

If a kitten has received two or three kitten vaccinations (the last one at 16-18 weeks of age), and a booster one year later, it likely has excellent protection against the virus, probably for several years, and possibly for life. 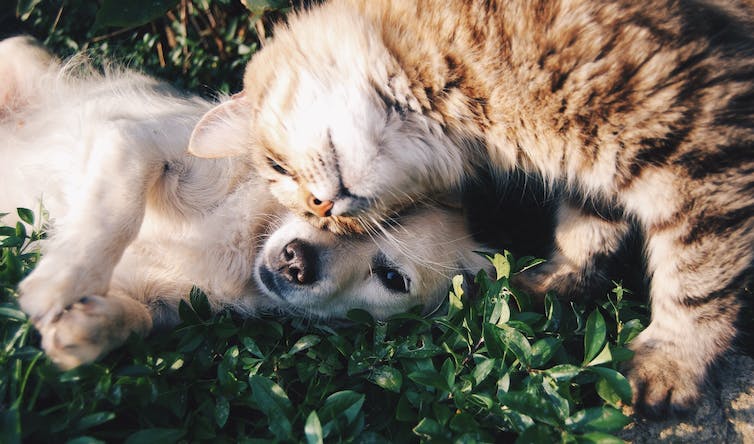 Is it time to vaccinate? Krista Mangulsone

If your adult cat has received an annual vaccination in the past three years, it likely has excellent protection.

If your cat is more than three years overdue for its vaccination, it is sensible to visit your local veterinarian soon. Your cat will develop or maintain excellent protection within a few days of vaccination.

But what about unowned and feral cats?

We need to support efforts to vaccinate cats that have never been vaccinated against feline parvovirus – cats owned by people who are unable to afford vaccinations, and cats that have been dumped and are now unowned and free-roaming.

New South Wales is making some progress in this area. The NSW Cat Protection Society responded to a 2017 outbreak by subsidising free vaccinations for cat owners in Sydney. RSPCA NSW has ongoing targeted low-cost vaccination programs for cat owners, particularly in regional and remote areas of NSW.

Finally, for people who cannot afford veterinary care because of their life circumstances, Pets in the Park and similar charities can provide another option for vaccination.