These mantras, circulated widely through social media, have ricocheted around the world and were felt perhaps most viscerally in 2017. It was a year full of political events that, in hindsight, look like a string of assaults against democratic ways of living.

Is democracy dying, or perhaps already dead? Is it really time to eulogise democracy, or are we rather on the cusp of a new phase in its long and varied life? – Jean-Paul Gagnon, University of Canberra

Anguish about democracy attests to its value

It has become common that under half of the citizenry votes in most Western democracies, that anti-democratic politicians get elected, and that elected authorities are accused of failing to protect citizens’ interests.

Corruption and nepotism are making comebacks and inequalities of all sorts are on the rise. At this time it is legitimate to ask whether democracy is breaking apart.

However, this worrisome situation should not transform us into sceptics about democracy. The outcry against the problems mentioned above shows that the public notices and criticises political shortcomings to realise democratic ideals – that there is something about democracy worth mobilising for.

Hence, as certain existing democratic regimes risk being perverted, we should use this critical moment to reinvent and expand democracy.

In most parts of the world, democracy has so far only taken the form of a specific kind of institutional arrangement, namely electoral representative democracy. It relies on a valuable but limited set of institutions, which preserves an exclusionary bias and a fundamental suspicion of citizens’ capacity to make political decisions.

The current challenges to this specific set of institutions should encourage us to acknowledge alternative, emerging practices of democratic participation and to create and experiment with complementary institutions.

Referendum procedures, new forms of representation, or assemblies of citizens are examples of the innovations we should consider to revivify democratic systems. Be it only because democracy enables us to publicly, legitimately and continuously question its value and to peacefully propose new ways of realising it.

Don’t look to the powerful for answers

The democratic impulse rarely originates in the corridors of power. Certain political elites may have a knack for exploiting right-wing populist and nationalist narratives to rewrite history and give a semblance of democratic legitimacy to the “corporate state”, but they are hardly effective when it comes to promoting popular concerns about freedom, justice, equality and social dialogue.

Normally, democracy is fought for and won by ceaseless struggles and popular resistances.

During the wave of pro-democratic protests that recently swept through the world, protesters in the West were critical of the liberal representative model of democracy, growing inequalities, and the influence of business on politics.

It’s clear there is a need to rethink democracy. The solution, however, is not to revamp the old model but to defend and simultaneously revisit the idea of democracy. We need to do so in such a way that it fosters equality, freedom and a sense that ordinary citizens have a greater influence on politics – virtues that the liberal representative version has failed to deliver.

The task of rethinking democracy is pressing because we are witnessing arrogant and aggressive attempts by political elites to appropriate democratic language to expand their own powers.

Despite massive protests and opposition to their policies, they call on “The People” to offer more undemocratic solutions to real or imagined problems. They curtail freedom, centralise control, divide society, destroy the climate and institutionalise their privilege in the process.

The more than 13.4 million files in the Paradise Papers revealed the workings of the tax haven industry.

The rethinking and remaking of democracy is going to take effort and perseverance, but the continuing resistance shows that now is definitely not the time to announce the death of democracy because it never belonged to those who seem to be killing it in the first place.

Authoritarianism is the business of predators: the cynical exploitation of the democratic weaknesses of the moment. Populism is expressive anger: a reaction against conditions of the moment felt to be threatening and out of control. Both are caused by democracy’s own political demons.

We don’t need to relitigate democracy, but we do need a full-throated affirmation of its value, which comes in three different keys.

The outcome key: over time and in the face of vicissitudes and ineptitude, democracy aims at general wellbeing more consistently and competently than other forms of government. Democracy is the only self-correcting system. Democracies have recessions, depressions and fumbling responses to crises. They do not have famines.

The defence against tyranny key: civil society is the bulwark against arbitrary and total power. Only democracy cultivates freedom of association and its product: the groups, associations, networks and political parties that fuel unendingly contested democratic politics and that make trouble.

Our best check on elite tyranny

Democratic governance provides the best practical check on elite domination. The citizenry has numerical superiority in every state. Unfortunately, elites (wealth, military, religious) know how to atomise and render them effectively powerless: thus the persistence of narrow oligarchy and autocracy throughout recorded history.

However, democratic institutions such as elections, the law and the free press, along with their ideals of political equality and individual freedom, can facilitate citizens’ efforts to co-ordinate their actions, draw upon their collective strength and force their elite competitors to agree to some sort of co-operative relationship.

In a functioning democracy, everybody – even billionaires, generals and bishops – must obey laws made by and enforced by all citizens.

It is certainly true that democratic governance often breeds contentious public discourse. It can lead to terrible, even disastrous outcomes from time to time. But it is far better to endure those things than to endure the horror of being forced to bow down publicly to an oppressive tyrant with no realistic hope of betterment either for yourself or for your children.

Solutions start with a constructive critique

Representative democracy has always been regarded as problematic by those who have sought to replace it with authoritarian rule. Today many of these authoritarian trends have gained new voice and increasingly anti-democratic forces can be found.

But we can’t conflate all challenges to representative democracy as being the same. We can distinguish between those social forces that draw inspiration from the radical right – such as ethnonationalism, neo-fascism, militarism – and those that can be seen as a novel continuation of the libertarian socialist tradition – Occupy, Black Lives Matter, Rojava.

The radical right is intolerant, aggressive and wants to capture the state for authoritarian ends and to nationalise capitalism.

By contrast, the libertarian socialist tradition is an attempt to extend democracy into areas like the economy (for example the citizen’s wage, universal income, worker control of industry). Libertarian socialists also attempt to reconfigure centralised state power and restore decision-making to communities.

Both movements are responding to the same conditions: the polarising impact of capitalism on social life (inequality, insecurity, poverty) and the failure of representative democracy to offer solutions to these problems.

Such solutions are simpler for the radical right, which has no commitment to democracy or civil liberties. The radical right wants to impose order upon society by any means, including violence and intimidation.

For movements inspired by the libertarian socialist aspiration to deepen, enrich and extend democracy, finding solutions is much harder. The means to be used are seen as fundamental to the society that will emerge.

As a result, violence, fear, propaganda and other powerful anti-democratic tools are eschewed in favour of education and organising communities through dialogue and negotiation.

In privileging the present over long-term sustainability, contemporary democracies have failed to deal effectively with climate change. But this does not mean, as some suggest, that we require a more authoritarian solution. Rather, we need to understand the sources of short-termism and think more creatively about our democratic institutions and practices.

The sources of short-termism are multiple and mutually reinforcing. These include: short electoral cycles that incentivise limited party-political horizons; vested interests that benefit from current political and economic arrangements; our psychological preference for immediate gratification; an economic system that privileges carbon-based consumption; and unborn generations who are unable to defend their interests.

These examples could be seen as a litany of despair. Or they could be recognised as a new set of challenges on which to base democratic renewal.

The potential contours for a reinvigorated long-term democracy are beginning to emerge. Imaginative and practical democratic innovation already includes: institutional experimentation such as independent offices for future generations that scrutinise the decision-making of other public bodies; new rights and forms of public participation designed to orientate citizens towards consideration of future generations; and co-operatives and other forms of collective corporate governance that prioritise sustainability over immediate economic return. 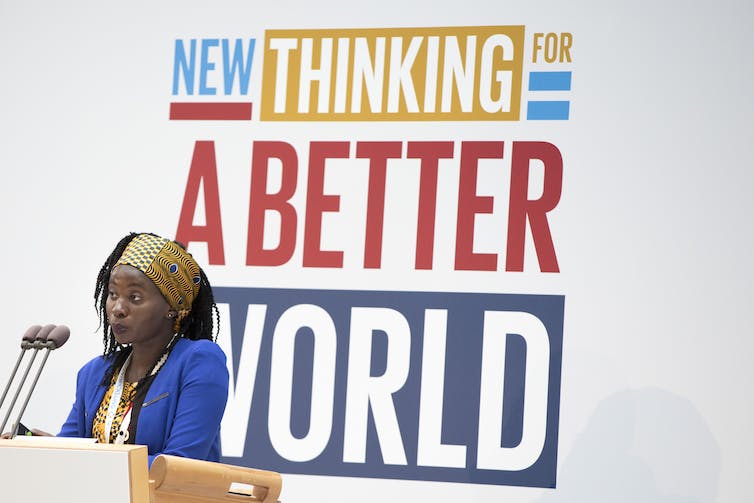 Time to get serious about citizenship education

Civil society, voluntary associations, active citizenship, social capital – these were the rosy keywords often used in discussions of radical democracy at the end of the 20th century.

Now, nearly 20 years later, we are seeing that people’s active participation can be negative, driven by emotional populist movements. Social capital is not always strong enough to empower people who are alienated and excluded from decision-making. Civil society is often uncivil.

History tells us that the so-called democratic political system does not guarantee the improvement of democratic society. Karl Mannheim, for example, who analysed mass society in the age of fascism, worried about an irrational democracy of emotions.

Mannheim was an advocate of social education (a concept similar to citizenship education today), which is meant to make the attitudes and behaviours of both common people and elites more democratic.

Although some might doubt the efficacy of such an education for the democratisation of society, it hasn’t in any serious way been tried before. As the old saying goes: we won’t know if it’ll work until we try.

For Mannheim and some of his contemporaries like John Dewey, T.S. Eliot and A.D. Lindsay, democracy is not only a political system but also a way of life. Citizenship education is not only a matter of school education but also of people’s social practice in their everyday lives.

Far from saying “democracy is dying”, we need to say that “now is the time for democracy to be lived”.