Certain characteristics of social media may contribute to these negative effects.

Read more: Is social media to blame for the worsening mental health of teenage girls?

Cyberbullying has been linked to depression, anxiety, social isolation, and suicide. Compared to “traditional” forms of bullying, cyberbullying can be witnessed by a larger audience, the perpetrator can remain anonymous, and the victim may find it difficult to escape. 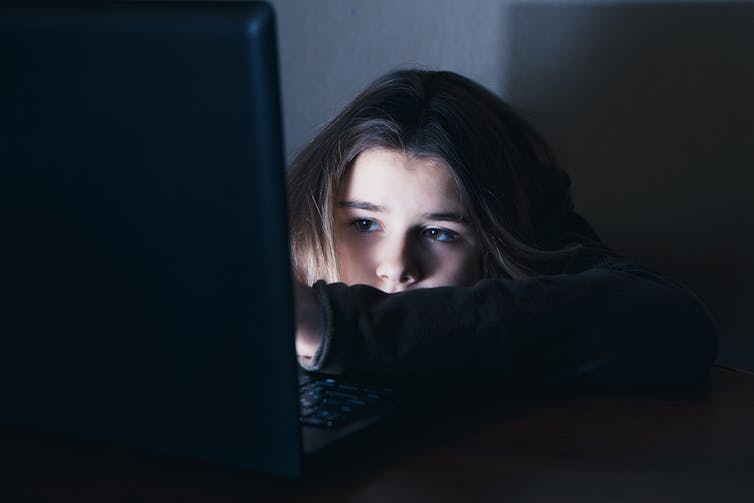 Cyberbullying can be witnessed by a larger audience, the perpetrator can remain anonymous, and the victim may find it difficult to escape. from www.shutterstock.com

A common social media activity is viewing others people’s profiles. But these frequently portray edited versions of people’s lives, such as only displaying images in which the person looks attractive or is seen enjoying themselves.

So young people may develop an impression other people’s lives are preferable to their own.

This can be made worse by the social endorsement provided by the number of “likes” a post might get. In one study, nearly one-fifth of respondents said they’d delete a post if it didn’t receive enough “likes”. 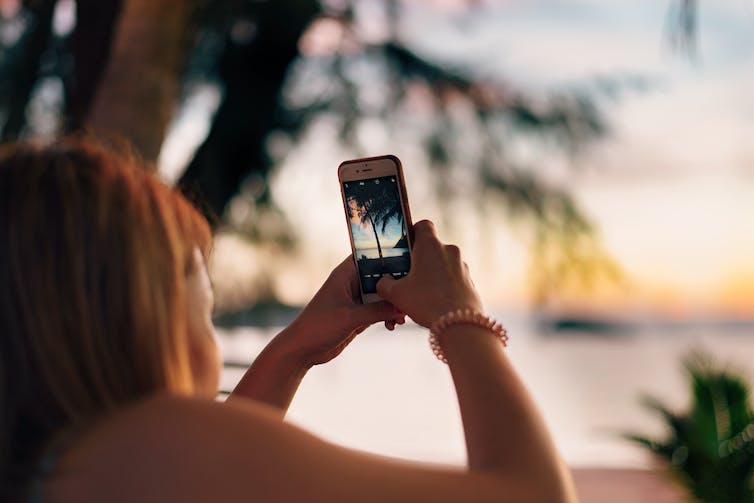 People post highly curated and edited versions of their life so their followers only see the good stuff. Ragnar Vorel/Unsplash, CC BY

The potential negative impact of social media on at-risk young people is receiving increasing attention. Risks identified include the potential for contagion or copycat events; sharing information about suicide methods; encouragement to engage in suicidal behaviour; and the normalisation of suicide-related behaviour as an acceptable coping mechanism.

Read more: To talk or not to talk? The dilemma of suicide contagion

There are also significant potential benefits social media can provide. It can create a sense of community, and facilitate the support from friends. It can encourage people to seek help and share information and resources. More frequent social media use has been associated with improved ability to share and understand the feelings of others.

The reach, cost-effectiveness, and accessibility of social media means information, support, or treatment can reach people who might not otherwise have easy access. Clinical services are beginning to harness the benefits of social media to augment the care they provide. For example, colleagues at Orygen developed an online platform for clients and their families to augment face-to-face treatment. It has been trialled with promising results.

Monitoring language used in online posts might also enable tracking and detection of people who may be at risk.

For example, Facebook recently launched “proactive detection” artificial intelligence technology that will scan all posts for patterns of suicidal thoughts, and when necessary send mental health resources to the user or their friends, or contact local first-responders.

But there are ethical implications, which include privacy and duty of care. Social media’s rapidly evolving nature, reach and anonymity make rigorous evaluation of its risks and benefits challenging. 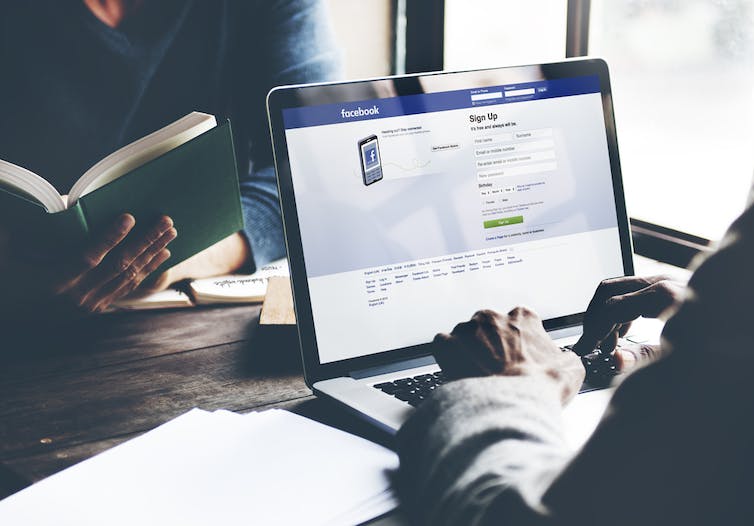 Does Facebook have a duty of care to its users? from www.shutterstock.com

But the way social media is used is important. For example, active (compared to passive) social media use can be beneficial. Although browsing Instagram has been associated with increased depression, talking to others online increases life satisfaction.

And some individuals may be more susceptible to the negative aspects of social media than others. Research suggests personality traits and the level of envy felt towards others online influence whether one will be negatively impacted.

The pathways to mental illness are many and varied, and to suggest mental health problems can be attributed to social media alone would be an over-simplification. But we need to acknowledge the risks and platform administrators, parents, mental health organisations, schools and universities, and young people themselves have a role to play in minimising these risks.

It’s unlikely social media use will decrease in the near future, so we need to manage the risks and harness the potential benefits to improve the mental health of our young people.