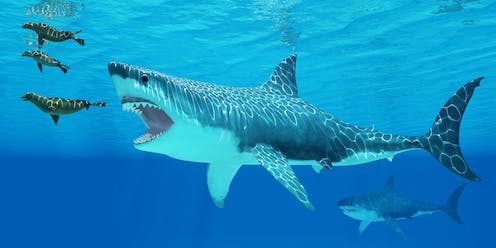 We’re proud to have five The Conversation authors featured in the The Best Australian Science Writing 2017, edited by Michael Slezak, and with a foreword by Emma Johnston.

The book was launched at The Australian Museum. The blurb says:

Good writing about science can be moving, funny, exhilarating, or poetic, but it will always be honest and rigorous about the research that underlies it.

This is what we’re all about at The Conversation - making sure that all our articles are supported by evidence, and at the same time helping readers see the relevance, the importance, the nuances but also the joy of science and technology.

Our selected authors are good examples.

In Peter Ellerton’s What exactly is the scientific method and why do so many people get it wrong?, he explains there’s a big difference between science and pseudoscience. But if people don’t understand how science works in the first place, it’s very easy for them to fall for the pseudoscience.

In Gender equity can cause sex differences to grow bigger, Rob Brooks writes that moves toward gender equity in opportunity – including the dismantling of patriarchal power structures – might, paradoxically, also widen sex differences.

John Long tackles the myth that giant predators might still be cruising around our oceans in Giant monster Megalodon sharks lurking in our oceans: be serious!. Yes, giant sharks did once exist in our oceans – but these went extinct many millions of years ago.

Also included in the book is regular The Conversation author Alice Gorman, with her piece Trace Fossils: The Silence of Ediacara, the Shadow of Uranium, which we republished from Griffith Review State of Hope. The essay won the Bragg UNSW Press Prize for Science Writing 2017, which recognises the best short, non-fiction piece of science writing for a general audience.

These The Conversation pieces are presented in the book alongside 27 other selected science essays published in Australia during 2017, and written by scientists, journalists, philosophers and writers.

Science writer and artist Margaret Wertheim received the UNSW Scientia Medal for Science Communication at the book launch, and prizes for science writing by students in years 7-10 were also awarded.