Over the past two decades Australian archaeologists have been slowly uncovering the World Heritage-listed ancient theatre site at Paphos in Cyprus. The Hellenistic-Roman period theatre was used for performance for over six centuries from around 300 BC to the late fourth century AD. There is also considerable evidence of activity on the site after the theatre was destroyed, particularly during the Crusader era.

The excavation of the site, and of the architectural remains in particular, is contributing significantly to our understanding of the role of theatre in the ancient eastern Mediterranean and the development of theatre architecture to reflect contemporary performance trends in the ancient world. 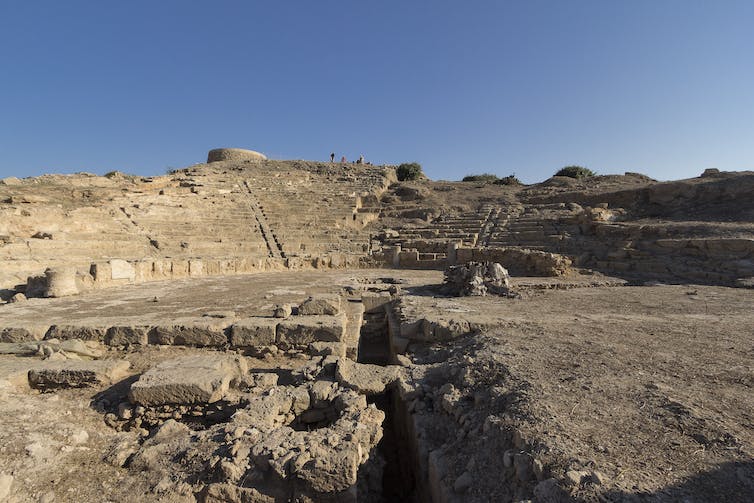 The site of the ancient theatre of Paphos in Cyprus, with archaeologists at work on the top of the cavea (seating) during the 2012 field season. Paphos Theatre Archaeological Project

When we return to the site this month we will take archaeologists, surveyors, architects, specialist researchers of ancient materials, students and volunteers. We will also take contemporary artists.

As incongruous as this relationship sounds, the project is part of a wider momentum in contemporary Australian art that lauds working across disciplines. And the link between antiquity and today allows for fascinating insights to the benefit of both.

At the birth of archaeology as a discipline in the 19th century, it was a common practice to take artists on expeditions. Illustrations of exotic sites and impressive archaeological finds filled journals in Europe and the United States, such as the Illustrated London News. These reports allowed an eagerly awaiting audience to participate in the rediscovery. The rediscovery of ancient artist traditions had a profound effect on art movements of the 18th and 19th century too, from Neoclassicism to French Realism.

By the 20th century, however, archaeology as a discipline had become very focused on objective observation and detailed evidence-based analysis. Archaeological illustration became a form of technical drawing or scientific illustration, and the archaeological photograph developed clear standards for accurate recording. Any creative and emotive response to the past was pushed aside.

Recently, however, there has been something of a renewal of this relationship between the scientist and the artist. Mark Dion in 1999 used archaeological finds from London as the basis of his work Tate Thames Dig, arranging found objects in a cabinet for display.

In Australia, Ursula K. Frederick, who has a background in archaeology, explores the aesthetics of car cultures in Australia, Japan and the US. Izabela Pluta’s photographs explore ruin and place.

The responses of artists working in Paphos are often compelling, enabling ways of thinking that archaeologists had not previously considered. Media artist Brogan Bunt, for example, speaks of the irony of ephemeral digital platforms that cause what was new technology in 2006 to be unusable by 2017. For him, the ancient theatre site has maintained its identity for millennia, while digital virtual heritage is far more fragile than the places it sets out to document and preserve.

The following are works from the exhibition Travellers from Australia to be held in Paphos as part of the Pafos2017 European Capital of Culture festival. 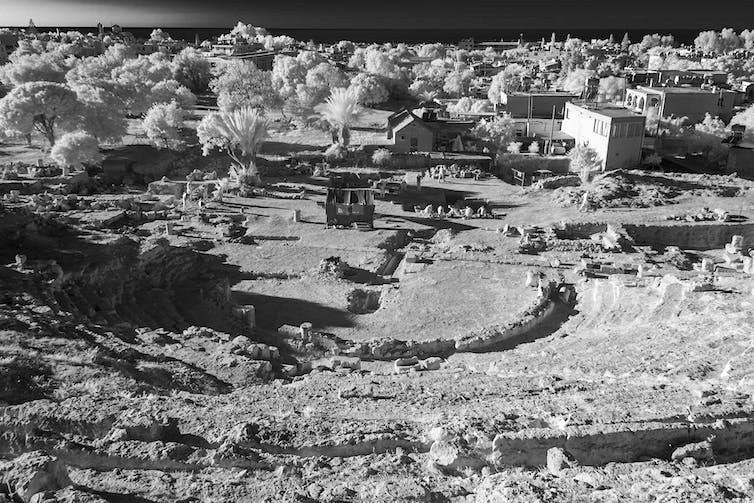 “My photographs combine visual exploration of actual sites and objects with original research into the quantum leap made by digital photography.” – Bob Miller 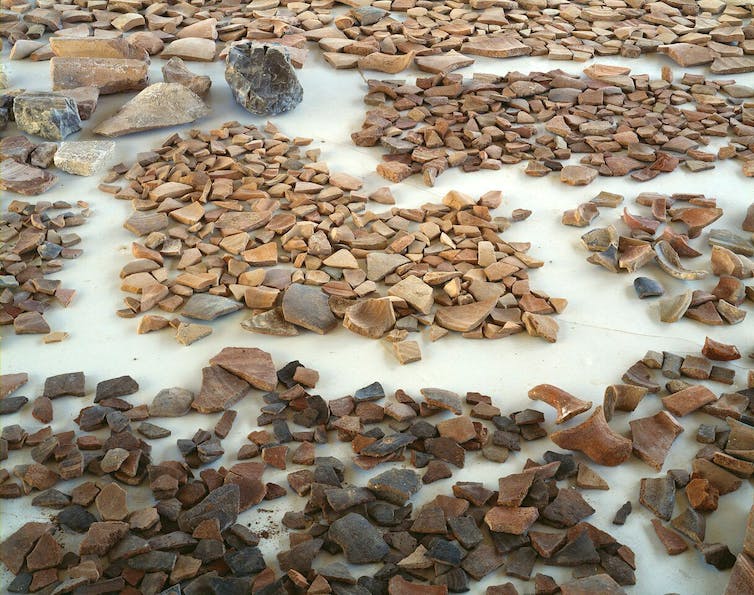 “I perceive the photography of sites as a memory aid, as a historical resource, as well as a reflective form of art.” – Rowan Conroy 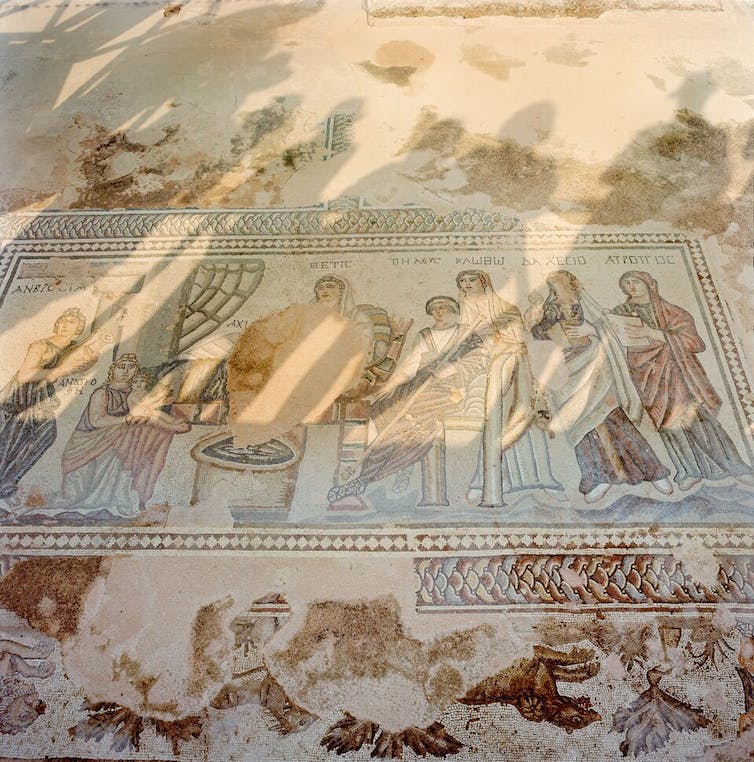 “By mixing artistic and archaeological images we get a new grammar of looking.” – Derek Kreckler 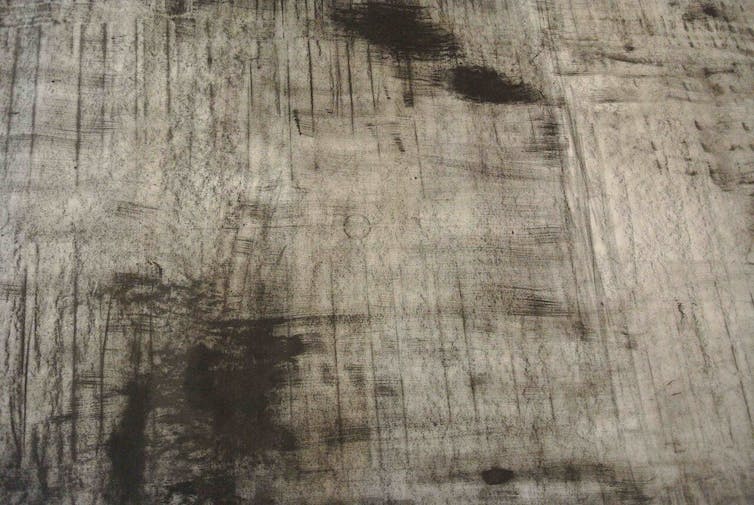 “My research proposes a relationship between material landscapes and the immaterial and invisible spiritual, psychological and intellectual landscapes created through the artist’s gaze.” – Lawrence Wallen 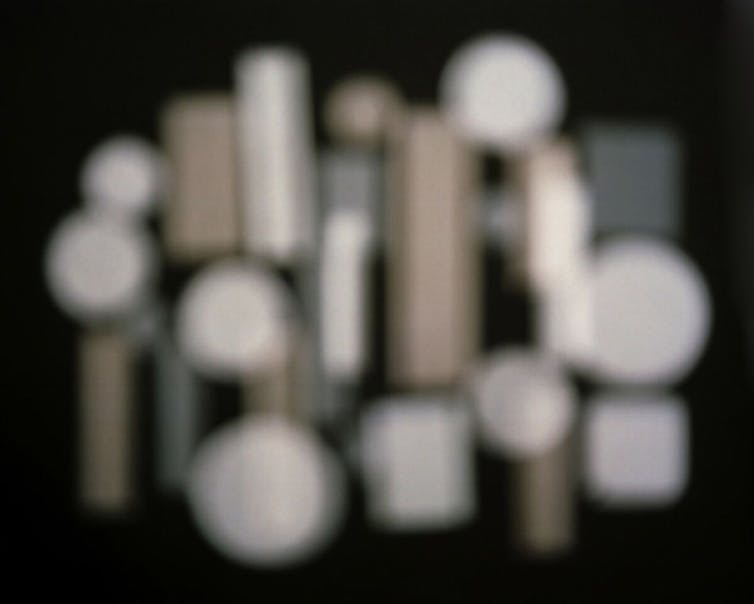 “In my work I approach memories somewhat like an analyst, but perhaps more like a reflective archaeologist.” – Jacky Redgate

“Animation is for me, the physical, material perception of time.” – Hannah Gee 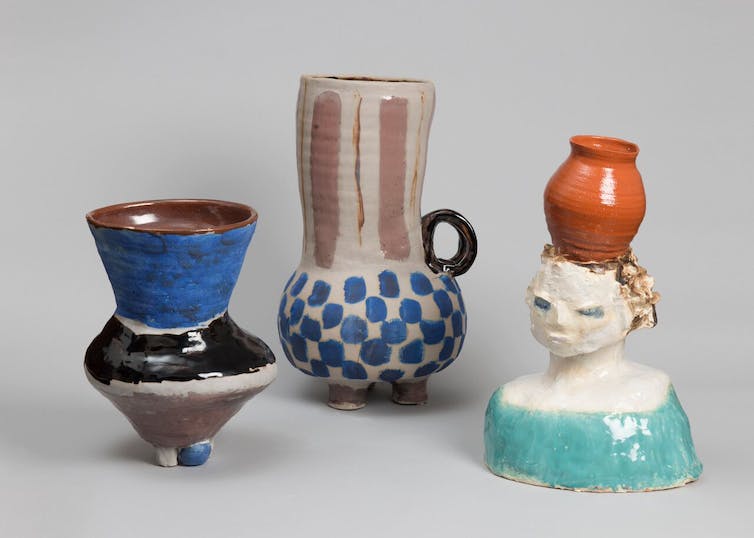 “The artistic motif crosses between eras, travelling back and forth in a temporal instability.” – Angela Brennan 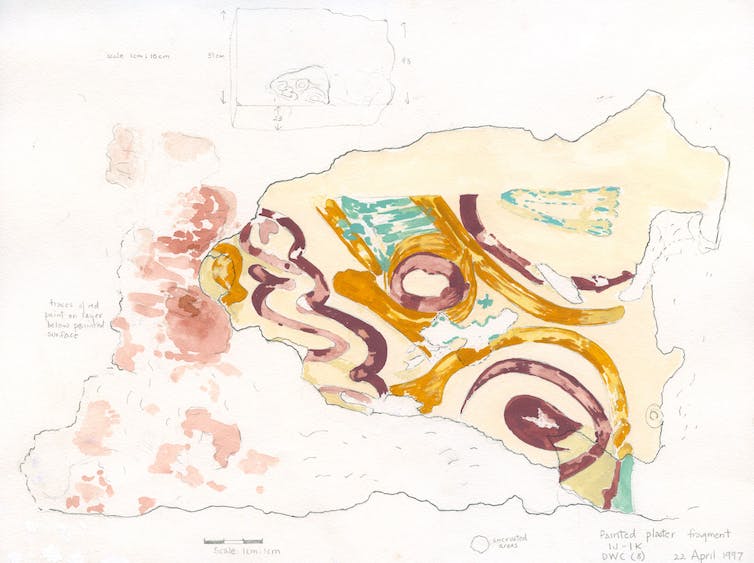 “Drawing is a tool of thought allowing a larger framework for other meanings to emerge.” – Diana Wood Conroy 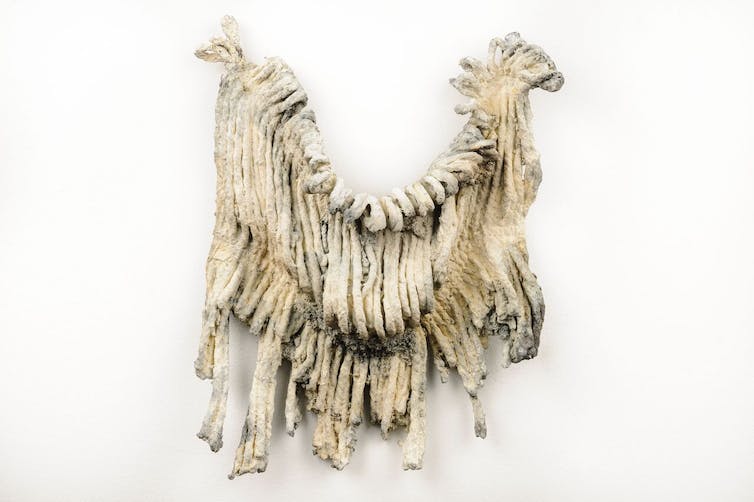 “My casting and patination process makes a connection to the narratives of archaeology.” – Penny Harris 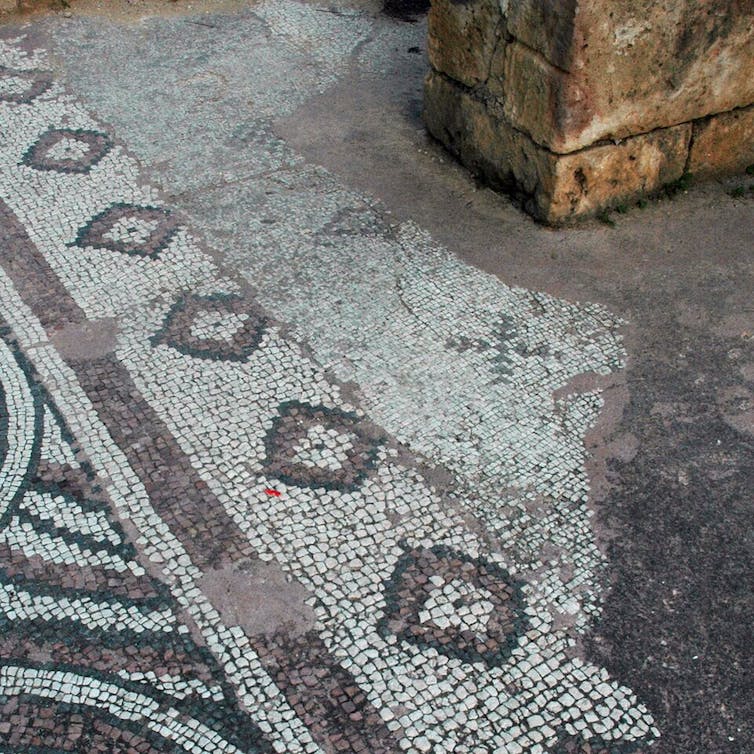 The Paphos Theatre Archaeological Project conducts its excavations and research under the auspices of the Department of Antiquities of Cyprus.