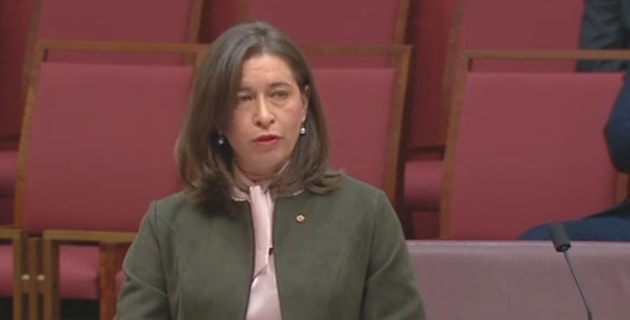 NORTH Queensland-based LNP Senator Susan McDonald has stood up for primary producers by successfully moving a motion to hold a Senate inquiry into controversial farming regulations being introduced by the Labor Government in her home state.

Senator McDonald has been meeting with concerned North Queensland cane farmers over preceding months and met them again in Canberra this week.

The group met with various Senators and Lower House MPs to raise their concerns about Queensland Labor’s continued attacks on farming and regional areas.

Cane and cattle farming groups are strongly opposed to the laws.

Senator McDonald today (Tuesday) moved that the Senate investigate the evidence used by the Queensland Government to reach the conclusion farming practices were harming the Great Barrier Reef.

The motion was co-sponsored by Queensland Senator James McGrath and passed with the support of crossbenchers.

“We want to investigate the evidence used by Labor to formulate their anti-farming regulations. We are seeking more transparency in how these decisions were made, particularly given the significance of the likely impact of these regulations on jobs, regional communities and agricultural production,” she said.

“18% of Queensland cane farmers are using Best Management Practice, and there are many more who are partly accredited.

“Accreditation is quite an involved and lengthy process and farmers are taking steps to improve land management but this hasn’t been considered by the Palaszczuk government.”

Senator McDonald scoffed at suggestions the motion was an attack on science.

“This is simply investigating the evidence used by the Queensland Labor Government to push what is quite clearly a worrying anti-farming agenda. We want to review that evidence and assess how it is used in government policy decisions which affect many farmers and regional communities,” she said.

“Farmers are saying they go to great lengths to improve soil health, prevent sediment runoff, and reduce fertiliser use but they get no credit for this.

“Labor’s new farming restrictions will have a marked impact on regional Queensland and I think it’s only fair and proper that we thoroughly review the methods used in the decision-making behind these restrictions.

“There are a lot of people on the land upset by Labor’s assertion they are environmental vandals, and I hope we can find out why this has become official public policy.”

Senator McDonald said the inquiry would look at all causes of sediment and nitrogen runoff into the Great Barrier Reef lagoon and in what quantities.

“We will ask if other sources of sediment runoff – such as feral pigs disturbing creek and river banks – have been thoroughly investigated,” she said.

“Sugar generates up to $2 billion in export earnings for Queensland and at least 22,000 people are employed in the sugar industry.

“But it’s not just coastal farms that are in Annastacia Palaszczuk’s crosshairs, it’s cattle properties far inland as well.

“Queensland Labor have repeatedly used the environment to justify their attacks on farming, but they ignore practical landcare systems being employed by farmers.

“After years of not being heard in Brisbane, farmers came to the Federal Government out of desperation.”

Mr Bella said farmers were grateful for the support of Queensland’s Canberra LNP politicians after receiving no support from State Government.

“The impact of Queensland Labor’s regulations is massive, and it’s not just on farms, it’s on every other industry up in the North,” he said.