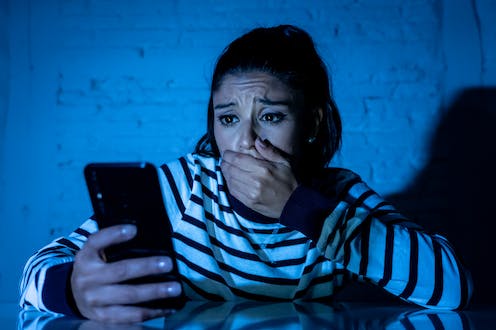 When students use a commercial contract cheating service, getting caught by their lecturers is just one of many serious consequences that could damage them and those who trust them. They also expose themselves to blackmail and extortion. Despite these risks, one in ten students at Australian higher education institutions have used a commercial cheating service to complete an assessment, according to survey findings presented at the inaugural Australian Academic Integrity Network Forum 2021 (AAIN) hosted by Torrens University.

Read more: 1 in 10 uni students submit assignments written by someone else — and most are getting away with it

With sophisticated artificial intelligence and indeed sinister forces coming into play, there is a growing urgency for higher education institutions to act on this increasing threat to academic integrity. The threat isn’t just to the reputation of institutions. It also places students at risk.

When students fill in their credit card number to complete a purchase from a contract cheating service, they are doing business with unscrupulous gremlins. They risk heading down a sinister black hole of extortion and blackmail using the threat of exposure to their university or employer.

Extortion is the new name of the game. Contract-cheating gremlins have turned to blackmail as an ongoing source of income from students. They threaten to tell the university the student has bought an assignment unless the student pays up.

Students can be blackmailed even after finishing their degrees when the gremlins threaten to expose their cheating behaviour to employers.

If the student refuses to pay up, then the gremlins get to work on destroying their credibility. The university can revoke the degree the student “earned”. The student loses their qualification and potentially their career and suffers reputational damage and financial loss.

Contract cheating starts off as a rational approach to getting an assignment done quickly and easily. As the student descends the morality ladder, the lines between right and wrong become blurred. The student who engages in academic misconduct is laying the foundations for unethical conduct in the workplace.

There is strong evidence that cheating as a student can lay the foundations for unethical behaviour in life and as members of society.

When the US audit watchdog fined KPMG Australia A$615,000 following major cheating in its workplace, it revealed the dangers of the normalisation of these practices in society. Similarly, ASIC is suing the ANZ Bank for breaching the Credit Act by allegedly paying commissions to unlicensed third parties who referred borrowers to the bank for loans. Bank representatives overlooked these actions in an attempt to achieve sales targets for bonuses.

Gremlins are smart. They advertise their services as assignment help and tutors 24/7, in an attempt to normalise the practice of cheating.

Students then unknowingly open themselves up to a raft of offences, including misrepresentation, fraud, forgery and financial advantage from crime. When a student submits a bought assignment and completes the cover sheet stating that it’s their own work, it could be considered fraud because they are making a false or misleading statement. The financial advantage from this action would be the avoidance of retaking a subject and saving on course fees.

It’s potentially an act of forgery when a student submits a fabricated assignment and the university considers it to be original work, legitimately created by the student. So far no students have been charged with fraud for submitting a contract-cheated assessment in Australia.

Read more: Artificial intelligence is getting better at writing, and universities should worry about plagiarism

What is being done about cheating?

The Australian government’s introduction of anti-cheating laws in 2020 offers some hope of reining in the gremlins. The first successful prosecution by the higher education regulator, the Tertiary Education Quality and Standards Agency (TEQSA), resulted in the blocking of two illegal cheating websites.

The new law also makes the promotion and selling of contract cheating services illegal. Penalties include up to two years’ jail and a fine of $110,000.

By their very nature, these services are not exemplars of integrity and ethical behaviour. They blackmail their customers and exploit the so-called “academic” writers they employ. They are now also recruiting students to on-sell their services, exposing them to the risk of a criminal record.

Individuals make a significant investment in their education. But if they turn to cheating, their actions can have far-reaching consequences for their lives. They also harm those around them – their families, partners, employers and society in general.

While the AAIN Forum identified some strategies to encourage students to rethink cheating, it is critical that we create a robust culture of academic integrity across our institutions. Appreciating the true value of a well-earned degree will be just as important as the law in keeping the cheat gremlins at bay.