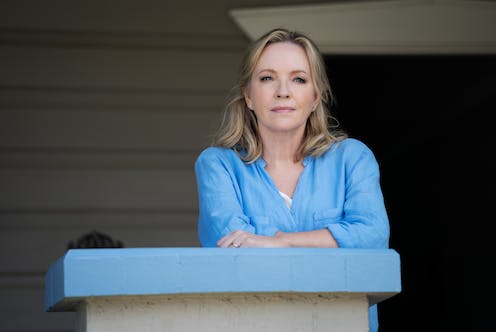 Soap operas have been around since television was invented. Often involving outlandish plots, exaggerated storylines and hyperbolic characters and dialogue, they labour each moment on screen for ultimate dramatic effect. The women are transcendingly good looking and the men impossibly buff.

Packed to the Rafters — which aired for 122 episodes on Seven from 2008 to 2013 and was broadcast in over 20 countries — always managed to transcend the soap genre, presenting the daily struggles of everyday people without melodrama or histrionics.

Following the trials and tribulations of the Rafter family, they confronted issues from the usual (births, deaths and marriages) to the extreme (arrests, vasectomies and even a kidney donation to an HIV-positive grandmother).

Throughout, the drama was understated and subtle. The show handled these crises sensitively, exploring them thoroughly. They were not glossed over or rushed. It didn’t try for the shock factor. Nor were there easy answers to anything, with problems resolved quickly. Some issues were not resolved at all, just like in real life.

Now, after eight years, they are … Back to the Rafters, re-imagined for Amazon Prime.

Getting off the road

At the end of the final season, Dave (Erik Thomson) and Julie (Rebecca Gibney) with their four-year-old daughter Ruby had left Sydney and their extended family to do what many Australians do in later life: travel the byways and highways in a campervan.

At the beginning of the new series, the recent past is recapped before setting up the new premise. After being on the road for six years, the van they are travelling in breaks down outside the small fictional town of Buradeena, and Dave, Julie and now 10-year-old Ruby (Willow Speers) decide to plant roots in this picturesque rural village.

Across six episodes, the drama in the new series revolves around contemporary issues: country versus city life; Ruby’s concern for climate change; homelessness as a result of a defective apartment building; dealing with sick parents in aged care; the infertility Ben and his new wife face.

Back to the Rafters looks at a generation looking after their children and their parents. Brook Rushton/Amazon Prime

But the internal conflict is the more relevant overarching arc of the series. Julie wants to move back to Sydney so she can better provide care for both her father and her children; Dave is resolute in his desire to stay in Buradeena.

They are torn between duty, responsibility, love and dedication to their family — but even moreso to each other.

A drama about us

As Seinfeld is oft-quoted as a comedy about nothing, Rafters has always been a drama about the ordinary. Ordinary people facing ordinary issues many of the viewers have faced in their own lives. But ordinary doesn’t mean mediocre. Far from it. Ordinary means the characters and drama feels drawn from real life.

I always found Packed to the Rafters to be honest and authentic. It was relatable because the issues, actions and dialogue of the characters were grounded in realism.

Back to the Rafters, like its predecessor, explores ordinary Australian life. Amazon Prime

Rafters is like the reality TV of drama. Its multi-generational approach means it caters to all ages. While it aired on Seven, it was one of the only dramas on Australian television a whole family — from grandparents to children — could sit down to watch together, finding it reflected real family life back at them.

Back to the Rafters avoids most of the trappings of what I have previously dubbed “Zombie TV” – those shows that come back from the dead and act as if nothing has changed.

The writers of Back to the Rafters have not tried to emulate the familiar concerns of the past. Instead they created issues relevant to 2021, with all the current complications attached.

Read more: The new Seachange is a sad case of Zombie TV: when your favourite programs come back from the dead

At the heart of Rafters has always been one thing: family. The conflict and care between generations as they go through different stages of their lives. Dave and Julie, like many middle-aged couples, are caught in the middle. Pulled between needing to help ageing parents and the desire to still help children and grandchildren.

And this is the key to Rafters continued success. It takes the ordinary in our lives and makes it just a little bit more extraordinary on the screen. It’s a great joy to go Back to the Rafters again, after all these years.

Back to the Rafters is streaming on Amazon Prime from today.