If you peered through the keyhole of any psychotherapy session, chances are they would all look very similar.

There may be nearly 1,000 types of therapies — such as cognitive behavioural and family therapy — but you will typically find a client and practitioner in a room, sitting opposite each other, talking.

Even if you travelled back in time to the 1960s, the 1940s, or even visited Sigmund Freud at the turn of the 20th century, things would also appear similar.

But this is starting to change.

What is outdoor therapy?

During COVID, many therapists took their sessions online. But others went outside, sitting on a park bench with their clients or taking a leisurely stroll through a nearby park.

This added to the existing use of the outdoors for therapeutic purposes, including camping trips, canoeing, rock climbing, gardening, and simple walk-and-talk therapy sessions. 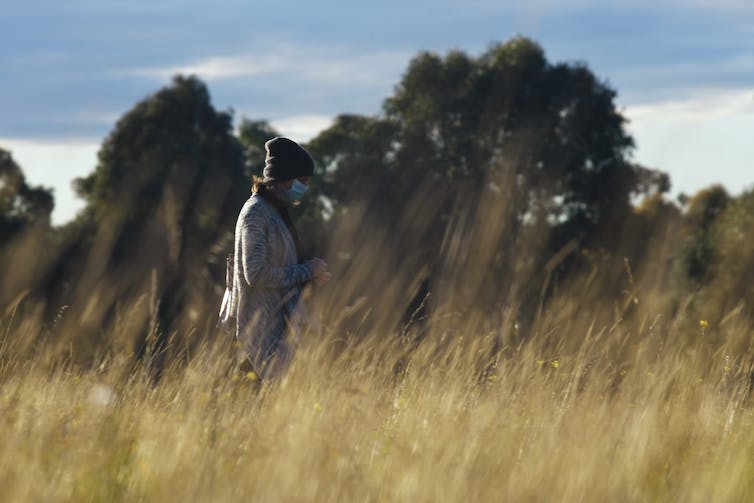 Time in nature can boost the restorative potential of a therapy session. James Ross/AAP

Outdoor therapies use outdoor excursions to address behavioural and mental health issues. Whether with individuals or in groups, practitioners combine outdoor activity with talking therapies.

We are also seeing increasing evidence outdoor therapy can improve well-being, decrease symptoms of post-traumatic stress and increase the quality of people’s participation for those who have experienced multiple therapy treatment failures.

Recipients of outdoor therapy have reported enjoying the shared adventure of being outside with their therapist. The time in nature, with its own remedial effects, also boosts the restorative potential of the sessions.

Not just a crisis response

Of course, using outdoor settings for healing is nothing new — First Nations people have appreciated the benefits of this for tens of thousands of years.

In the western world, there is also a tradition of outdoor healing. In 1901 Manhattan State Hospital developed “tent therapy” when patients in the psychiatric units developed tuberculosis.

Read more: To safeguard children's mental health during COVID-19, parents must look after their own

But outdoor therapy should not just be a crisis response, it should be as accessible as sitting on a counsellor’s couch or engaging in telehealth services.

Help for veterans, people with disability

Previously, outdoor therapies have been considered as something just to help troubled young people (which has been accompanied by some valid ethical and safety concerns in cases where “tough love” has been pushed too far). But there is growing evidence it can be applied more broadly.

Read more: Hairdressers in rural Australia end up being counsellors too

Combat veterans, Indigenous populations, people with disabilities, people with terminal illnesses are among those who have shown benefit from outdoor therapy.

For some people, traditional talk therapy does not suit. Sitting across from a therapist may seem too confrontational, or there is an expectation that business-as-usual therapy is ineffective. For example, we know that for many young people, therapy attempts fail. Taking therapy outdoors has demonstrated outcomes on par with tightly-controlled clinical trials, with regards to improved well-being and symptom reduction.

But there are compelling reasons why we should expand this option to anyone seeking psychological help. Beyond the therapeutic benefits, there are access benefits as well.

While there is no doubt what many experience in psychotherapists’ offices is effective — and online therapy can also work — the small take up rate of therapies combined with the high indicators of mental health in society show that we have an engagement problem. 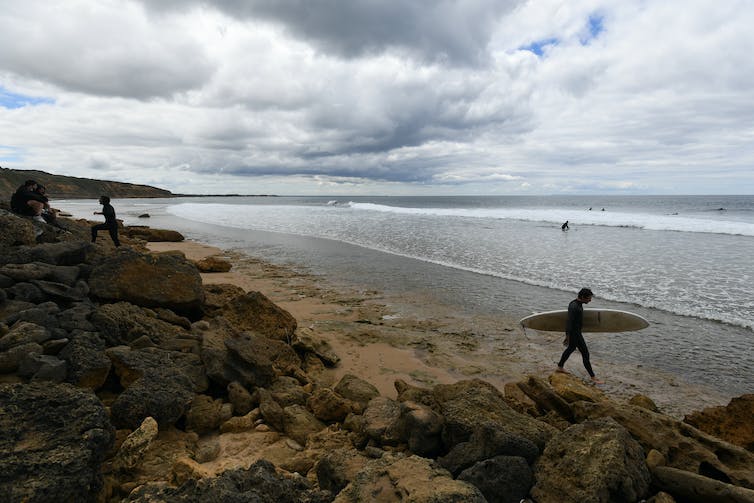 Many people who need therapy do not seek it, or have problems accessing something that works for them. Erik Anderson/AAP

According to the Australian Institute of Health and Welfare, around 20% of Australians experienced diagnosable mental health concerns each year, but only about 11% received a Medicare-subsidised mental health service in 2019-20.

Access is clearly an issue. Sometimes this is because costs of treatment are high, despite subsidies, and waitlists are long (something that has become an even greater problem during COVID).

We also know that different people may need different treatment options. In the United Kingdom, a huge investment in mental health care in 2008 saw 56% of those who accessed a service stop using it after a single visit. Even when therapy was free and accessible, engagement was a serious issue.

A common concern regarding therapy outdoors is confidentiality. What happens if someone sees your client during a walk in the park?

But taking therapy outside can actually appear less visible as there is no need to walk into the local psychotherapy clinic from the street to sit in a small, crowded waiting room.

If we want more people to seek help for their mental health, get that help and stick with it, we need more options.

And an obvious one begins with opening the counselling room door.

_This piece was produced as part of Social Sciences Week, running 6-12 September. A full list of 70 events can be found here. _