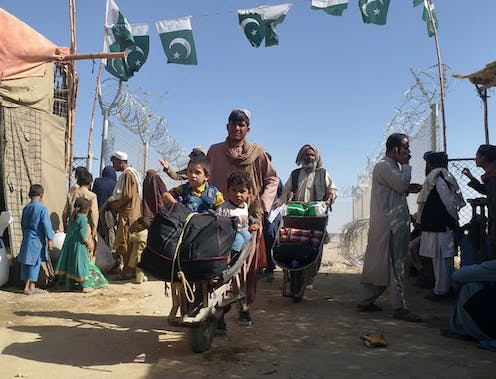 Pakistan has long played a critical, yet confusing role in Afghanistan. It has been one of the strongest US allies in its “war on terror”, yet it has also covertly backed the Taliban in its fight against US-led forces for years.

The paradox remained visible after the Taliban swept into Kabul last week.

Pakistan has long played a critical, yet confusing role in Afghanistan. It has been one of the strongest US allies in its “war on terror”, yet it has also covertly backed the Taliban in its fight against US-led forces for years.

The paradox remained visible after the Taliban swept into Kabul last week.

Pakistan’s official response by its foreign minister was hope for a peaceful settlement in Afghanistan through an inclusive, transition government following broad-based consultations with all ethnic groups and stakeholders.

Moreover, in a televised address, Pakistan’s army chief urged the Taliban leaders to fulfil their promise to the international community regarding respect for women’s rights and human rights

Both statements align with America’s aspirations. But in contrast, Prime Minister Imran Khan declared that Afghans had broken “the shackles of slavery”, which seems to mock the US establishment.

How regional powers are responding

Despite this mixed messaging from Pakistani leaders, a coordinated regional response to the Taliban takeover appears to be shaping up.

As western countries hold back from recognising the new government, the regional powers of Russia, China, Iran and Pakistan have kept their embassies open in Kabul and expressed their willingness to work with the Taliban.

According to a senior security journalist I spoke with in Pakistan, both Russia and Iran supported the Taliban fight against the US-sponsored Afghanistan government to contain the threat from the Islamic State.

Iran’s influence on the Taliban can be gauged by the fact the group’s leadership participated in the Shia’ Majlis (a religious council delivering sermons) in Kabul after its takeover, which is highly unusual for the extremist Sunni Taliban.

Moreover, Iran and Russia have been so involved in Afghanistan and the politics of the Taliban that when then-President Donald Trump cancelled a planned meeting with Taliban leaders in late 2019, the group reacted by going to both countries to get advice from their leaders on how to respond.

Overall, the strategies of these regional powers will greatly influence the politics in Afghanistan in the coming days — but it’s Pakistan that likely has the greatest sway over the Taliban leaders.

A brief history of Pakistan’s support for the Taliban

Pakistan has provided political and military support for different factions within Afghanistan since the early 1970s. During the 1980s, Pakistan was a major backer of the Afghan mujahideen (holy warriors) fighting against the Soviet invasion and hosted millions Afghan refugees fleeing the war. 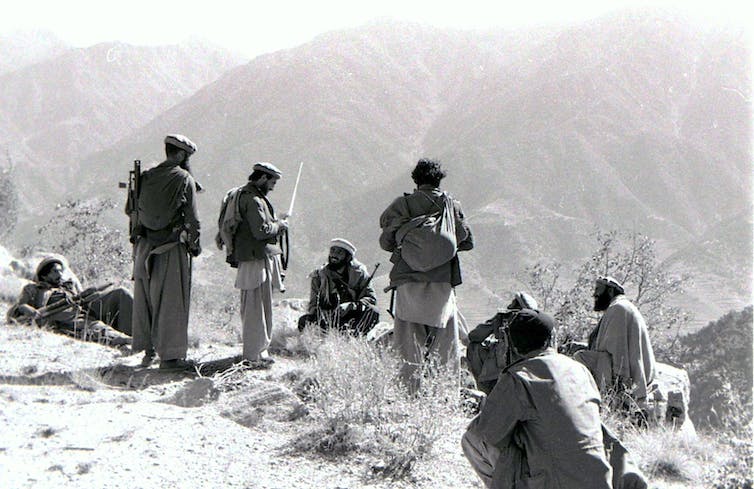 Afghan mujahideen during the Soviet-Afghan War in 1987. Wikimedia Commons

Pakistan was also a major ally of the US at this time. The US channelled some US$2-3 billion (A$2.7-4.1 billion) worth of covert assistance through Pakistan to the mujahideen, training over 80,000 of the fighters.

Even after the withdrawal of Soviet troops in 1989, Pakistani military officers continued to provide training and guidance to the mujahideen and eventually to Taliban forces to combat their enemies.

In addition, senior members of Pakistan’s intelligence agency and army are accused of helping the Taliban plan major military operations against the government during the Afghan civil war in the 1990s. Pakistani support for the group attracted widespread international criticism, including from then-UN Secretary-General Kofi Annan, who called it “deeply distressing”.

Read more: As Afghanistan falls, what does it mean for the Middle East?

Pakistan was then just one of three countries to officially recognise the new Taliban government when it took power in 1996.

General Hamid Gul, a former head of Pakistan’s Inter-Services Intelligence (ISI), acknowledged in 2014 that Pakistan even used US aid to continue funding the Taliban after the September 11 terror attacks.

He told a television audience,

Pakistan is still likely to provide covert political and logistic support to the new Taliban leaders in Afghanistan today.

The Taliban also operated in the country throughout the American occupation in Afghanistan, even though the Pakistan government denies supporting the group and denies the existence of the Quetta shura.

Given this history, it’s no wonder many people around the world are blaming Pakistan for the Taliban’s recent military success, reflected in the #SanctionPakistan campaign on Twitter.

Read more: As the Taliban surges across Afghanistan, al-Qaeda is poised for a swift return

What does Pakistan stand to gain or lose?

Pakistan’s biggest gain is that India will lose its influence in Afghanistan, which was seen as a threat to Pakistan’s security. The Taliban takeover also allows Pakistan to boost its bilateral trade with Afghanistan and provides an unrestricted trade route to the countries of central Asia.

However, Pakistan can lose from the Taliban’s ascendancy, as well. If the Taliban fails to ensure stability, this can trigger another wave of refugees crossing the border. The Taliban’s takeover could also embolden domestic terror groups within Pakistan.

As a result, Taliban rule in Afghanistan could have adverse security repercussions for Pakistan, particularly with regard to the Pakistani Taliban (TTP). The TTP considers the takeover of Afghanistan by its Afghan counterparts a significant ideological victory.

The TTP has launched several violent attacks in Pakistan over the years, including an attack on a school in Peshawar in 2014 that killed more than 150 people, mostly children. 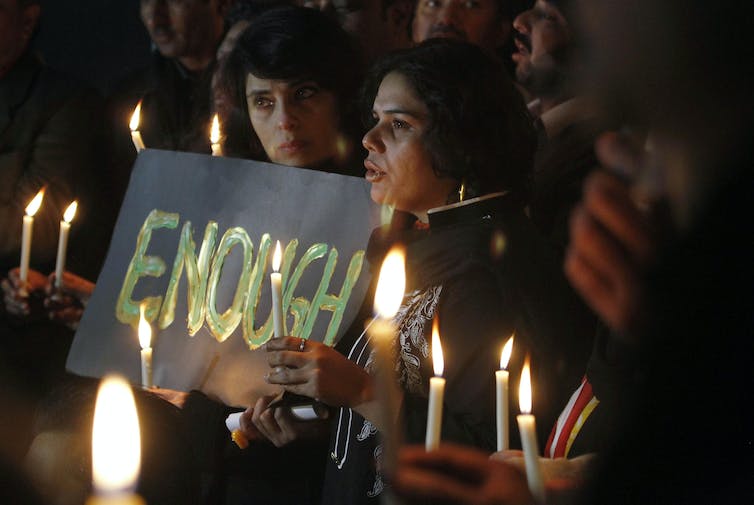 A candlelight vigil for the victims of a school attacked by the Taliban in Peshawar in 2014. Anjum Naveed/AP

Some of the TTP’s leaders were also reportedly freed from prisons by Afghan Taliban fighters in recent days.

As a former member of Pakistan’s parliament told the Financial Times, “a stable Afghanistan will work in Pakistan’s favour”.

The key to creating peace and stability in Afghanistan will be Pakistan’s strategic cooperation with all of the regional powers, as well as the US. Such cooperation, however, may be a challenge to achieve, given the competing interests that have long torn this country apart.