This week, the NSW government announced almost A$500 million towards boosting the uptake of electric vehicles. In its new electric vehicle strategy, the government will waive stamp duty for cars under $78,000, develop more charging infrastructure, offer rebates to 25,000 drivers, and more.

Given the transport sector is Australia’s second-largest polluter, it’s a good thing Australian governments are starting to plan for a transition to electric vehicles (EVs).

But transitioning from cities full of petrol-guzzling vehicles to cities full of electric ones won’t address all of the environmental and social problems associated with car dependence and mass manufacturing.

So, let’s look at these problems in more detail, and why public transport really is the best way forward.

EVs do have environmental advantages over conventional vehicles. In particular, they generate less carbon emissions during their lifetime. Of course, much of the emissions reductions will depend on how much electricity comes from renewable sources.

But carbon emissions are only one of the many problems associated with the dominance of private cars as a form of mobility in cities.

Let’s start with a few of the social issues. This includes the huge amount of space devoted to car driving and parking in our neighbourhoods. This can crowd out other forms of land use, including other more sustainable forms of mobility such as walking and cycling. 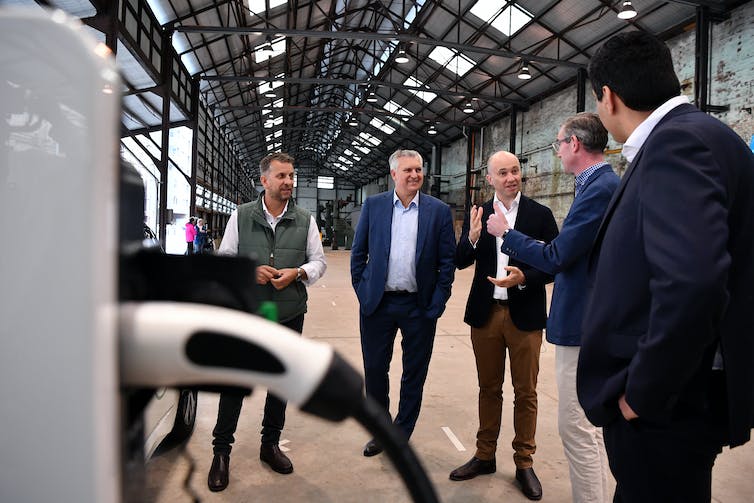 There are the financial and mental health costs of congestion, as well, with Australian city workers spending, on average, 66 minutes getting to and from work each day. Injuries and fatalities on roads are also increasing, and inactivity and isolation associated with driving can impact our physical health.

Car-dependent cities also contribute to disadvantage for people who don’t have access to cars, and uneven financial vulnerability associated with the high costs of car ownership and use.

Indeed, some of these problems could be made worse — for instance, subsidies for EVs could end up favouring wealthier people who can afford new cars.

Read more: Australian city workers' average commute has blown out to 66 minutes a day. How does yours compare?

A mass global uptake of EVs will generate major environmental problems, too. Most concerning of these is the use of finite mineral resources required for their construction, and the environmental and labour conditions of their extraction.

This was recently highlighted in a recent report by the International Energy Agency. As the agency’s executive director Fatih Birol said, there’s a

looming mismatch between the world’s strengthened climate ambitions and the availability of critical minerals that are essential to realising those ambitions.

Minerals such as lithium, cobalt, nickel and copper are key ingredients required to make EVs.

As the report noted, EVs use double the amount of copper than conventional vehicles. EVs also require considerable amounts of lithium, cobalt and graphite that are hardly required at all for conventional vehicles. And it expects demand for lithium to grow 40-fold between 2020 and 2040, driven by EV production to meet climate targets. 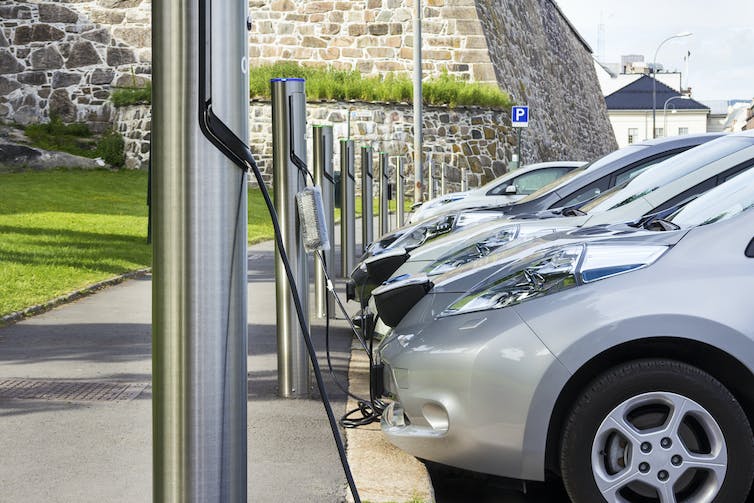 There are better ways to cut transport emissions than greater uptake of electric vehicles. Shutterstock

There is considerable discussion of Australia’s natural advantage as a supplier of some of these minerals, as we have large reserves of lithium and rare-earth metals beneath parts of the continent.

But before governments and mining bodies rush to exploit these reserves, they need to ensure much more is done to avoid the injustices perpetrated against Traditional Owners and their lands and heritage. The recent appalling destruction at Juukan Gorge by Rio Tinto’s iron ore operation is just one example of this.

Mining also has its own environmental problems, such as land clearing and associated biodiversity loss, the pollution and contaminants it produces, and intensive water use.

The conditions of extracting these critical minerals in other parts of the world are dire. There’s the oppressive working conditions in cobalt mining in the Democratic Republic of the Congo, the conflict over Indigenous rights in Chile’s lithium mining areas, and environmental destruction associated with mining rare earth minerals in China. 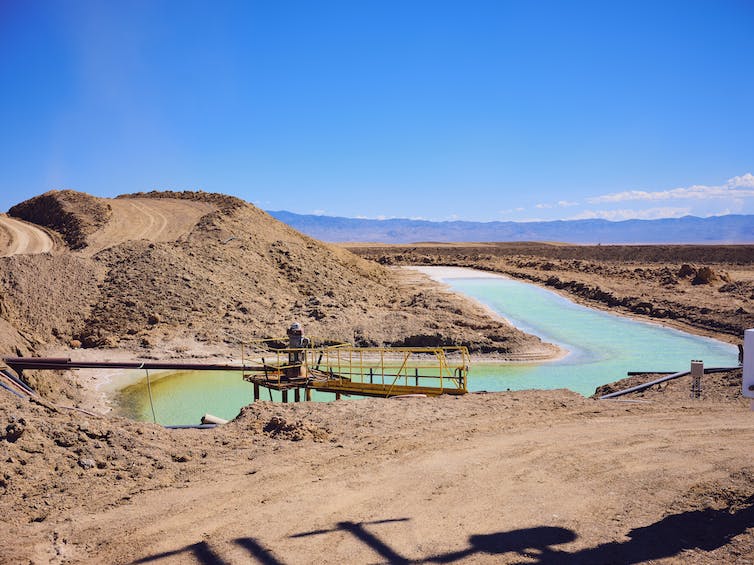 Mining for rare-earth metals such as lithium comes with enormous environmental impacts. Shutterstock

To focus on these problems is not to suggest the new policies on electric vehicles are unimportant, or that they don’t stand to have some positive environmental impact.

The point is private EVs are not a solution to the combined challenges of reducing our urban environmental footprints and making better cities for all, and that they have their own problems.

Instead, we should develop a good mass public transport system with extensive and frequent coverage. Alongside urban development with a more even distribution of jobs, services and opportunities, investing in better public transport could reduce car dependence in our cities.

This would have a range of environmental and social benefits: making more space available for people instead of machines, extending the benefits of mobility to people who can’t or don’t drive, and reducing demand for finite minerals. 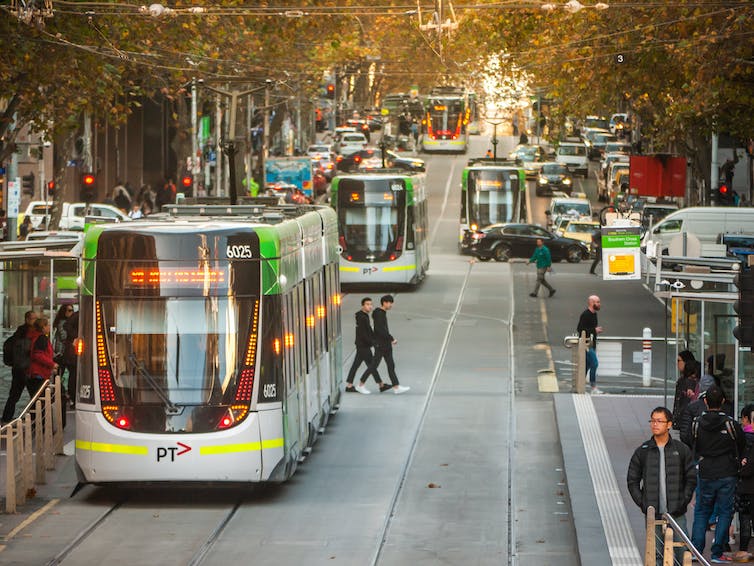 Melbourne’s tram network is the biggest in the world. Shutterstock

But as things stand, we are far from having such a city. The benefits of good public transport and public services are unevenly distributed across our cities.

In Sydney, for example, there are significant investments in new public transport infrastructure in some parts of the city, such as Metro West and the recently completed North West Metro. There are welcome commitments to reduce emissions in that sector, too.

Ultimately, it’s important that a transition to electric vehicles doesn’t dominate the discussion we need to have about urban transport.

Our challenge is to simultaneously reduce the carbon footprint of different forms of transport, while also thinking much more broadly about the sustainability and justice of the system of mobility that’s so central to daily life in our cities.