Getting to net-zero greenhouse gas emissions and 100% renewable energy might seem the end game for climate action. But what if, like Tasmania, you’ve already ticked both those goals off your list?

Net-zero means emissions are still being generated, but they’re offset by the same amount elsewhere. Tasmania reached net-zero in 2015, because its vast forests and other natural landscapes absorb and store more carbon each year than the state emits.

And in November last year, Tasmania became fully powered by renewable electricity, thanks to the island state’s wind and hydro-electricity projects.

The big question for Tasmania now is: what comes next? Rather than considering the job done, it should seize opportunities including more renewable energy, net-zero industrial exports and forest preservation – and show the world what the other side of net-zero should look like. 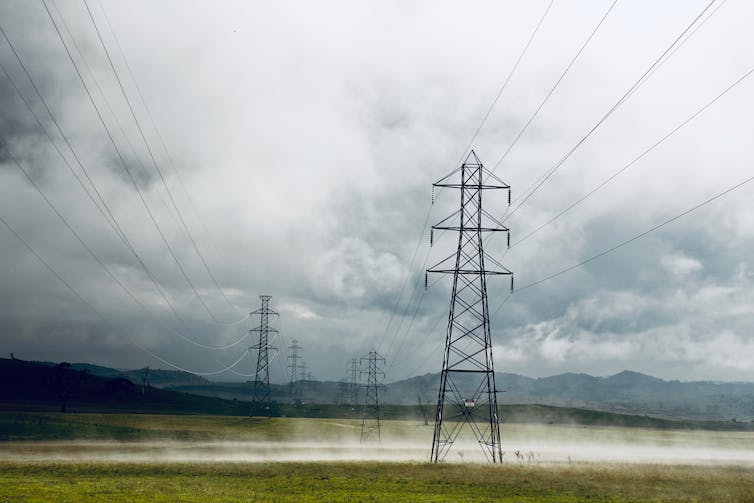 The Tasmanian experience shows emissions reduction is more straightforward in some places than others.

The state’s high rainfall and mountainous topography mean it has abundant hydro-electric resources. And the state’s windy north is well suited to wind energy projects.

What’s more, almost half the state’s 6.81 million hectares comprises forest, which acts as a giant carbon “sink” that sucks up dioxide (CO₂) from the atmosphere.

Given Tasmania’s natural assets, it makes sense for the state to go further on climate action, even if its goals have been met.

Read more: Net-zero, carbon-neutral, carbon-negative ... confused by all the carbon jargon? Then read this

The Tasmanian government has gone some way to recognising this, by legislating a target of 200% renewable electricity by 2040.

Under the target, Tasmania would produce twice its current electricity needs and export the surplus. It would be delivered to the mainland via the proposed A$3.5 billion Marinus Link cable to be built between Tasmania and Victoria. The 1,500 megawatt cable would bolster the existing 500 megawatt Basslink cable.

But Tasmania’s climate action should not stop there. 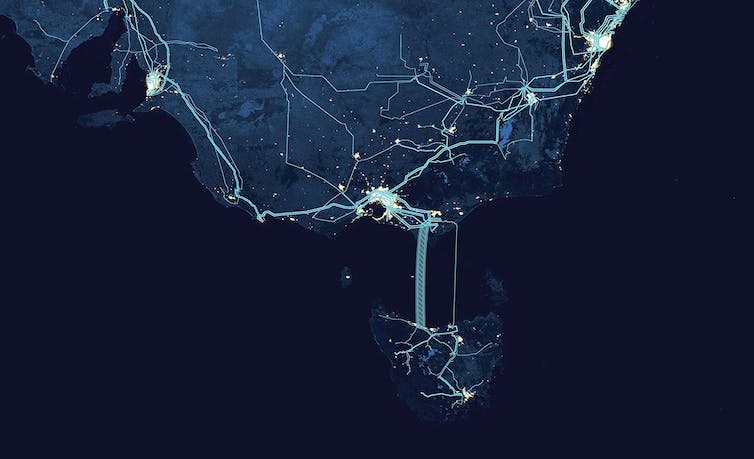 The Marinus Link would provide a second electricity connection from Tasmania to the mainland. www.marinuslink.com.au

Zero-emission hydrogen, aluminium and other goods produced in these precincts will become increasingly sought after by countries and other states with their own net-zero commitments.

Read more: 'Green steel' is hailed as the next big thing in Australian industry. Here's what the hype is all about

Tasmania’s vast forests could be an additional source of economic value if they were preserved and expanded, rather than logged. As well as supporting tourism, preserving forests could enable Tasmania to sell carbon credits to other jurisdictions and businesses seeking to offset their emissions, such as through the federal government’s Emissions Reduction Fund.

The ocean surrounding Tasmania also presents net-zero economic opportunities. For example, local company Sea Forest is developing a seaweed product to be added to the feed of livestock, dramatically reducing the methane they emit. 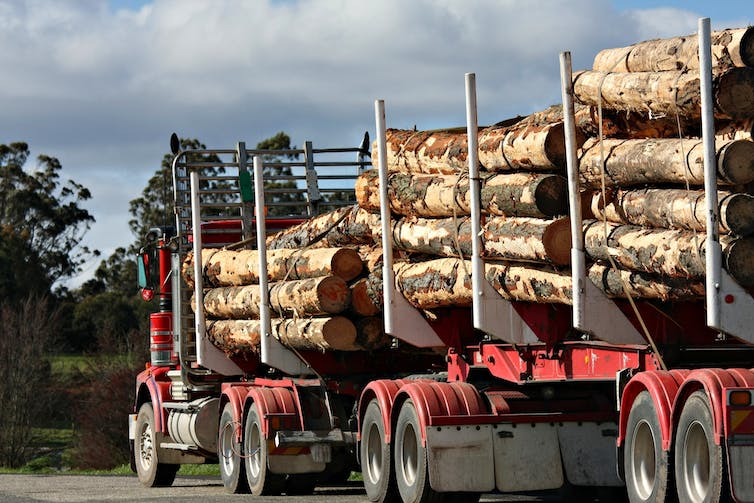 These updates give Tasmania a chance to be a global model for a post-net-zero world. But without firm action, Tasmania risks sliding backwards.

While having reached net-zero, the state has not legislated or set a requirement to maintain it. The state’s current legislated emission target is a 60% reduction by 2050 on 1990 levels – which, hypothetically, means Tasmania could increase its emissions in future.

Read more: In a landmark judgment, the Federal Court found the environment minister has a duty of care to young people

Also, despite reaching net-zero emissions, Tasmania still emits more than 8.36 million tonnes of CO₂ each year from sources such as transport, natural gas use, industry and agriculture. Tasmania’s emissions from all sectors other than electricity and land use have increased by 4.5% since 2005.

Without a net-zero target set in law – and a plan to stay there – these emissions could overtake those drawn down by Tasmania’s forests. In fact, a background paper prepared for the Tasmanian government shows the state’s emissions may rise in the coming years and stay “positive” until 2040 or later.

The legislation update should also include a process to set emissions targets for each sector of the economy, as Victoria has done. It should also set ambitious targets for “negative” emissions – which means sequestering more CO₂ than is emitted. 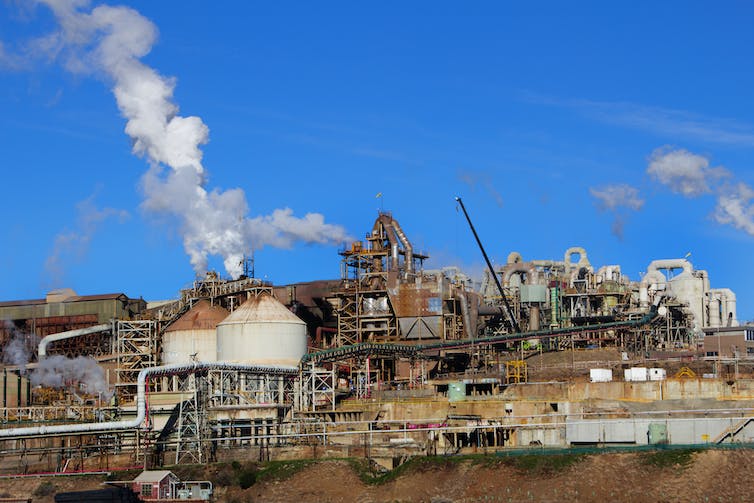 Tasmania must cut emissions from industry and other sectors. Shutterstock

Action on all fronts

Under the Paris Agreement, the world is pursuing efforts to limit global warming to 1.5℃ this century. For Australia to be in line with this goal, it must reach net-zero by the mid-2030s.

Meeting this momentous task requires action on all fronts, in all jurisdictions. Bigger states and territories are aiming for substantial emissions reductions this decade. Tasmania must at least keep its emissions net-negative, and decrease them further.

Tasmania has a golden opportunity. With the right policies, the state can solidify its climate credentials and create a much-needed economic boost as the world transitions to a low-carbon future.