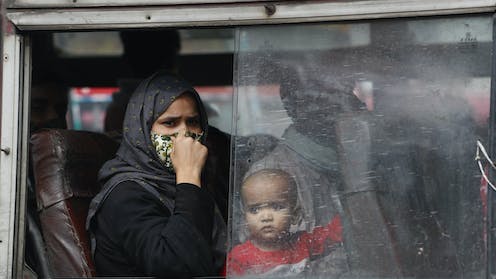 A woman and child on a bus in New Delhi.Manish Swarup/AP/AAP

One part of a legal challenge to the Commonwealth’s India travel ban was comprehensively defeated in the Federal Court on Monday evening.

Justice Thawley rejected all the arguments made by the applicant, Gary Newman, a 73-year-old Australian citizen who has been in India since...

One part of a legal challenge to the Commonwealth’s India travel ban was comprehensively defeated in the Federal Court on Monday evening.

Justice Thawley rejected all the arguments made by the applicant, Gary Newman, a 73-year-old Australian citizen who has been in India since March 2020.

The first stage was heard and dismissed by the Federal Court on Monday. This leaves open the possibility Newman will proceed with the second stage, which is a constitutional challenge. However, there may be no time to do so, assuming that the ban is lifted on Friday 15 May, as proposed.

What arguments did Newman make and on what grounds did the judge find that they failed?

Did the minister fail to satisfy the requirements of the Act?

Newman’s first argument was the health minister (in this case, Greg Hunt) had failed to satisfy the conditions imposed in section 477 of the Biosecurity Act on the exercise of his power. It was argued Hunt had failed to consider the impact of the potential spread of COVID throughout prisons if people breached the travel ban and returned from India with COVID and were immediately placed in prison, without bail or quarantine.

Justice Thawley was quite dismissive of this argument suggesting there was no serious possibility this would occur.

Newman also argued the minister had not considered other less intrusive and restrictive measures. However, Justice Thawley pointed out the minister had set out some exceptions to the ban in his determination, including for medical evacuation flights and for members of Australian medical assistance teams. The minister had therefore turned his mind to how he could reduce the intrusive effect of the ban.

Another technical argument was that the law was “extraterritorial” in its application because it operated outside Australia and this was not permitted under the Biosecurity Act. But Justice Thawley rejected this, noting no offence occurred under the minister’s determination until a person actually entered into Australian territory. So it was not extraterritorial in its application.

Was there a breach of a fundamental common law right?

The second main argument by Newman was that the right of an Australian citizen to enter Australia is a fundamental common law right. This was accepted by the Commonwealth government.

It was also accepted that fundamental common law rights cannot be limited by legislation unless the parliament does so with “irresistible clearness”. This is known as the “principle of legality”. It means parliament has to take full responsibility for any restriction on fundamental common law rights, and this can only be done if it acknowledges clearly in its legislation what it is doing. 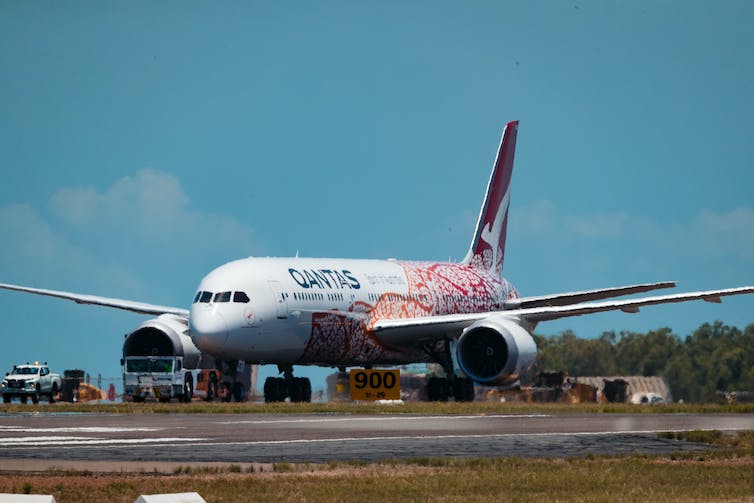 All flights from India have been suspended until May 15. Charlie Bliss/AAP

While Justice Thawley agreed this was the relevant principle, he thought it was clear the Biosecurity Act was intended to permit the restriction of fundamental common law rights, including the movement of citizens in and out of Australia. He reached this conclusion by looking at various other provisions in the Act which showed an intention to limit the movement of people into and out of Australia.

Justice Thawley also noted section 477 of the Act is deliberately drafted broadly because it was intended to deal with emergencies which could not be anticipated in their scale and effect. He noted that even though it gave a very broad power to the health minister, it could only be exercised when certain conditions were satisfied.

First, there needed to be a “human biosecurity emergency” — which requires an assessment of a severe and immediate threat or harm to human health on a nationally significant scale.

Second, section 477 includes detailed matters of which the minister must be satisfied before making a determination. This includes that it is no more restrictive or intrusive than necessary. These limitations were included to ensure that the minister’s very broad power, which included the potential to limit fundamental common law rights, is not exercised in an abusive manner.

The failure of Newman’s arguments means there are really only two practical courses left. First, there could be a separate hearing of the constitutional points. They are that (a) there is an implied constitutional right of a citizen to enter Australia; and (b) there was no constitutional power to enact section 477.

Second, there could be an appeal from Justice Thawley’s judgment on the first part of the case to the Full Federal Court.

Read more: It's not surprising Indian-Australians feel singled out. They have long been subjected to racism

The difficulty, however, is timing. If the minister’s determination ceases to operate on May 15, as planned, then there would be no “matter” to be determined by a court, leaving the issue moot.

So it is unlikely, at this stage, that the proceedings will continue, unless the travel ban affecting citizens is extended, or a new travel ban is implemented.