Unlike most US presidents, Joe Biden did not come to the White House with many fixed ideological positions. He did, however, come with fixed values. Chief among them is understanding how US policies impact working American families.

In his nearly half century of experience in and around Washington, Biden was known to ask any staffers using academic or elitist language to

pick up your phone, call your mother, read her what you just told me […] If she understands, we can keep talking.

The debate about the nearly 20-year US presence in Afghanistan has challenged three prior US presidents — George W. Bush, Barack Obama and Donald Trump. Yet Biden, as the first US president in 40 years to have had a child who served in combat, sees things differently.

There undoubtedly remains a strategic argument — albeit shared by increasingly fewer Americans — for maintaining a US presence in Afghanistan. Namely, that it would continue to prevent terrorists from once again making safe haven there.

But Biden’s announcement that he would withdraw the remaining US troops by September essentially meant he saw no way of making the parent of another soldier killed in Afghanistan understand such an argument. As he said,

Our reasons for remaining in Afghanistan have become increasingly unclear. 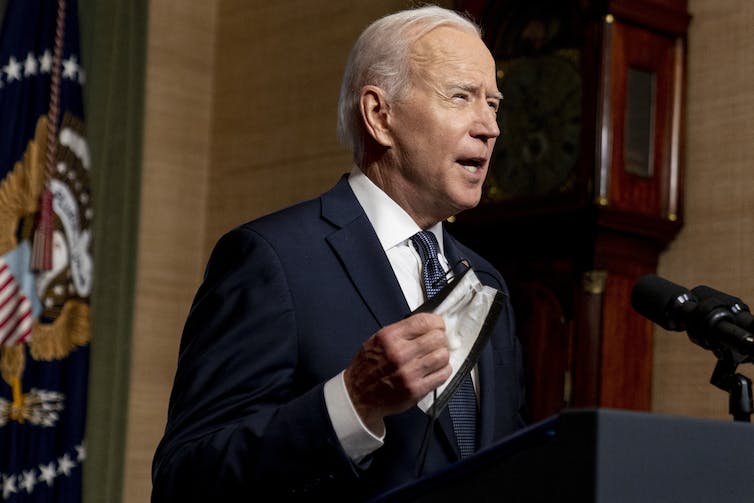 Shifting US support for the war

Today, most Americans agree with him.

When the longest war in American history began, 83% of Americans were in favour of it. But by 2019, 41% of Americans simply had no opinion on whether the US had accomplished its goals in Afghanistan.

Perhaps clearer than the US rationale for maintaining troops in Afghanistan is the fact Americans are dramatically less concerned about terrorism than they were 20 years ago. 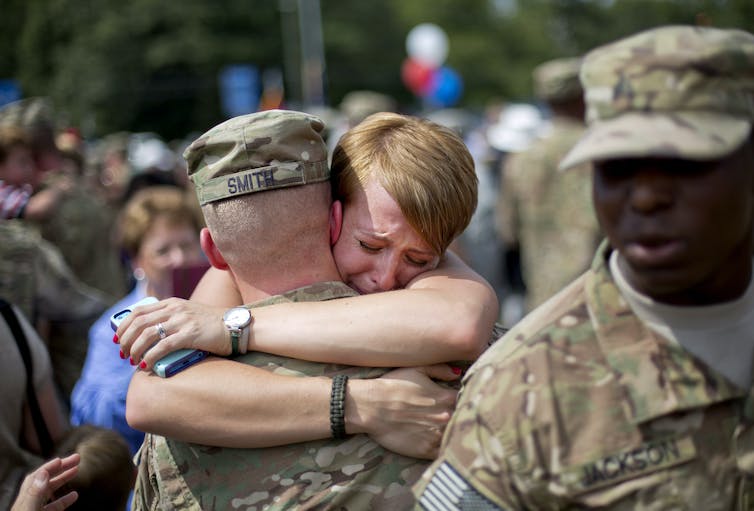 A woman embracing her husband after his return from a deployment to Afghanistan in 2014. David Goldman/AP

One month after the September 11, 2001, attacks, 71% of Americans said they were worried about a terror attack.

But by July 2020, terrorism ranked last in a list of ten issues that Americans deemed to be a “very big problem in the country today.” Climate change, violent crime, unemployment, government ethics, and racial injustice were all deemed more important.

And in February of this year, Americans were asked what of 20 options should be given “top priority” as a long-range foreign policy goal. The top-ranked priority, with 75% in support, was “protecting the jobs of American workers”.

The very last one? “Promoting democracy in other nations”, at just 20%.

What was it all for?

The rationale for maintaining US troops in Afghanistan was not only unclear to most Americans, it also became unclear to a growing number of US veterans. In late 2019, 44% of veterans said they supported US troop reductions from Afghanistan — compared to just 33% of the general public.

As Biden reminded the world in his announcement, the US invaded Afghanistan to root out al-Qaeda and prevent future terror attacks on the US. He posited the death of Osama bin Laden and the degradation of al-Qaeda were evidence of success on that front. 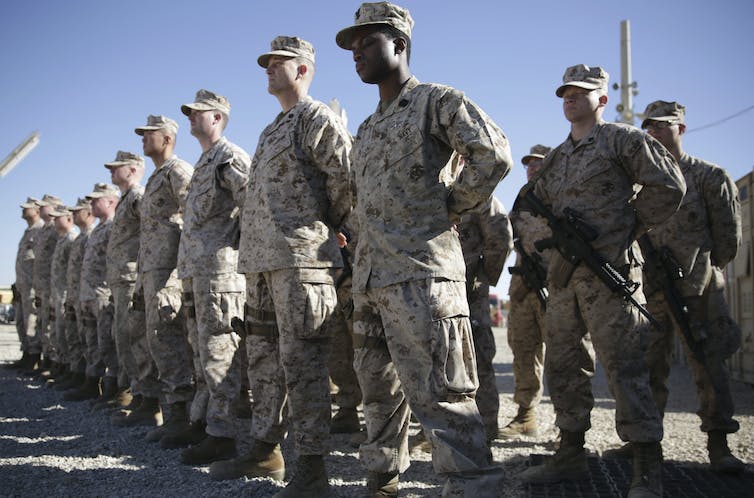 More than 2,400 American service members were killed in Afghanistan and more than 20,000 were wounded. Massoud Hossaini/AP

More than a decade ago, the Obama administration fiercely debated the merits of decreasing the US troop presence in Afghanistan. Around that time, a US Marine colonel who did multiple deployments to the region reflected to me about the many Marines he lost there and the parents he consoled. He asked a simple question:

What exactly am I supposed to tell these mothers that their sons died for?

Ultimately, the withdrawal of US troops has led veterans and non-veterans alike to ask another question that others have asked in the past: What was it all for?

Read more: For the Afghan peace talks to succeed, a ceasefire is the next — and perhaps toughest — step forward

It remains unclear if the more than 2,400 US troop and personnel deaths, US$2 trillion and 20 years achieved anything truly lasting on the ground in Afghanistan.

Yet, perhaps the greatest legacy from the US war in Afghanistan should not be something the US gained, but instead what it lost — unbridled confidence in and dependence on US hard power.

Such humility and restraint may be exactly what is needed for the challenge the Biden administration wants to focus on most, and is perhaps most relevant to the American working family: rebuilding at home.