Climate change is a hot topic in Australian security circles, as it poses an emerging threat to our national resilience and way of life. As a new report from the Australian Strategic Policy Institute (ASPI) last week warned, the federal government is unprepared to meet these challenges.

The report, authored by Dr Robert Glasser, said the government has largely overlooked the security threat posed by rising seas, climate-induced famine, extreme weather events, mass migrations and other climate change damage in Southeast Asia. Australia is sitting on the frontline of this vulnerable region.

Glasser’s report focuses on Southeast Asia, but in the bigger picture, climate security is an existential global risk which the Australian government is yet to fully grasp. It is this global aspect of climate and security which will be on the agenda in two weeks time at the Biden Leaders Summit in the US.

Why should we be worried?

The global risk is broader than traditional security threats, such as the rise of China, terrorism and separatist movements. As the ASPI report emphasises, there is a relationship between climate security and other sectors such as food, health and environmental security.

Unlike traditional national security threats, climate threats have no respect for national or sector borders and cannot be solved with missiles.

The threat is urgent. With the end of the Donald Trump presidency, climate change is back on regional and international security action agendas. The penny has dropped on how little time is left to take action to prepare for the worst of consequences.

This is especially the case when there are long lead times to implement action, such as infrastructure development and military capability development.

Read more: Climate change poses a 'direct threat' to Australia's national security. It must be a political priority

ASPI’s key recommendations to the government include:

These make sense, as the first step of preparedness is understanding the risk.

The ASPI report notes Southeast Asia “has the world’s highest sea-level rise per kilometre of coastline and the largest coastal population affected by it”. The region is a hot spot for cyclones, with some nations vulnerable to catastrophic heat or fires. 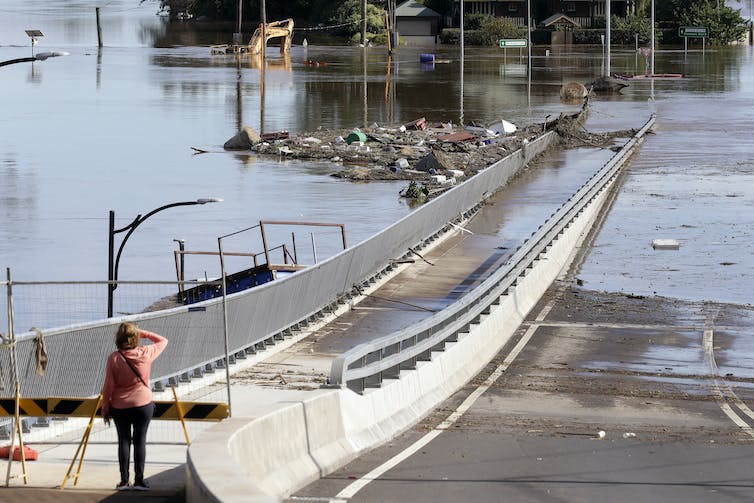 Debris caught on a submerged bridge in Windsor, northwest of Sydney, after the recent floods in NSW. AP Photo/Rick Rycroft, File

Those hazards will not only exacerbate the traditional regional security threats […] but also lead to new threats and the prospect of multiple, simultaneous crises, including food insecurity, population displacement and humanitarian disasters that will greatly test our national capacities, commitments and resilience.

The report focuses on Southeast Asia and natural disasters, but the risks and the affected regions are bigger than that.

The Indo-Pacific region may see the displacement of millions of people due to climate change-related extreme weather events, heatwaves, droughts, rising seas and floods. We’re already seeing this occur in Bangladesh and small island developing states.

We could also see conflict arise as climate change affects global food or water resources. A particular concern is the potential geopolitical tensions between India and China over dwindling Tibetan water resources.

Australia is getting left behind

Most tellingly, the US is taking an integrated approach to climate security. Foreign policy, defence and economic risk analysis are being conducted in a joined-up, systemic way.

In contrast, the Australian Defence Strategic Update 2020 was conducted in isolation from foreign policy and economic reviews. Taking a narrow military perspective, it does mention climate change, but only once, as a subset of human security threats.

Australia risks being left behind as other countries follow the US lead. Across the Tasman, our Kiwi friends are already well advanced in turning risk awareness into action. The New Zealand government completed its first national climate risk assessment last year, with a national adaptation plan to be completed by August 2022. 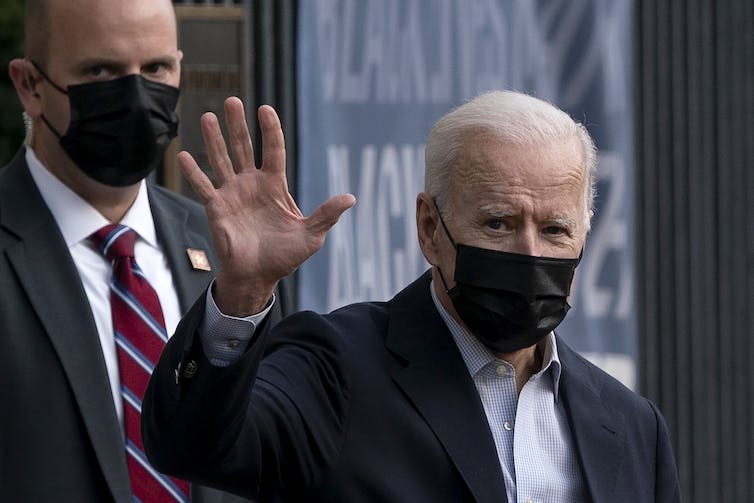 Forty world leaders will attend the Leaders Summit on Climate that Biden will host on April 22 and 23. EPA/Alex Edelman/POOL

What are the consequences?

Being left behind has consequences for Australia’s international standing, national resilience and economic position.

From a diplomatic perspective, Australia’s influence in the Indo-Pacific region is diminished, relative to other actors, especially in states where climate change risk is a top priority, such as Vanuatu or Kiribati.

Risks offer opportunities as well. For example, Australia has an abundance of critical minerals and rare earths needed for modern communications, space technologies, and renewable energy generation and transmission. These are key for business, as well as critical for defence forces.

Read more: Critical minerals are vital for renewable energy. We must learn to mine them responsibly

However, processing and manufacturing is largely conducted offshore — in countries vulnerable to climate risks such as Malaysia — before returning to Australia as finished products.

This puts Australian defence and space and energy sectors at risk of disruption, and Australian businesses at risks of economic loss.

What needs to happen next?

ASPI’s report echoes the earlier recommendation from a 2018 Senate inquiry into the implications of climate change for Australia’s national security. The inquiry also called for a coordinated whole-of-government response to climate change risks.

Three years later, the federal government has yet to act on its recommendations.

The Australian government now needs to have a greater sense of urgency to act on the growing national and international calls to act on climate risk. But first, our leaders need a changed mindset. They must accept that climate change is an immediate threat to Australia.