In the world of research and scholarship, being published in academic journals is crucial to both the advancement of knowledge and the careers of those involved.

In particular, the peer review process that determines who and what is published is integral to ensuring reliability and quality in academic research. As the University of British Columbia’s Professor Sarah Hunt (from the Kwakwaka'wakw nation) has said, “It’s really about who we cite in our work, whose work we hold up, which really validates and legitimises that as knowledge”.

Unfortunately, for many Indigenous scholars, academic publishing and peer review present more of an uphill battle than for academics in general, in part due to the attitudes and practices of some reviewers.

It’s true that strides have been made towards decolonising academia in some places. Universities in Aotearoa New Zealand, the Pacific, Australia and Scandinavia, for example, have sought to increase the number of Indigenous academics they employ and to support their research work.

But despite strong Indigenous cohorts within our southern hemisphere universities, Indigenous academics are still a minority. These universities also have poor retention rates for Indigenous scholars.

As one of the editors, Professor Jacinta Ruru, lamented, “Māori academics are lonely, isolated and struggling to be heard.”

The problem with publishing

While issues of racism and unconscious bias within some of our higher learning institutions are gradually being addressed, there has been little attention given to decolonising academic publishing. 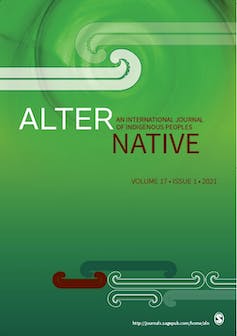 There are excellent journals, such as MAI and AlterNative, specifically focusing on Indigenous scholarship. But Indigenous scholars are working in a range of academic disciplines where there are strong pressures to publish in highly ranked “mainstream” journals. Certainly, some mainstream journal editors actively solicit and support the publication of work by Indigenous scholars, persons of colour, those from the global south or others marginalised in the academy. Read more: Indigenous community research partnerships can help address health inequities Yet there are still signs of various forms of discrimination in the reviewing process, some of which might go unnoticed or unaddressed because editors are overworked and stretched by the volume of submissions they must process. In turn, editors rely on an overtaxed army of volunteer reviewers who take on what is often a thankless task. Moreover, staff at mainstream journals and publishing companies often lack Indigenous representation. These reviewers hold immense power but are shielded from accountability by their anonymity. Editors themselves may lack insight into unconscious bias, unwittingly sweeping prejudice under carpets and inhibiting the potential of Indigenous scholars. Our own experiences We are academics based at Aotearoa New Zealand and Australian Universities, and represent a mix of both Indigenous and non-Indigenous ancestry. Some of us collaborate on researching tourism as a means for sustainable development and social justice for Indigenous peoples, and others work on Indigenous sport as a tool for social development. Our experiences and those of Indigenous colleagues we consulted exemplify the barriers often faced by researchers in the margins wanting to publish in mainstream journals. Read more: How sport for development and peace can transform the lives of youth In collecting these experiences of peer review from researchers in the fields of social science, health, business, social work and sport, we have identified a number of major areas of contention for Indigenous scholarship: Lack of Indigenous content: in subject-specific mainstream journals this can make it difficult to see research published. When two of the authors submitted an article for publication in one journal, for example, it was not possible to select “Indigenous” or “post-colonial” as keywords. Further investigation revealed only a handful of authors had actually mentioned “Indigenous” in their writing. Quality of Indigenous scholarship being questioned: When those scholars suggested a special issue on Indigenous issues in the field it was rejected by the editorial board due to concerns it would not attract enough articles of sufficient quality to be worthy of publication in the journal. Questioning legitimacy of Indigenous knowledge: Another group of scholars was criticised by a reviewer for seeking lessons learned only from successful Indigenous enterprises, when the point had been to avoid the familiar negative framing of Indigenous experience. Reviewers regularly ask Indigenous scholars to cite other sources, often written by white male academics not directly relevant to the topic at hand but whose work is seen as authoritative — a practice dubbed “citational politics”. Read more: Three ways to increase the number of Indigenous academics in Australian universities Stifling critiques of mainstream systems: the Palestinian Arab scholar Ismael Abu-Saad describes having an article rejected for apparently challenging the Israeli mainstream education system, which two of his reviewers supported. Noting that “indigenous standpoints are in many cases still being excluded, ignored and usurped”, he concluded: The purportedly objective, blinded peer review process of manuscript submissions to scholarly journals may become a tool for maintaining Western dominance over the mainstream body of international academic literature and suppressing the emergence of oppositional viewpoints. Questioning the value of Indigenous methodologies: As one colleague explained, when you represent “the other” you spend a lot of time explaining context and justifying your methodological approach. Applying Indigenous knowledge and methodology to mainstream academic work creates many points of tension. Questioning the identity of Indigenous scholars: Reviewers have questioned the ability of Indigenous scholars to be “authentically Indigenous” when working within the academic mainstream, and queried their ability to remain true to their roots when collaborating with non-Indigenous scholars. When this happened to the tourism authors of this article (despite having explained how we developed a balanced approach to working collaboratively on the research project), one of our Indigenous collaborators wrote: The reviewer’s somewhat demeaning comments about our Indigenous heritage made me feel quite tired — another nudge towards leaving academia — especially the comment that we ‘are assimilated into Western ways and dominated by the non-Indigenous persons on the team’. 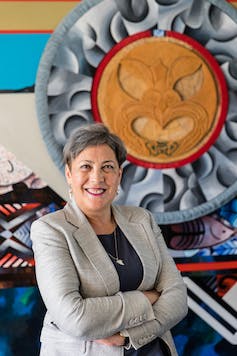 Prof. Linda Tuhiwai Smith: what counts as legitimate research? Sadly, the questions raised in 1999 by Professor Linda Tuhiwai Smith about “what counts as legitimate research and who counts as legitimate researchers” are still relevant. As another team of researchers (collaborating on Arctic issues) found, there was “little space within the standard peer review and editorial processes for Indigenous Peoples, their perspectives and knowledge”. Finding a way forward International codes already exist in a number of disciplinary fields that encourage the academy to be more ethical, respectful, inclusive and responsive to Indigenous peoples. For example, the Australian Institute for Aboriginal and Torres Strait Islander Studies Code of Ethics for Aboriginal and Torres Strait Islander Research is an excellent tool for change, as is Te Ara Tika — guidelines for Māori research ethics. These codes outline guidelines to inform practice, underpinned by the principles expressed in the United Nations Declaration on the Rights of Indigenous Peoples. But what are publishing companies, journal boards, editors and reviewers doing to honour such international conventions, codes and guidelines? Read more: Indigenous youth are playing a key role in solving urgent water issues Here are some suggestions for editors and peer reviewers who want to support Indigenous scholarship and ensure Indigenous researchers are mentored or recognised as legitimate contributors within academia: recruit Indigenous and other marginalised scholars to the editorial boards and leadership of journals recruit Indigenous scholars as peer reviewers offer professional development throughout the academy on ethical and fair research involving Indigenous communities and knowledge, and encourage or require engagement from all staff practice a duty of care when selecting peer reviewers for manuscripts authored by Indigenous scholars, manage peer review feedback and support manuscript authors to grow and retain Indigenous scholars, actively recruit manuscripts from them, offer professional development opportunities specifically for their needs, and support their research career development ensure criticism is constructive, relevant to the academic issues under review and not biased by personalised comments or judgements (for all scholars under review, regardless of background) be aware of how unconscious bias can have a negative impact on any scholar and be prepared to be challenged. The value of Indigenous scholarship and knowledge is increasingly being recognised around the world, including the insight offered into climate change and human adaptation. If we want to share in this knowledge, as well as uphold individual mana and collective equity, supporting Indigenous scholars and Indigenous scholarship is essential. The suggested approaches here would go some way to supporting this.