Harry and Meghan. They left the royal family.

What a shock. Who saw this coming? Harry’s mum Princess Diana definitely would have.

She was, after all, the woman who was ridiculed by a lot of the mainstream media for being too emotional. Her trembling lower juxtaposed against Charles’s stiff upper lip.

Well guess what, if Diana needed a legacy statement her son Harry has made it by marrying a very smart and powerful woman who will not sit in the corner and be told to behave.

Diana famously offered her ungloved hand to an AIDS patient. It was significant because part of the protocol of royalty is that ordinary people are not meant to touch the royals. Anyone remember the “Lizard of Oz” scandal when Paul Keating put his hand on the Queen’s back?

In stark contrast to Queen Elizabeth, Diana frequently kissed and hugged people. Unlike her husband she made a point of showing physical affection to her children in public. 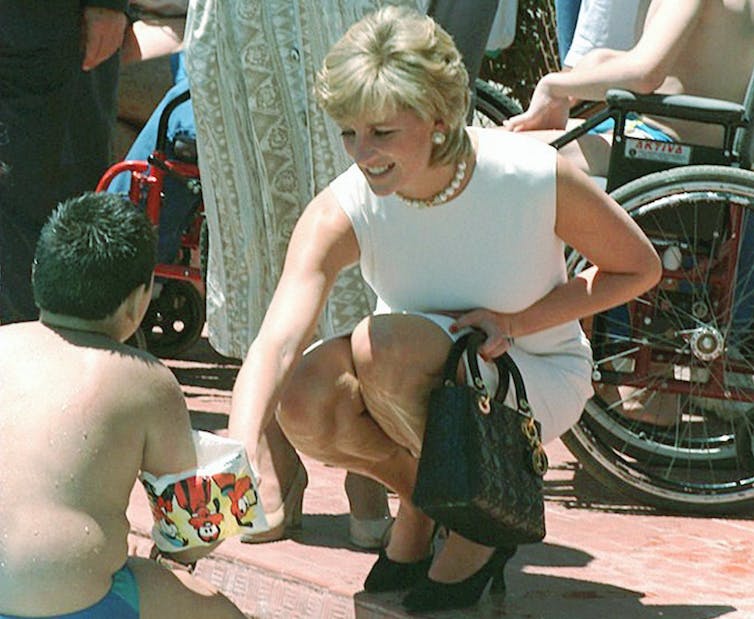 Princess Diana frequently hugged and touched people, and was referred to as the ‘Queen of hearts’. AAP/AP/Alejandro Pagni

The Meghan and Harry story and the current debates about whether they should have done an interview with Oprah Winfrey sent me back to when I was writing my PhD thesis on why tabloid media matters. Later, I published it as a book titled Gotcha: Life in a Tabloid World.

I wrote about Oprah and why talk shows like hers matter. It’s because they let us hear the voices of people we don’t hear in the mainstream media. We hear more from black people, people from disadvantaged backgrounds and more from women. And sometimes those people get emotional. What a shock.

Emotion and empathy are very clearly lacking in our public debates these days. And thank goodness interviewers like Oprah bring that to the table. 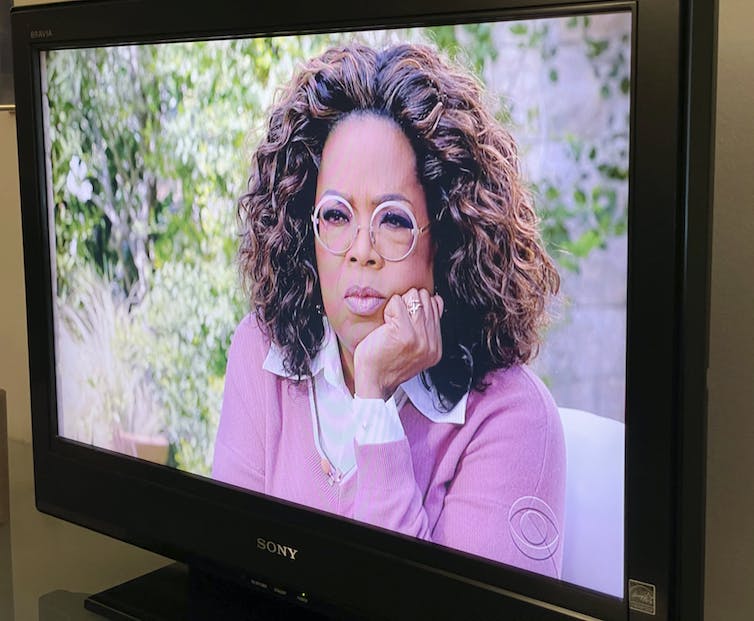 Oprah Winfrey brought her trademark empathy and emotion to her interview with the royal couple. AAP/AP/STRF/STAR MAX/IPx

The symbolic aspect of Diana’s persona aligned her with religious figures like Mother Theresa. And that’s part of why she was seen in the mainstream media as a bit of a spiritual nut-job.

But the perception that many others had was that she channelled empathy and humanity through the way she connected with people. And that’s why she was and is still called “the Queen of hearts”.

Back to Harry and his wife.

Meghan has clearly been targeted by the tabloid media, in an undeniably racist way, and she and her husband made a sensible decision to get out. But their dilemma raises a far bigger issue for all of us.

We are living through a time where the limits of free speech – the boundaries of what it is acceptable to say - are unclear. And we equally live in a time where anyone can post anything on social media and effectively become a publisher.

Twenty years ago, I was optimistic about the tabloid media and talks shows balancing out the elitism of the so-called “fourth estate”. Now I’m not so sure.

When I bother to check my Twitter feed or my email account I, like many of us, am increasingly alarmed by the trolling that goes on. I assume Meghan has someone to deal with that for her. The rest of us are only just working out how to manage it.