In 1992, Texan millionaire John Bryan was caught sucking the toes of Sarah Ferguson, the Duchess of York. It made front page news and saw Australians’ support for a republic surge from 36% in 1991 to 57% in 1992.

Despite this, and the unedifying spectacle of Charles and Diana’s divorce (and a slew of other royal scandals), in the 1999 republic referendum, Australia still clung to the monarchy.

This should serve as a timely reminder as the uproar grows over the public relations disaster of Meghan and Harry’s interview with Oprah Winfrey — and renewed calls for an Australian republic.

The interview, which is making headlines around the world, is arguably far more nuanced situation than the royal scandals of the 1990s.

The claims the palace is racist, that toxic tabloid culture invaded their lives, that Meghan’s mental health was severely neglected and the couple were not supported by their family are horrible and harrowing.

But they must also be seen in the context of an escalating war between Buckingham Palace and the Sussexes. Also at play is the fact Meghan and Harry are desperately trying to make money - and build a brand - to support their new life in California.

From a political communications perspective, the TV interview also does not have the visual imagery needed to shock otherwise disinterested voters (again, think back to the toe episode).

Most Australians want to keep the queen

It is also fair to say the republic is not a top priority for Australians.

For the first time since the 1990s, in 2019, the Australian Election Study showed a majority of Australians (51%) wished to retain the queen as our head of state.

Public opinion has also held in the wake of last year’s palace Letters revelations and the Prince Andrew/ Jeffrey Epstein scandal. In January 2021, an Ipsos poll indicated only 34% of Australians wanted a republic.

This presents republican activists with a much harder task than at any point in the past three decades. The need to make a huge dent in public opinion to achieve the double majority support required nationally and in at least four states for the dissolution of the Australian monarchy.

Interestingly, younger people — who tend to be more politically progressive — are also strong supporters of the monarchy. 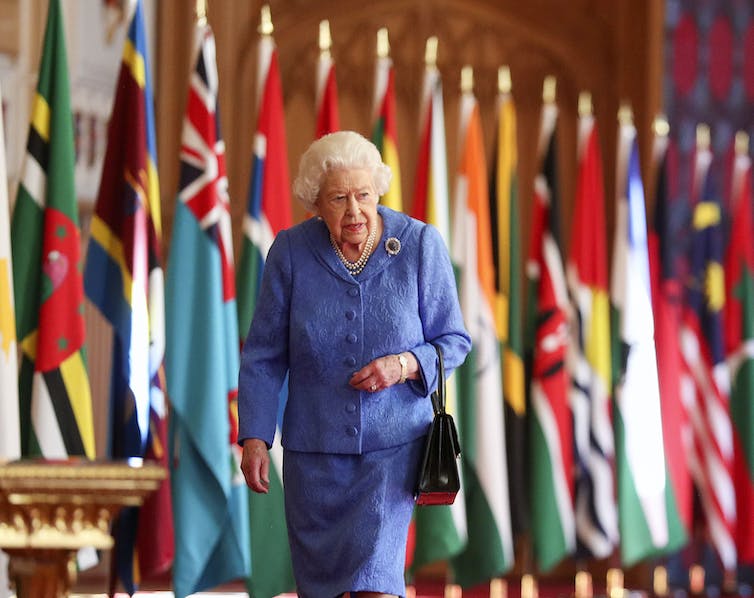 Most Australians want to hang on to the monarchy. Steve Parsons/ AP/AAP

For every birth year cohort born after 1975 (with no memory of the Whitlam Dismissal and less memory of the ‘90s), at least 51% want Australia to keep its constitutional links with the House of Windsor. Older Australians (those over the age of 70) also want to keep the queen.

Support for a republic is strongest among baby boomers, with about 65% wanting a revised constitution.

Explaining the poll results from earlier this year, Ipsos director Jessica Elgood said there was “no sense of momentum” towards a republic, while monarchists pointed to the popularity of the royals among younger people.

It’s also worth noting that in the two decades after the referendum, there have been relatively few scandals from the royals (until recently).

Republicans should not be celebrating

So, republicans should not see the Oprah interview as a major boost to their cause — there are hard yards to be done.

Beyond the odd account on Twitter, there is no significant campaign in place to take advantage of the political opportunity this scandal presents.

Read more: Prince Harry’s decision to ‘step back’ from the monarchy is a gift to republicans

The Australian Republic Movement have a website, a well-known chair in Peter FitzSimons and many eminent supporters, including historical biographer Jenny Hocking and mental health expert Patrick McGorry. They also highlight a 19% increase in membership in 2020.

But it is hard to argue the group has a high profile in the broader community.

Compared to same-sex marriage, for example, there is not the campaign infrastructure or political communication tools. What cut-through is a republic push going to have amid the ongoing sexual assault claims emerging from Canberra? Or outrage over standards in aged care? Or the push for Australians to get vaccinated?

Constitutional change is a hard and difficult project in Australia at the best of times - and at the moment, the republic sits down the list of priorities. It would be a hard case to argue the republic should be dealt with before First Nations’ Recognition or skewed tax arrangements between the federal and state governments, as we emerge from the COVID economic catastrophe.

A further complicating factor is we still don’t have a clear idea about what our republic would look like.

In 1999, 55% of Australians wanted a republic with a president elected by the people. Only 21% preferred the model offered in the referendum of a president appointed by parliament. And we are still no closer to arriving at a preferred model.

The interview is a terrible look for the monarchy — and uncomfortable questions must follow. But it is hard to see it having an impact on the republican cause in Australia.