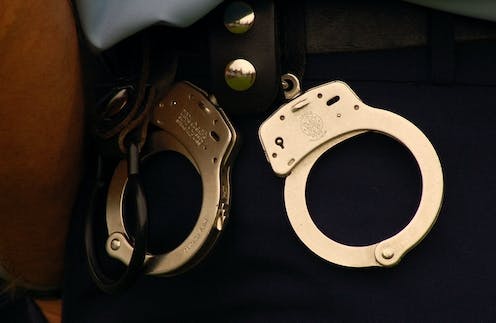 When National MP Simon Bridges called Police Commissioner Andrew Coster a “wokester” recently, his intention was apparently to suggest the police are too soft on crime.

Debating the concept of “policing by consent” during a recent select committee hearing, Bridges asked Coster: “Do...

When National MP Simon Bridges called Police Commissioner Andrew Coster a “wokester” recently, his intention was apparently to suggest the police are too soft on crime.

Debating the concept of “policing by consent” during a recent select committee hearing, Bridges asked Coster: “Do the police still arrest people in this country?”

One inference to be drawn from Bridges’s statements is that crime in New Zealand is increasing, possibly due to lenient policing.

To test that, we collected publicly available crime data from New Zealand Police. To measure any recent patterns we looked at data for the past six years, 2015 to 2020.

The first category we looked at is what the police call “victimisation”. This includes the total number of cases involving:

Out of the six categories, it is clear most crimes involve injury, burglary and theft. The numbers for the other three crimes are negligible.

A potential concern with the broad victimisation measure is that it may not fully capture the specific nature of crimes. For example, it is possible some crime is concentrated in certain locations and some victims are falling prey multiple times.

Read more: Policing by consent is not ‘woke’ — it is fundamental to a democratic society

But if we look at the number of unique victims, we are now only counting each victim once, irrespective of how many times they were victimised during the 12 months in question.

According to the police, this data set can be used to understand repeat victimisation patterns.

Once again the pattern is clear — there is no evidence of any significant increase in the number of unique victims over the past six years.

Victims, of course, are only one part of the story. We can also look at the number of unique offenders.

Here we see a steady decline in the number of offenders. Again, one could look at multiple ways of measuring this, but the evidence presented above does not suggest a massive increase in offending.

Read more: The Christchurch commission’s call to improve social cohesion is its hardest — and most important — recommendation

In the next two figures we drill down a little further and look at two separate and specific types of crimes.

Figure 4 looks at illicit drug offences. This is important because the general data on victimisation does not include so-called victimless crimes (such as drug possession).

Finally, in Figure 5 we look at a category that tends to involve small numbers but receives great attention in political debates: prohibited and regulated weapons and explosives offences.

Objectively, it seems hard to make the case that crime in New Zealand has increased dramatically over the past six years. In fact, some categories of crime may have actually declined.

But even if crime levels are relatively static, are they still too high?

If we look at the first victimisation measure only, there were a total of 239,519 cases in 2020 from a population of five million. That is approximately five out of every 100 people.

That may not appear to be a very high number, but some of these crimes will be more serious than others. The ideal trend, of course, would be declining numbers to the point of no measurable crime at all.

Unlikely, perhaps, but something Simon Bridges and Andrew Coster might agree on, at least.