Disaster resilience and recovery conversations are filled with mentions of “community”, but collapsing various groups together this way fails to acknowledge that people experience disasters differently.

For Indigenous peoples — whose experiences are shaped by vastly different historical and cultural contexts to non-Indigenous...

Disaster resilience and recovery conversations are filled with mentions of “community”, but collapsing various groups together this way fails to acknowledge that people experience disasters differently.

For Indigenous peoples — whose experiences are shaped by vastly different historical and cultural contexts to non-Indigenous Australians — the lack of understanding or cultural safety demonstrated by government agencies and non-government organisations created additional trauma during the Black Summer bushfires.

The final report of the NSW bushfire inquiry found:

In some communities Aboriginal people felt unwelcome at evacuation centres and in some cases support services were reluctant to provide immediate relief… These experiences compounded the trauma they had already experienced as a result of the bush fires.

The Victorian government’s After the Flames report also found:

For Aboriginal people, relationships to Country, culture and community are not only interconnected, they are intrinsically linked to one’s identity. This means that when one of these foundations is impacted by a disaster, Aboriginal Victorians experience unique pain and loss.

In response to these findings, Bushfire Recovery Victoria has identified a number of unique issues faced by Indigenous peoples, including inappropriate funding models and reluctance to engage with support services due to experiences of racism.

Equally significant, Bushfire Recovery Victoria has identified the need to embed Aboriginal culture and healing in its programs.

Acknowledging the trauma associated with encounters between Indigenous people and culturally unsafe recovery agencies during Black Summer — and the long-overdue recognition of the place of culture and healing in disaster recovery — is a positive step.

This signifies the sector’s increasing willingness to address the systemic neglect of the needs of Indigenous peoples.

Read more: 1 in 10 children affected by bushfires is Indigenous. We've been ignoring them for too long

In recent times, Indigenous healing frameworks have been called upon to respond to the forced removal of Indigenous children from their families and communities. But it also has broader significance and is now applied in areas such as family violence, justice reinvestment and more.

We suggest healing as a process and practice can also be applied in disaster affected Indigenous communities. 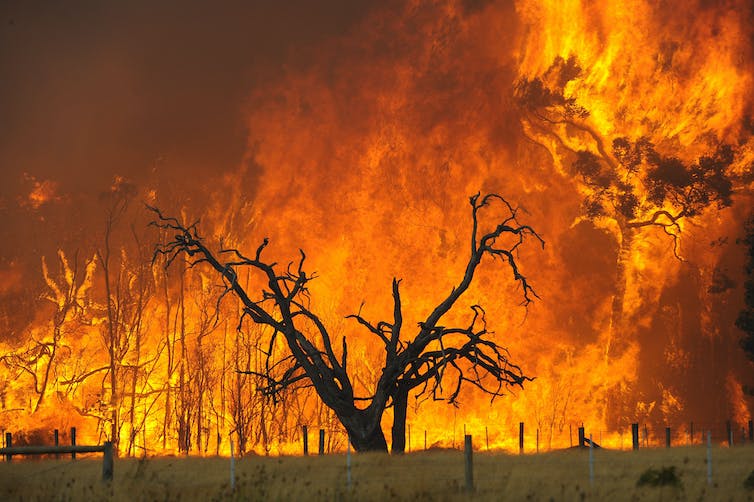 Indigenous healing can be thought of as a cultural and spiritual process and inherently tied to the land. AAP/ANDREW BROWNBILL

Indigenous healing can be thought of as a cultural and spiritual process and inherently tied to Country.

As I (Bhiamie Williamson) outlined in a submission to the Royal Commission into National Natural Disaster Arrangements, Indigenous healing literature foregrounds the importance of culture and cultural specificity.

Healing resources also include activities such as storytelling, yarning circles, and land-based activities, to provide practical tools so professionals can support people and communities on their healing journey.

Although the field of Indigenous disaster recovery is in its infancy, it’s clear culturally-informed approaches to healing help support Indigenous communities recovering from disaster.

But these lessons have larger relevance to (non-Indigenous) community recovery more generally.

As governments, non-government organisations and researchers embark upon this long overdue work, it is important to reflect on how we frame these issues.

Too often, the rebuilding of infrastructure and economies are considered separate to and above social, cultural and environmental elements of recovery.

By contrast, Indigenous culture and healing approaches emphasise the interconnectedness of all aspects of life.

But for positive and meaningful collaboration — and for others to learn from Indigenous healing approaches — non-Indigenous peoples and institutions must hear what Indigenous people are really saying, and examine their own practices.

This requires more just and equitable approaches to disaster recovery and resilience. 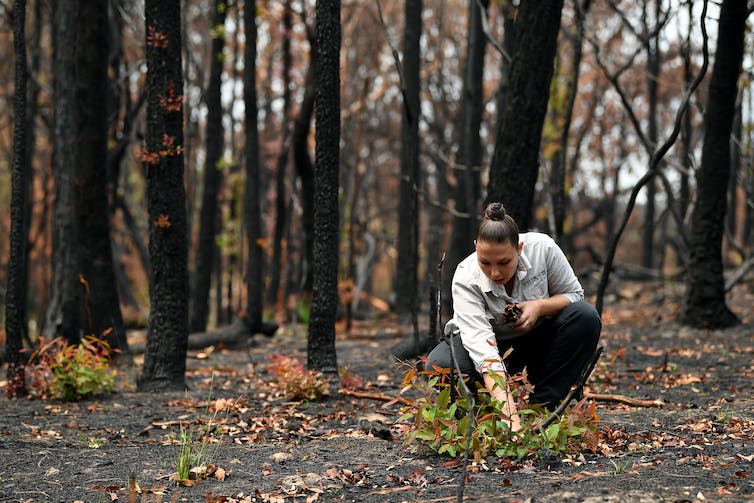 Aboriginal culture and healing approaches emphasise the interconnectedness between all aspects of life. AAP Image/JOEL CARRETT

More research in Indigenous disaster recovery is needed, of course, but it’s also important to think carefully about how such research is done.

A more productive collaborative approach can begin with reframing Indigenous communities to illuminate the sources of strength rather than vulnerability. It starts with focusing on systems – rather than people – as problems to be fixed.

The language of “vulnerable populations” is used to describe groups of people whose needs are distinct from mainstream populations, such as people with a disability, migrants, children and Indigenous peoples.

The language of vulnerabilities often overlooks or ignores the entrenched marginalisation of Indigenous peoples in areas such as local, state and federal governments, universities and business communities among others.

Vulnerabilities do exist, but they are not inherent characteristics of Indigenous peoples — instead they stem from systems of inequity.

Equally, the many strengths that exist in Indigenous communities are too often overlooked.

Many Indigenous communities can be characterised as possessing close social bonds, shared understandings of history and the ability to withstand extreme events and adjust to new norms.

These characteristics have been identified by community recovery researchers as enabling effective and timely recovery post-disaster.

Much can be learnt from Indigenous healing approaches to incorporate the pursuit of systemic change as an empowering — and necessary — complement to personal and community recovery.

This article is part of a series The Conversation is running on the nexus between disaster, disadvantage and resilience. You can read the rest of the series here.