After Victoria yesterday recorded 28 days without a locally acquired case — widely regarded as indicating we’ve most likely eliminated COVID-19 — a positive case in a hotel quarantine worker has set the clock back to zero.

Some restrictions that were previously eased have been reimposed, including mandatory masks in indoor public spaces. Household gathering limits have been pulled back from 30 to 15.

Meanwhile, authorities are working to identify anyone who may have come into contact with the 26-year-old man from Noble Park who was working at the Grand Hyatt hotel.

Among them, 520 Australian Open players and support staff have been instructed to get tested and isolate. Having quarantined at the Grand Hyatt, they’re regarded as casual contacts.

The saga has again raised the divisive issue of whether Melbourne should be hosting the international tennis tournament during the pandemic.

Whatever your view, this now presents us with our first real test. But I would argue — even without going into a lockdown — that Victoria is well placed to prevent this case from becoming a large-scale outbreak.

A sense of déjà vu

We’ve now been through this scenario, in which a hotel quarantine worker has become infected with COVID-19, several times.

The seeding of Victoria’s second wave aside, before this latest case, we’ve seen similar cases in South Australia, Queensland, and most recently, Western Australia.

Notably, all three states imposed hard lockdowns at the first sign of local transmission. So why isn’t Victoria doing the same?

I believe the fact we’re not going into a full lockdown reflects the increased confidence the Victorian government has in its public health response. After the disastrous second wave, and a series of smaller, better-managed outbreaks around the country, Victoria has confidence in its ability to stay ahead of the virus by rapidly identifying and isolating contacts, and contacts of contacts.

So this sense of déjà vu, though disappointing, isn’t all bad from a public health perspective. 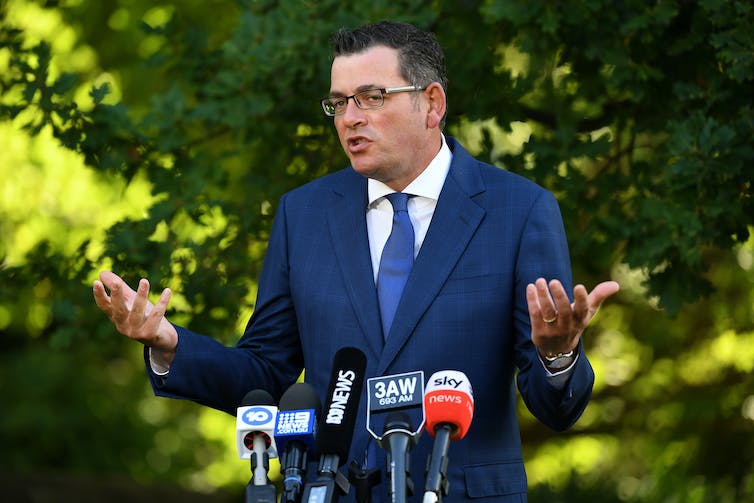 Daniel Andrews said ‘It wasn’t about a matter of if, it was a matter of when’ the virus would resurface in Victoria. James Ross/AAP

This is another reminder — if we needed one — of how infectious the virus is. It highlights that you can never completely eliminate the risk of virus transmission in hotel quarantine; you can only reduce the risk.

The results of genomic sequencing, which we’re expecting tomorrow, will tell us more about what’s happened here. Hopefully they’ll give us a clearer idea of who this worker may have got the virus from.

Read more: Perth is the latest city to suffer a COVID quarantine breach. Why does this keep happening?

It’s been reported that this man is infected with the UK variant of the virus. If this is true, while concerning — the UK variant is more infectious and poses an increased threat — it’s not a game-changer in Victoria.

Regardless of the variant of the virus we’re dealing with, the principal tools we need to control transmission remain the same: testing, tracing and isolating. 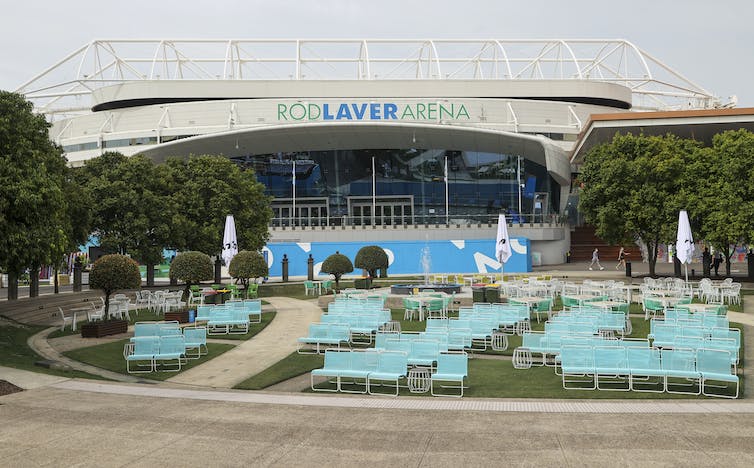 The new case has again raised the question: was it worth hosting the Australian Open? Hamish Blair/AP/AAP

Authorities revealed the man has a “high viral load”. The science around how viral load correlates with infectiousness isn’t definitive, but this suggests he’s been shedding a lot of the virus, and so would have been more likely to spread it to others.

The next 48 hours will be crucial, as authorities continue with tracing and we receive test results from contacts. It could be we have some more cases, although of course we’re all crossing our fingers that we don’t.

If we think back to late December and early January, Victoria’s public health system has shown it can manage a small outbreak. After the virus likely crossed the border from New South Wales, we saw a handful of cases — but this was brought under control rapidly.

Read more: Where did Victoria go so wrong with contact tracing and have they fixed it?

As for the tennis…

As Andrews pointed out, we’re always going to have people coming into hotel quarantine — Australian Open or otherwise. It wasn’t a matter of if, but when, the virus would resurface in Victoria.

Looking at things solely through a public health lens, I would have said we shouldn’t bring people from all over the world to our almost virus-free shores. But I fully understand there are other considerations in making this decision, and that the public health experts advising the government carefully considered the risks and benefits.

Notwithstanding that we need to take this situation seriously, we need to have confidence in what we’ve learned over the past 12 months. Our experiences stand us in good stead to respond effectively and proportionately to this situation as it unfolds.

Ultimately, it comes down to the basics we know from the earliest days of the pandemic: test, trace and isolate. If we can do these things well — and Victoria has certainly improved in all areas — then we should be able to stay ahead of the virus and shut transmission down.