It is easy to understand — on the maps, our country is surrounded by an ocean moat, a natural border. This makes controlling risks arriving from overseas relatively easy as there are limited points at which they can enter New Zealand.

Since February 2, 2020, when a travel ban on non-citizens who had travelled through China was introduced, borders have been very much in the news.

Most recently, Northland iwi announced Te Tai Tokerau Border Control would be introducing check points in the region in response to a community case of COVID-19.

Those actions have been controversial, with the police subsequently closing down the check points on grounds of safety, even though they supported the same checkpoints in August 2020 during the Auckland community outbreak.

Community checkpoints in Te Tai Tokerau have been shut down by police who say they risked public safety and people’s right to travel freely.

This raises the question of what sort of border is Te Tai Tokerau trying to control, and is it a border at all?

There are three important things to realise about borders — humans create them, they don’t just occur at the external edge of a state, and not all borders involve the government.

You may find the first idea challenging. We did not make up our physical geography. The ocean border is real. But humans did create the map that depicts our country. 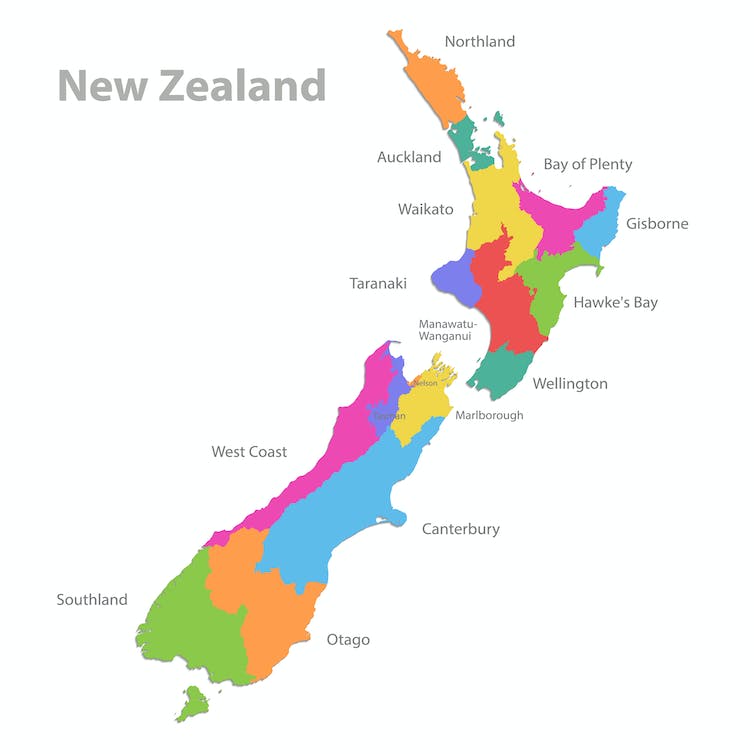 We know from our history that the state of New Zealand originated from British colonisation, that its name is now often referred to as Aotearoa New Zealand, reflecting Te Tiriti o Waitangi.

The Realm of New Zealand includes other states and dependencies — Niue, Cook Islands, Tokelau and the Ross Dependency in Antarctica.

We can now start to see that borders are more than lines on the map. Borders create spaces that can be used for different purposes, such as security or safety, with associated processes.

Borders define ‘us’ and ‘them’

If we are inside a gated community, we will identify with that community and its desire for safety and privacy. Outside the gate is everyone else and, potentially, risk and insecurity. 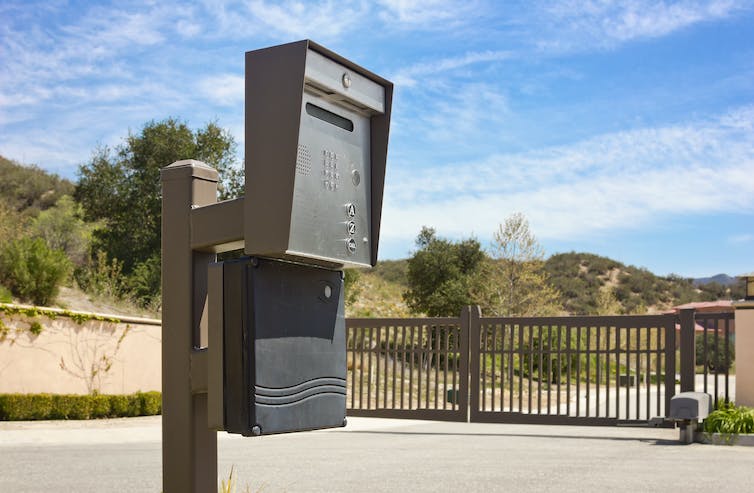 Gated communities also define borders between ‘us’ and ‘them’. Shutterstock/Johnny Habell

To get inside the gated community, particular processes are needed such as membership of the community through ownership of property, or access to a gate key. The means of containment, the border, creates an “us” and “them”.

When we apply this thinking to the external border, our society is bordered by the controls at gateway sea ports and airports. Before foreign visitors pass through these controls, they are “them”.

After they enter New Zealand, we might not know them, but societally they become part of “us”, albeit temporarily.

Managing the COVID-19 threat has involved creating types of borders not familiar to New Zealanders, from societal lockdowns to the creation of specifically bordered spaces — for example, the Managed Isolation and Quarantine facilities (MIQs) and the land borders during the Auckland community outbreak in August.

Most significantly for the many people prevented from travelling internationally, government policy has bordered our lives by keeping us confined to our own island nation.

All these borders have had effects on New Zealand society.

One important effect has been to change whom we identify with — whom we see as “us” and “them”.

Achieving a COVID-free New Zealand has involved creating a range of borders that differentiate, and in some cases separate, the safe “us” from the risky “them”.

Even close family members can temporarily become “them”. We see this in reports of MIQ staff being isolated by their friends, family and business contacts when they are off duty.

Let us now return to those iwi borders. What are they exactly?

Their stated purpose is to protect the iwi population, many of whom are at high risk from COVID-19, as well as provide a community service by preventing the virus spreading.

This type of border raises a further question about who has, or should have, control of different types of borders.

It is hard to argue against Te Tai Tokerau’s case, but in New Zealand law they have no authority to limit the free movement of people. Only agencies of state have that.

Read more: NZ needs an evolving pandemic strategy if it's to keep the public's trust

Multiple borders have always existed in Aotearoa New Zealand. We just haven’t been aware of them before.

These examples start to reveal them. For some people, these new borders are restrictions, for others they provide a certain freedom — maybe not freedom from fear but freedom to move about within different sized bubbles in relative safety.