Based in Melbourne, we set out to find new ways of seeing and understanding aspects of Australian urban life in the 21st century. We did this by walking the city without preconceptions, open and ready to absorb what the streets and sidewalks had to teach.

In search of disturbance and enchantment, we moved, journeyed, observed, discovered, wandered (and wondered), got lost, found ourselves, listened, smelled and meandered through the main streets and back alleyways, the CBDs and suburbs, the parks, cemeteries, buildings and cultures of Melbourne. 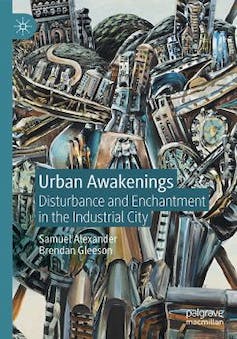 Melbourne Sustainable Society Institute/Palgrave We have reported our year-long project in our new book, Urban Awakenings. We conceived it in early 2019 as a series of urban investigations. We were inspired and guided by the thesis set out in American philosopher Jane Bennett’s book The Enchantment of Modern Life. Bennett acknowledges that modern life in industrialised society comes with heavy environmental burdens and deep social justice concerns. But, troubled though modern life is, she argues it still has the capacity to enchant (and disturb) in ways that inspire engagement with the world and each other. Why seek out enchantment? In Bennett’s hands, a willingness to seek enchantment in everyday life is a necessary precondition of ethical practice and political engagement. It can create the emotional capacity for wonder, compassion, engagement and generosity. Conversely, disenchantment with life poses an ethical and political problem, she maintains, in that it can lead to apathy and resignation. To be disenchanted is to feel one lives in a world that lacks meaning and purpose. A better world becomes unimaginable and so not worth fighting for. Readers might agree it is easy to feel disenchanted in a modern, industrial city, with its concrete, cars, noise, pollution and crowding. 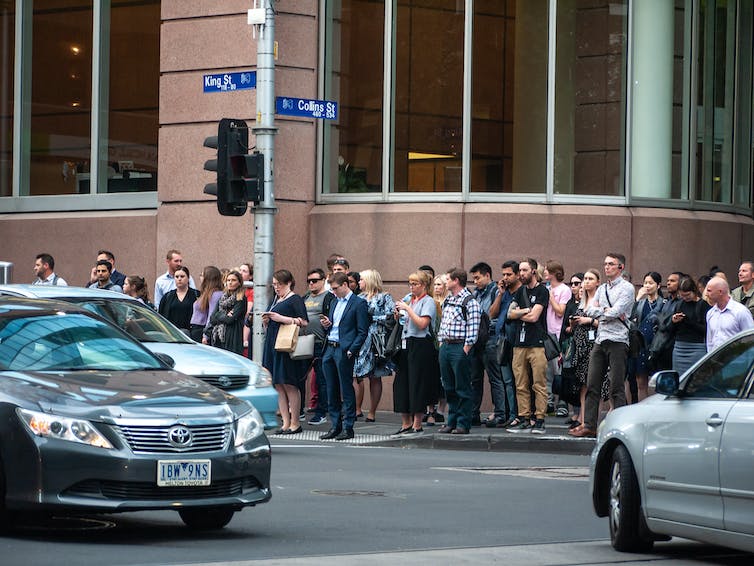 Disenchantment with the crowded, noisy and hectic life of industrial cities can blind us to the possibilities of change. Shuang Li/Shutterstock Read more: What actually is a good city? On the other hand, to actively seek out and appreciate moments of urban enchantment has ethical potential. It can give people the energy — the impulse — to care and engage in a world desperately in need of ethical and political re-evaluation and provocation. To be enchanted — if only for a moment — is to see life as worth living. We can then start to see the world as a place that has the latent capacity to be transformed in more humane and ecologically sane ways. More importantly, enchantment, as we are using the term, provides the propulsion to act and engage. It’s an antidote to apathy, resignation and perhaps even despair. Based on these insights, we contend that effective urban politics must change or challenge not only the way we think about the world, but also how we feel, perceive, judge and experience the world. Urban tramping as method In our book we apply Bennett’s critical philosophy to the urban landscape. We did this by walking our home city, Melbourne, with eyes open to the possibility of enchantment. We describe this as “urban tramping”. We urban tramps were to be free-thinking, free walkers of the city, encumbered only by the duty to absorb what the city had to teach. The “tramp” was to be a distinguishing critical identity that at the same time related us to the various traditions of urban observation: flâneurs, slum journalists, ethnographers, psychogeographers, and so on. Read more: Psychogeography: a way to delve into the soul of a city In other words, we set out to sojourn through urban landscapes with the same sense of wonder and critical attention that a nature walker like Henry David Thoreau embodied as he sauntered through Walden Woods. Nature can enchant and disturb, but what about the city? 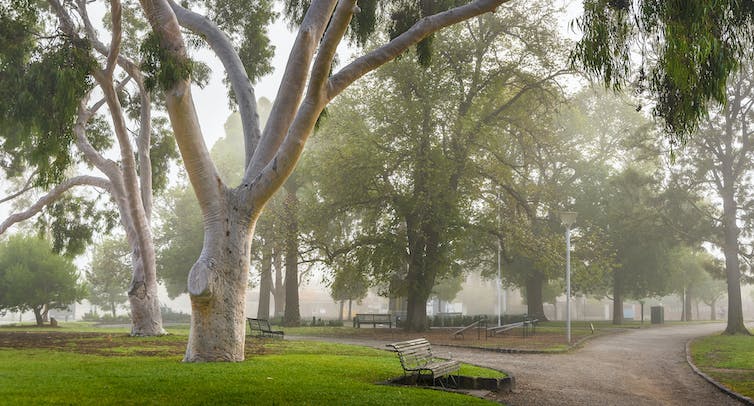 The quest for enchantment took in all parts of Melbourne. ProDesign studio/Shutterstock Urban Awakenings draws inspiration and content from the variety of our urban tramps over the past year or so. We started out from grounds never ceded by the Aboriginal peoples who have lived in what we call Melbourne for countless generations. We recognise the false claims to exclusive sovereignty of a social order established through invasion and violence. In a collection of brief essays based on our perambulations, we record the myriad ways in which we found holes in the main narrative of Western societies today — that free markets and economic growth are the necessary and natural preconditions for modern urban life. Indeed, one journey took us through various cemeteries of Melbourne, inviting reflection on themes of death and finitude even in this (second-most-liveable) city. Read more: Imagining a better world: the art of degrowth A disturbed book Little did we know a pandemic would disrupt our book midway through. It was split into two parts — before-COVID (BC) and after-COVID (AC). Heraclitus, the ancient Greek philosopher, famously said one can never step into the same river twice, since it is always in flux. We would say the same thing about cities. Our BC and AC experience of Melbourne testifies to this rather starkly. 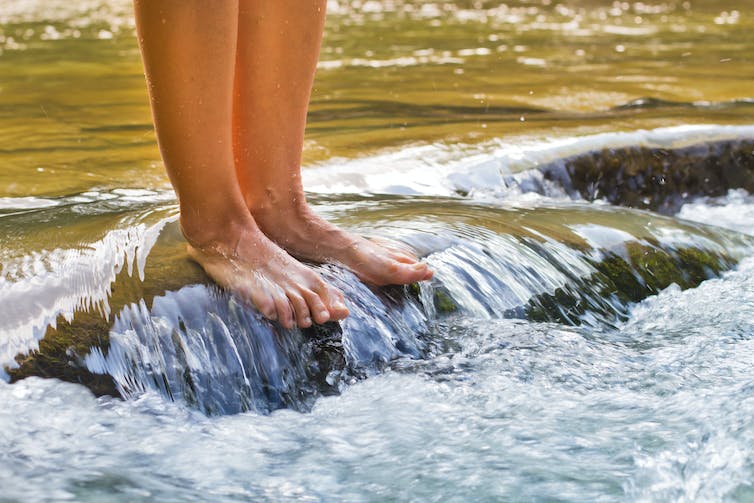 Just as one can never step into the same river twice, each time we set out into the city it is changing. Pavel_Markevych/Shutterstock As it unfolded, the pandemic was yet another historical proof of the vulnerability and contingency of capitalism, especially its latest form, globalised neoliberalism. We recognised this huge, sudden superimposition on our project as an affirmation of its purpose. We walked Melbourne under lockdown (in accordance with the rules) with a keen eye for the many disruptions the virus imposed on free market societies like Australia, especially their paid and unpaid working lives. Read more: I've seriously tried to believe capitalism and the planet can coexist, but I've lost faith Without diminishing the social and physical injuries of the pandemic, it was clear that many of the apparently rigid processes and rhythms of the industrial order could in fact be rapidly suspended and even permanently changed. The sudden relocalisation of everyday life, for example, showed the stressful, polluting rhythms of urban commuting were part of a constructed, not natural, order. In traffic-calmed cities, nature took a breather and found new friends in social hordes who happily occupied newly available green spaces, even median strips in once-busy roads. Many more disturbing enchantments and enchanting disturbances were observable to the tramps’ eyes. Our project ended just as the long lockdown in Melbourne was relaxing. Everyone began to wonder what permanent changes might have been wrought on the hard-wiring of Australia’s “growth machine” cities. It was a good time to reflect on Bennett’s point that to seek enchantment is not to seek magic but rather possibilities for change in the stultifying and unjust workings of the industrial order. The tramps took the project out on the road in Melbourne in 2020 at a time when change was certainly in the air. When we step into the city again tomorrow, no doubt we will find the urban landscape and its inhabitants still in flux.